Accessibility links
Report Details ATF's Use Of Mentally Disabled In Gun Stings : The Two-Way The Milwaukee Journal Sentinel found that agents recruited mentally disabled men, made them a central part of stings and then charged them for crimes committed during the operations.

The Milwaukee Journal Sentinel just published a blockbuster story that's today's must read: Based on court records, police reports and dozens of interviews, the paper details how the ATF used "rogue" tactics — including providing underage youths with alcohol and allowing them to smoke pot — to run storefront gun and drug stings across the country.

In our estimation, the most explosive allegation made in the report is that the agents with the U.S. Bureau of Alcohol, Tobacco, Firearms and Explosives used mentally disabled people to run their stings. 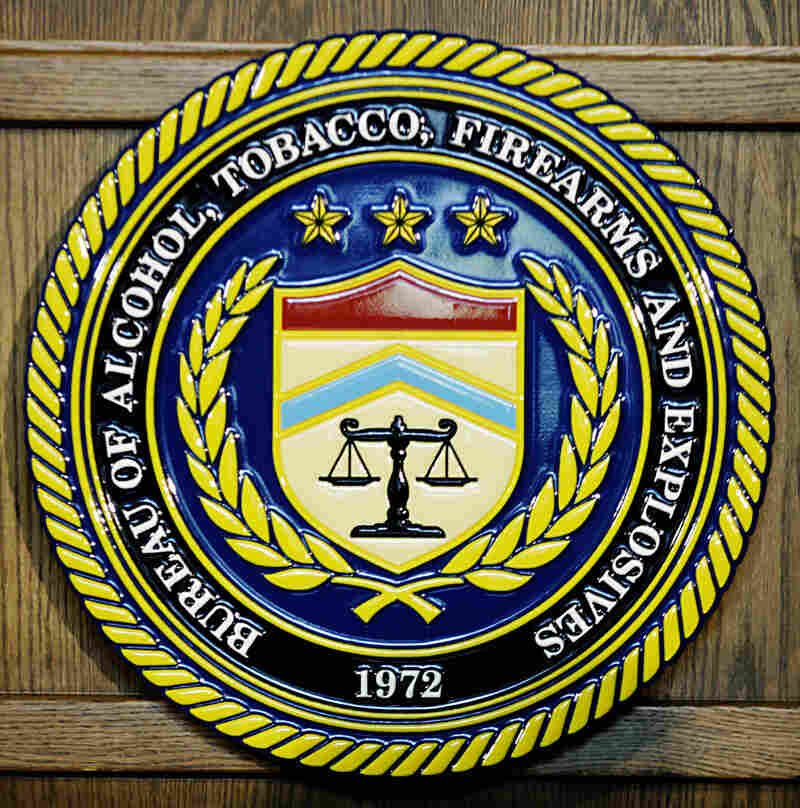 The seal of the US Bureau of Alcohol, Tobacco, Firearms and Explosives photographed in 2007. AFP/Getty Images hide caption 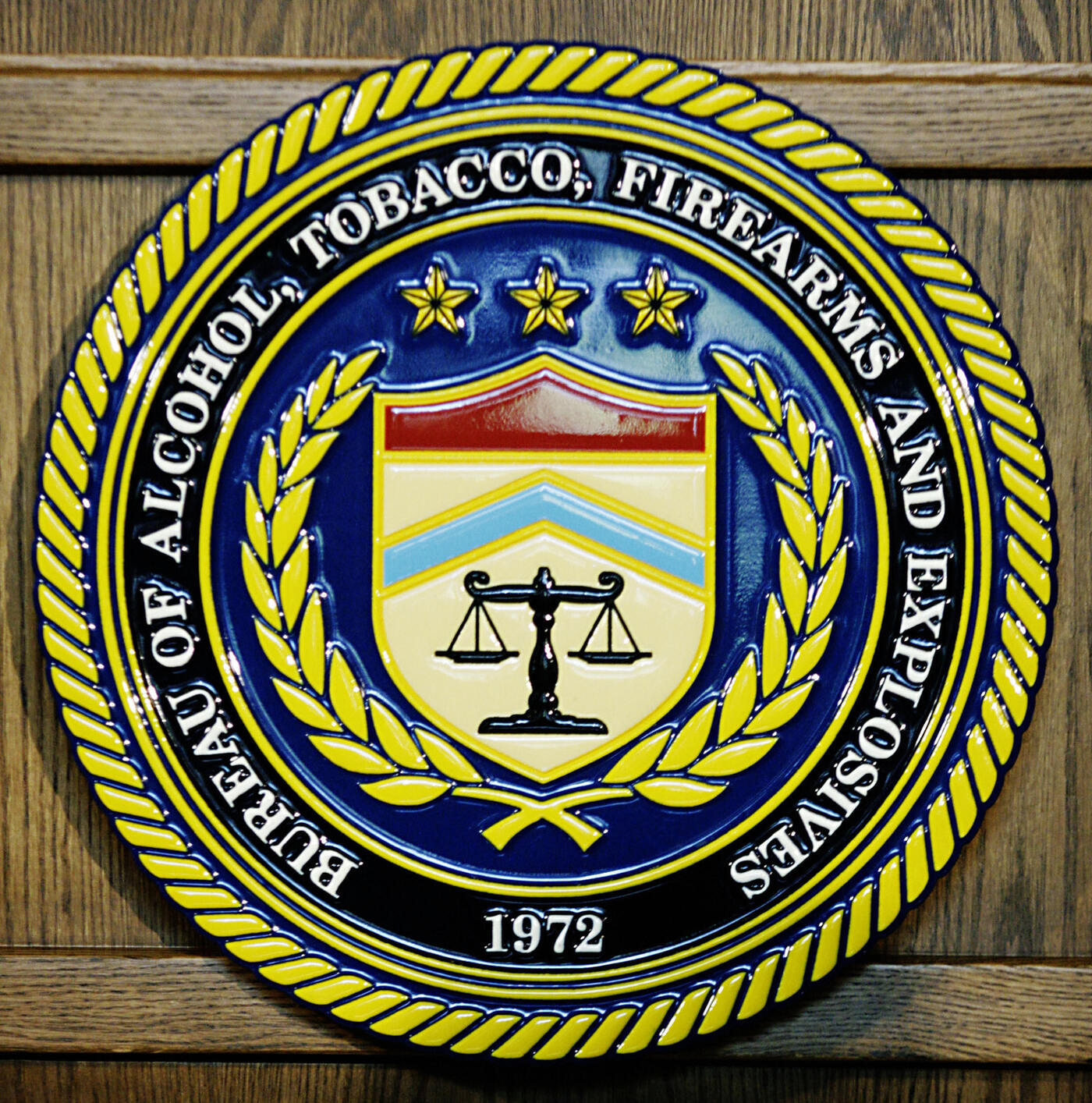 The seal of the US Bureau of Alcohol, Tobacco, Firearms and Explosives photographed in 2007.

In cases across the country, ATF agents recruited mentally disabled men to promote their "businesses" and recruit other illegal gun purchasers. In one case, the paper reports, the agents running Squid's Smoke Shop in Portland, Ore., convinced Aaron Key, 19 and described as "mentally disabled," to get a tattoo of a squid on his neck to promote the store.

Key agreed and agents posted pictures of him to their fake Facebook page. When the sting came to an end, Key was sentenced to 18 months in prison for "selling a sawed-off shotgun and arranging for prostitutes to come to a party being thrown by the undercover agents."

The judge, however, ordered that if Key wanted his tattoo removed, the ATF should pay for it once he is released from prison.

The paper started looking at storefront stings after it reported on a "flawed operation" back in April. The mode of operation was similar: ATF agents made a mentally disabled Milwaukee man a central part of their sting. That brought up questions about tactics and the ATF said it was an "isolated incident."

What the paper reports today, is that the case was not at all isolated. The ATF did not give the Journal Sentinel an interview. Instead, it issued a written statement saying: "Long-term undercover investigations are one of many tools used by ATF in locations that have high levels of violence occurring in the demographics and a mechanism is needed to rid the area of a large volume of individuals (as) opposed to a handful of individuals."

The whole investigation is worth a read, so we encourage you to click on over.