Accessibility links
Curiosity Finds Evidence Of Ancient Freshwater Lake On Mars : The Two-Way "It's the kind of water where if you were really dying, you could drink it, but you probably wouldn't bottle it for resale," says the chief scientist of the Curiosity mission. Scientists say the lake could have sustained life billions of years ago. 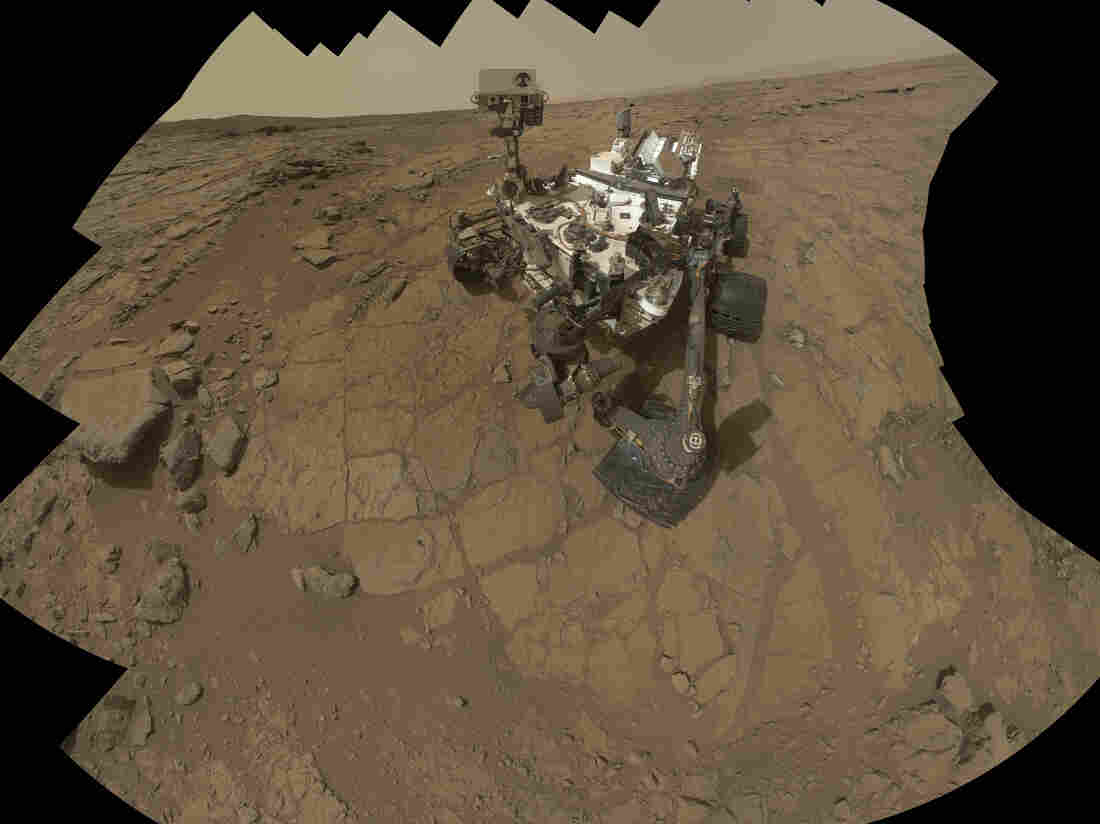 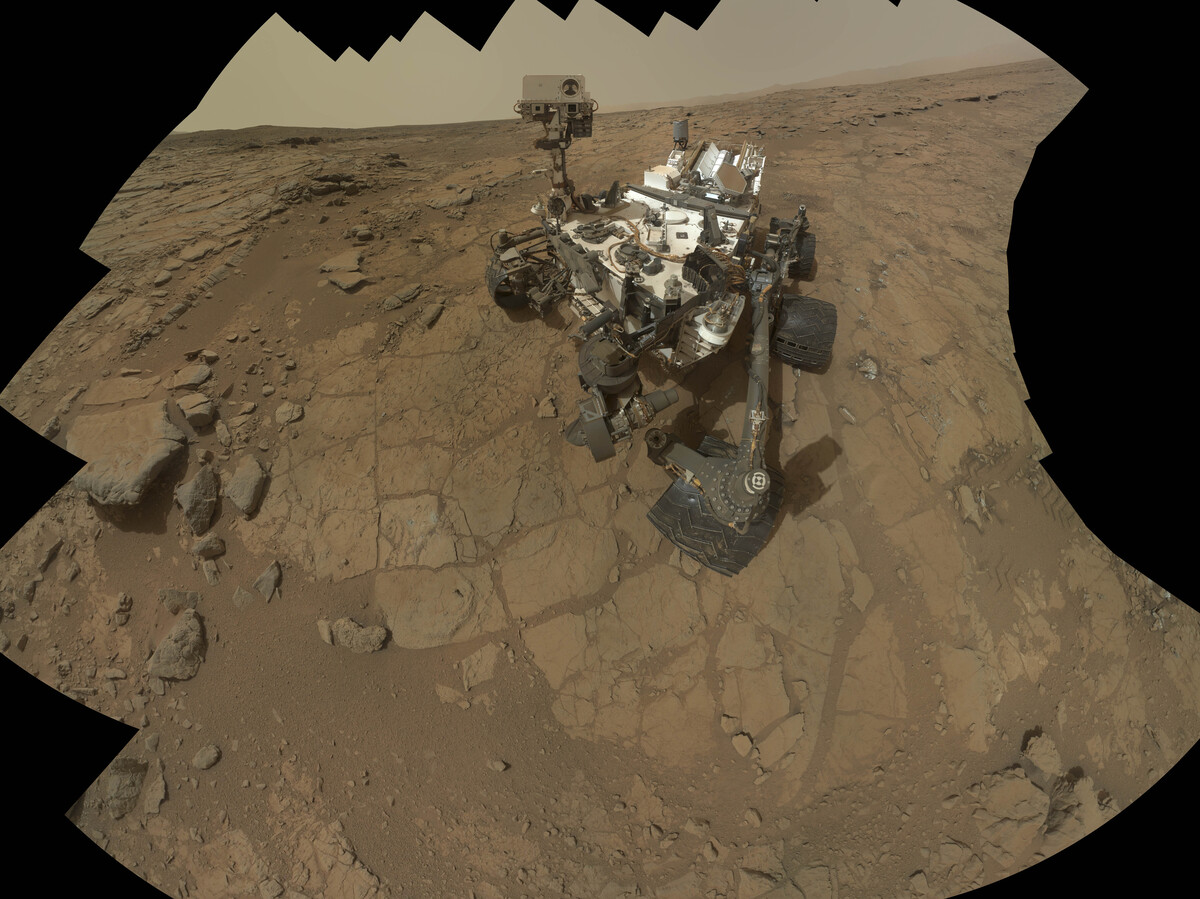 The Mars rover Curiosity took this self-portrait in February.

NASA's Curiosity rover has found evidence of an ancient (nearly) freshwater lake on Mars that could have sustained life billions of years ago.

The salinity in the lake, which covered a small part of the 96-mile-wide Gale Crater, would have been so low that it could "plausibly be described as drinkable," according to The Washington Post. The findings are being published in six separate papers on Monday in the journal Science.

Grotzinger says the clay-rich minerals in the rock indicate it was a relatively freshwater lake, making it more suitable to a wider range of possible life forms. "It's the kind of water where if you were really dying, you could drink it, but you probably wouldn't bottle it for resale."

"The chemistry of the lake would have been congenial to organisms known as chemolithoautotrophs — mineral-eaters. Whether such organisms, which thrive on Earth in exotic environments such as caves and deep-sea hydrothermal vents, actually existed on the young Mars is a question Curiosity lacks the tools to answer."

NPR's Geoff Brumfiel says scientists think "the lake was part of a network of streams and aquifers that resembles our own planet."

As Space.com reported in September, there's been a veritable flood of evidence collected by Curiosity over the past several months that water once flowed on Mars.

" 'We know that on Mars there was what we interpret to be a habitable environment, where water was good enough for us to drink,' Melissa Rice, of the California Institute of Technology in Pasadena, said after a presentation on imaging results from Curiosity's workhorse Mastcam instrument.

"She talked about rocks that Curiosity studied earlier this year, finding evidence that ancient Mars could have supported microbial life.

" 'We know that we had an initial habitable environment when these rocks formed, and then sometime later — we don't know when — these rocks had water flowing through them, through these fractures, leaving calcium sulfate behind,' Rice said. 'We don't know if that era would have also been habitable, but it tells us that there were at least two major wet stages.' "