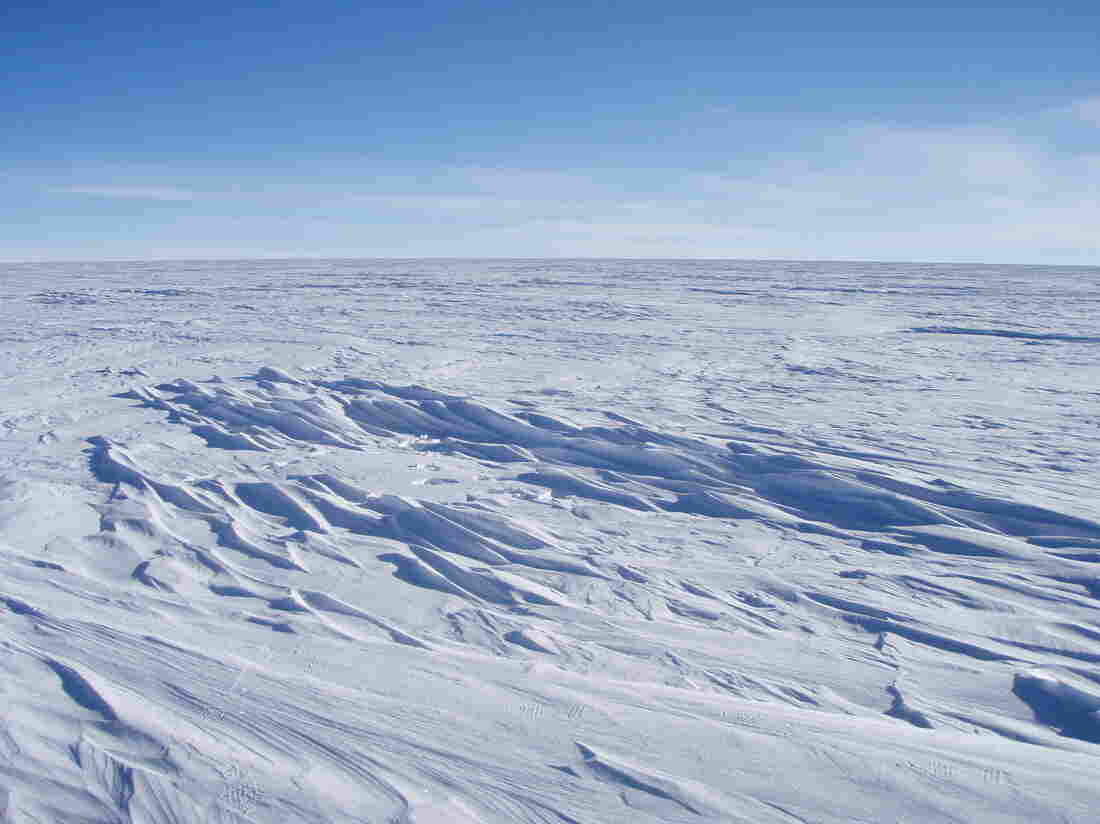 Sastrugi stick out from the snow surface in this photo near Plateau Station in East Antarctica. Most of Antartica looks quite flat, despite the subtle domes, hills, and hollows. Atsuhiro Muto/ National Snow and Ice Data Center hide caption 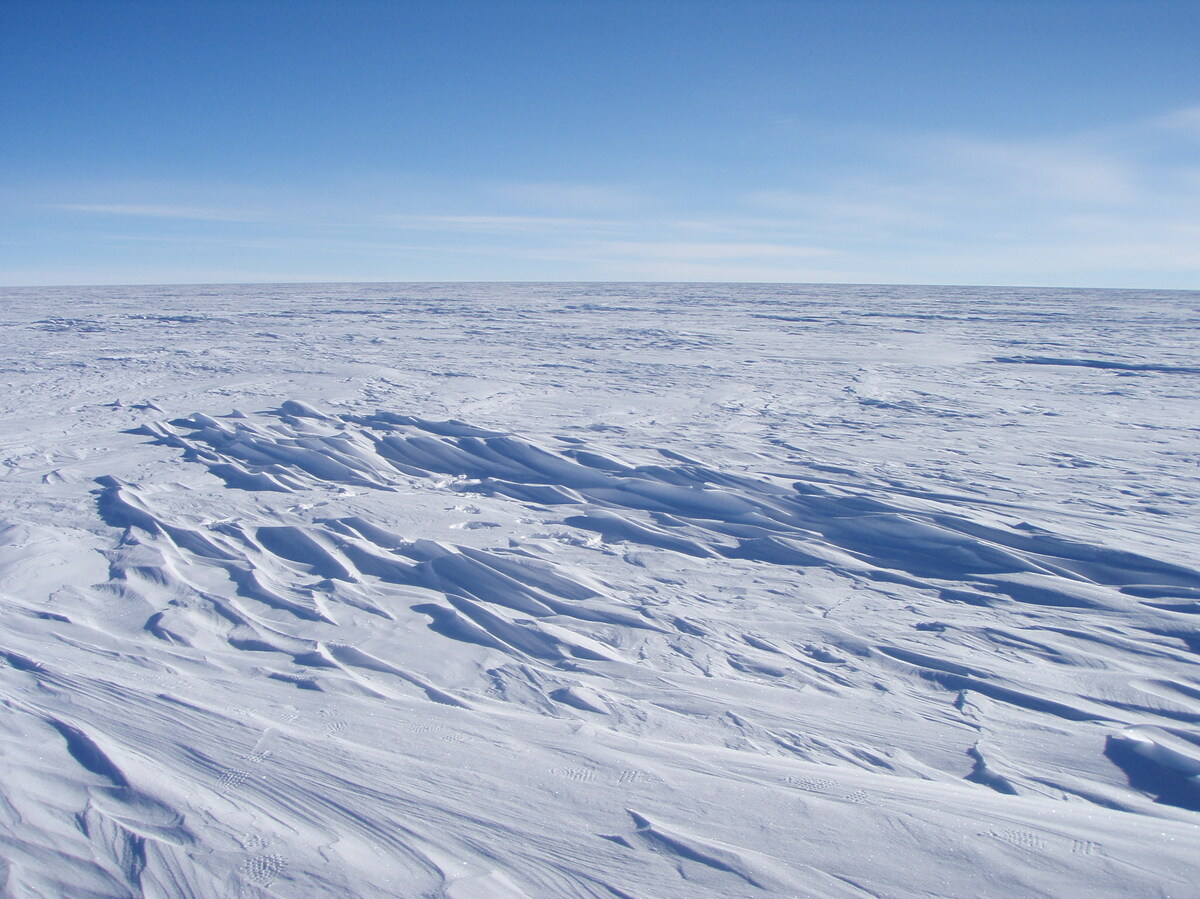 Sastrugi stick out from the snow surface in this photo near Plateau Station in East Antarctica. Most of Antartica looks quite flat, despite the subtle domes, hills, and hollows.

Using data from a NASA satellite, scientists at the National Snow and Ice Data Center (NSIDC) say they have now pinpointed the coldest place on Earth.

On a 1,000 kilometer swath of the highest section of the East Antarctic ice divide, scientists measured temperatures of -134 to -137 degrees Farenheit.

That is about 8 degrees lower than the coldest temperature ever recorded. The AP reports the old record — -128.6 degrees — was measured by thermometers in Vostok, Antartica, in 1983.

"Ice scientist Ted Scambos at the National Snow and Ice Data Center said the new record is '50 degrees colder than anything that has ever been seen in Alaska or Siberia or certainly North Dakota.'

"'It's more like you'd see on Mars on a nice summer day in the poles,' Scambos said, from the American Geophysical Union scientific meeting in San Francisco Monday, where he announced the data. 'I'm confident that these pockets are the coldest places on Earth.'

"However, it won't be in the Guinness Book of World Records — or recognized by the World Meteorological Organization (WMO), the official keepers of world weather records — because the readings were measured by satellites, not from thermometers, Scambos said."

If you're staring out a window and looking at some snow right now, you might be wondering just how different 20 degrees feels from -137 degrees. In a statement Scambos said: "I've never been in conditions that cold and I hope I never am. I am told that every breath is painful and you have to be extremely careful not to freeze part of your throat or lungs when inhaling."

Scambos explains that conditions have to be just right to reach this extreme:

"Under clear winter skies in these areas, cold air forms near the snow surface. Because the cold air is denser than the air above it, it begins to move downhill. The air collects in the nearby hollows and chills still further, if conditions are favorable.

"'The record-breaking conditions seem to happen when a wind pattern or an atmospheric pressure gradient tries to move the air back uphill, pushing against the air that was sliding down,' Scambos said. 'This allows the air in the low hollows to remain there longer and cool even further under the clear, extremely dry sky conditions,' Scambos said. 'When the cold air lingers in these pockets it reaches ultra-low temperatures.'"

NASA put together this video to give you an idea of where this place is and what the topography looks like: