Accessibility links
Lawmakers In Uruguay Vote To Legalize Pot : The Two-Way The country's President Jose Mujica says the prohibition of cannabis hasn't worked. The new law would allow the growing, selling and using of the drug. 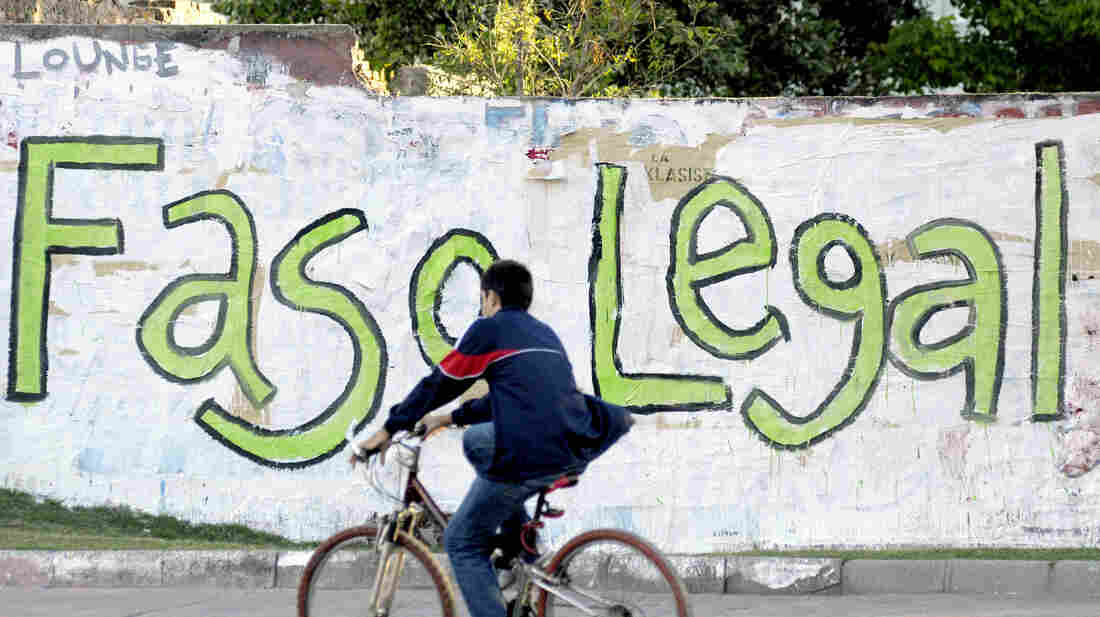 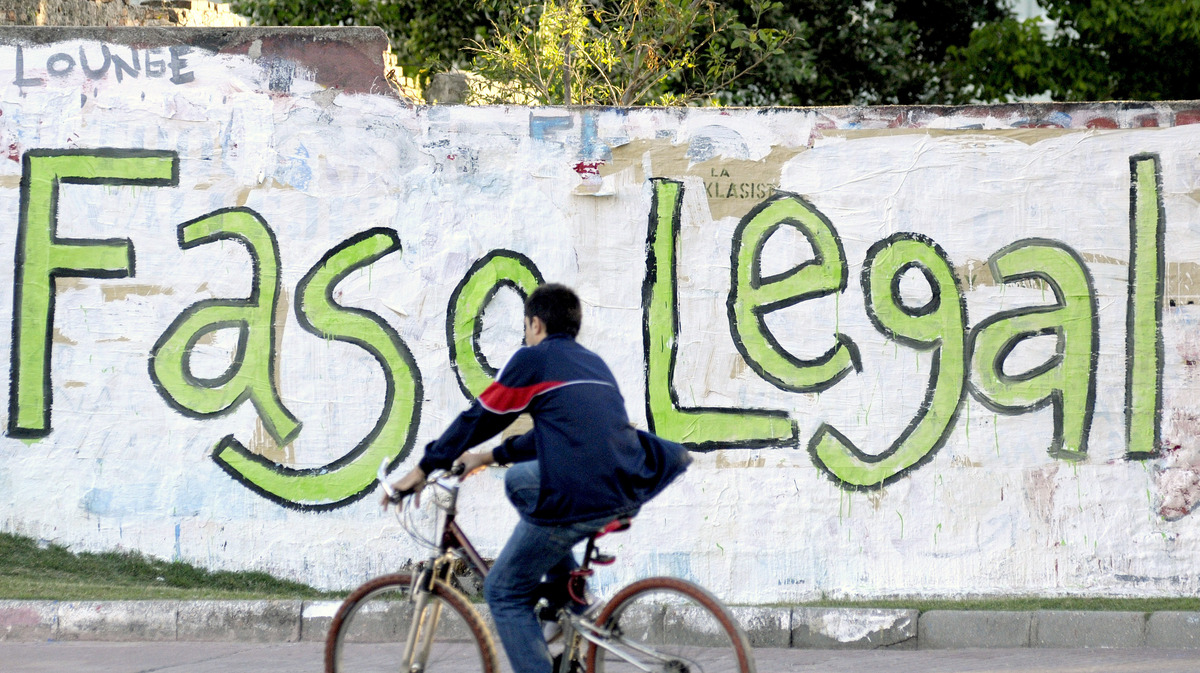 A bicycle passes graffiti that reads in Spanish, "Legal pot," in Montevideo, Uruguay, in November 2012.

Uruguay will become the world's first country to approve the growing, selling and use of marijuana, after the country's Senate voted for the change, which the president has promised to sign into law.

Reuters describes the move as "a pioneering social experiment that will be closely watched by other nations debating drug liberalization."

Sen. Constanza Moreira, who voted with the majority, called the vote on Tuesday "an historic day."

"Many countries of Latin America, and many governments, will take this law as an example," she said.

The Senate vote was 16 to 13, with the ruling Broad Front majority united in favor, The Associated Press says.

Reuters says that under the new law, set to go into effect in April, "Cannabis consumers will be able to buy a maximum of 1.4 ounces each month from licensed pharmacies as long as they are Uruguayan residents over the age of 18 and registered on a government database that will monitor their monthly purchases."

"When the law is implemented in 120 days, Uruguayans will be able to grow six marijuana plants in their homes a year, or as much about 17 ounces, and form smoking clubs of 15 to 45 members that can grow up to 99 plants per year."

Even so, the AP writes:

"Two-thirds of Uruguayans oppose a government-run marijuana industry, according to opinion polls. But [President Jose Mujica] said he's convinced the global drug war is a failure and feels bureaucrats can do a better job of containing addictions and beating organized crime than police, soldiers and prison guards."