Accessibility links
FBI Agents Support Bipartisan Spending Deal : The Two-Way The bureau, which says it's been hard-hit by sequestration cuts, hopes the compromise plan will forestall furloughs and bring it back to full capacity. 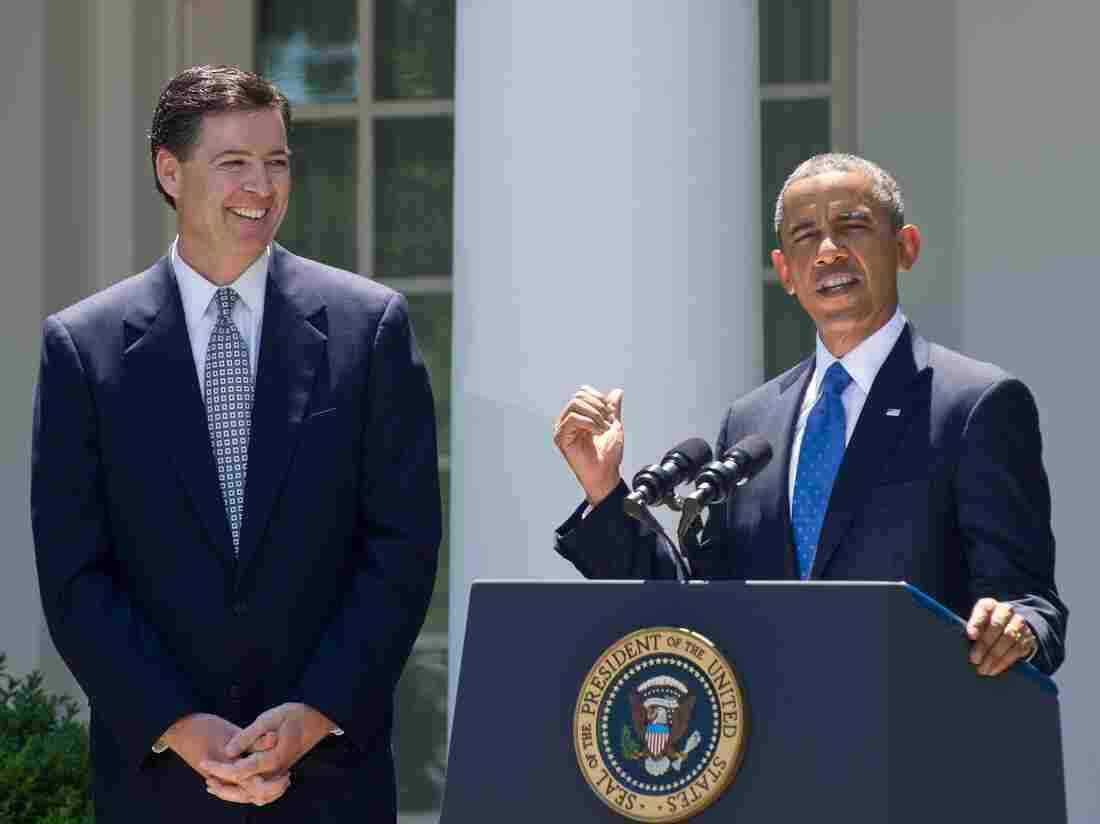 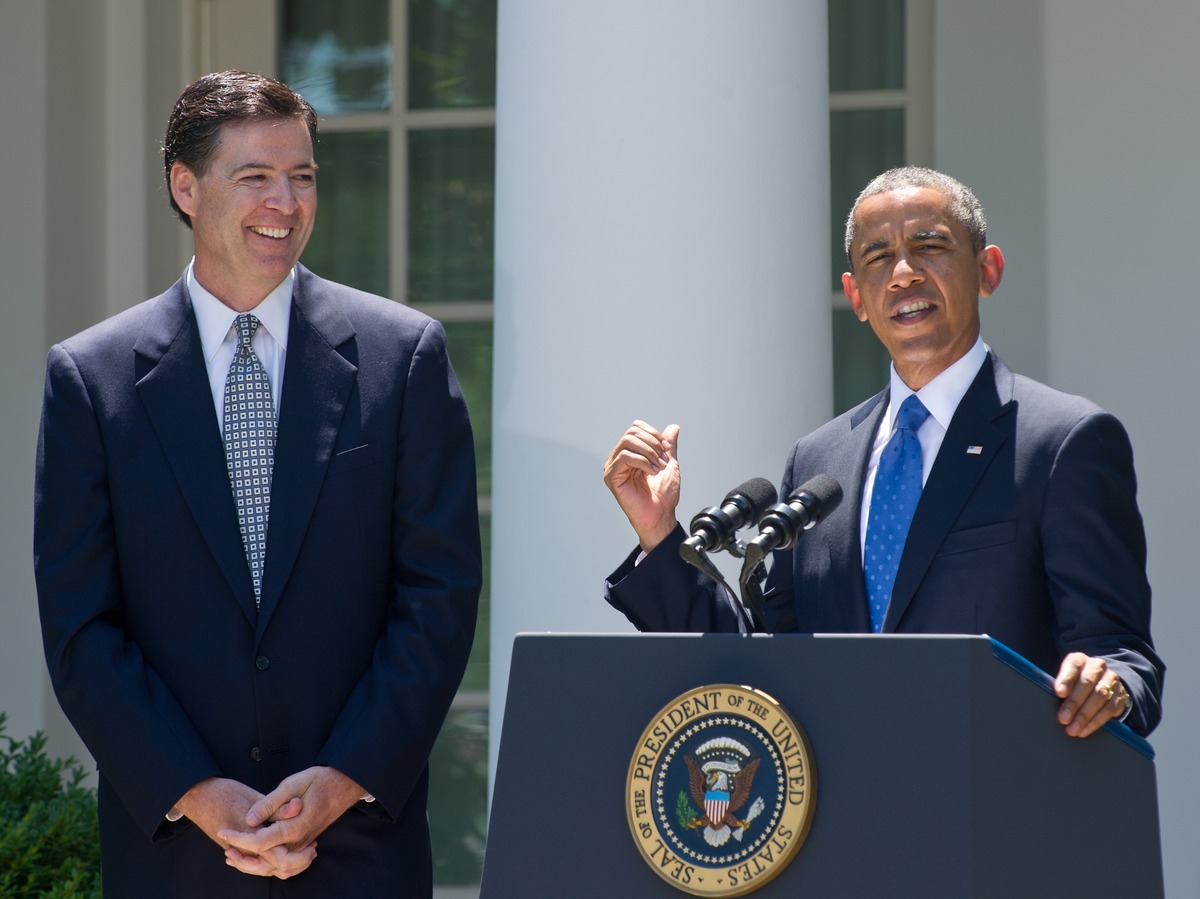 James Comey in the White House Rose Garden as President Obama nominates him for the top FBI post on June 21.

FBI agents across the country have been among the most vocal opponents of the spending cuts triggered by sequestration, warning about everything from having to abandon surveillance work to a lack of gas money.

But the FBI Agents Association, hoping to avert further cutbacks next year, is throwing its clout behind the bipartisan spending plan unveiled on Tuesday by GOP Rep. Paul Ryan of Wisconsin and Democratic Sen. Patty Murray of Washington.

The sequestration fallout for the bureau has been significant — no new hires, empty parking lots at the training center in Quantico, Va., and damaged relationships with local and international police.

"The Bipartisan Budget Act of 2013 would help alleviate some of these budgetary pressures by lifting the threat of over $700 million in additional sequestration cuts and providing appropriators with additional funds that can be used to support the vital work of FBI Special Agents," FBI Agents Association President Reynaldo Tariche writes in a letter obtained by NPR.

Tariche thanks lawmakers for their work but expresses concern about increased pension payments for federal employees hired after Dec. 31. Agents have been working under a pay freeze that dates to 2010, and Tariche says, "we are concerned that further cuts will undermine recruitment and retention efforts." But overall, the agents association says, the deal has the agents' support.

At the headquarters of the FBI in Washington, contingency planning is already underway for as many as two weeks of unpaid furlough for employees in 2014.

A source at headquarters said no one is "anywhere near celebrating" but, if the budget compromise wins approval, it looks to "get us back to a reasonable place" that could avert furloughs.

The agency has long been among the most adept at controlling purse strings on Capitol Hill, in part because of support from senior Appropriations Committee Chairwoman Sen. Barbara Mikulski, D-Md. And the budget woes have been a top priority for new FBI Director James Comey, who has mentioned them in visits to offices around the country and in sessions with reporters.