Accessibility links
NASA: Trouble With Space Station Cooling System Is No Emergency : The Two-Way One of two systems used to dissipate heat from the station's onboard system is acting up, but the space agency says it's not a dangerous situation for the moment.

NASA: Trouble With Space Station Cooling System Is No Emergency

NASA: Trouble With Space Station Cooling System Is No Emergency 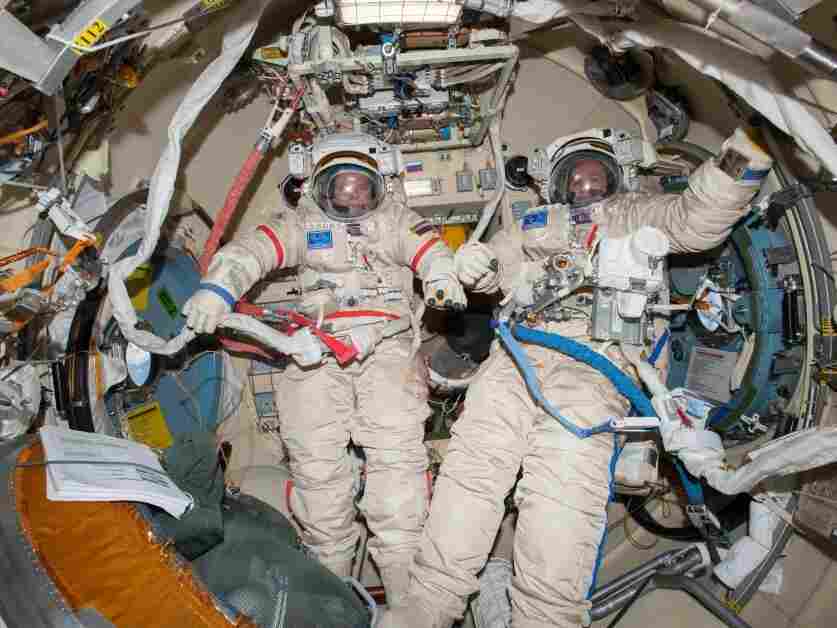 Commander Oleg Kotov (left) and Sergey Ryanzansky, preparing for a spacewalk aboard the ISS on Nov. 9. NASA hide caption 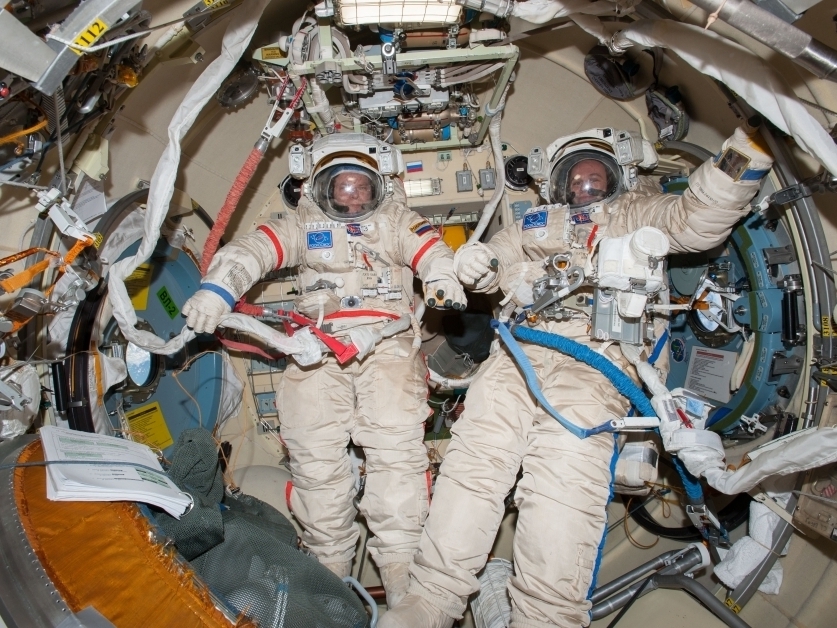 Commander Oleg Kotov (left) and Sergey Ryanzansky, preparing for a spacewalk aboard the ISS on Nov. 9.

One of two cooling systems aboard the International Space Station is experiencing problems, but there's no imminent danger to the crew of six, NPR's Joe Palca reports.

NASA spokesman Kelly Humphries says a faulty external pump briefly stopped working on the orbital outpost and that as a precaution, the three Russians, two Americans and one Japanese crewmember aboard have shut down some minor operating systems to reduce the power load.

Humphries said the situation is not an emergency for the moment.

Palca says the cooling system is needed to dissipate heat from the station's many onboard systems.

"This has happened in the past, and without both cooling systems operating, the crew has to curtail normal operations aboard the station," Palca says. "But also in the past, with the help of engineers on the ground, the crew has been able to fix the problem."

That was in 2010, and astronauts had to do three spacewalks to set things straight.

Humphries says that those engineers are trying to figure out if the problem is a hardware or software issue.

Space.com has a diagram of the dual cooling systems here.

The Associated Press quotes NASA spokesman Bob Jacobs as saying "a valve on a pump on one of the station's two external cooling loops shut down because it was too cool."