Accessibility links
Mandela Sign Language Interpreter Says He Had Schizophrenic Episode : The Two-Way Thamsanqa Jantjie was widely criticized as a "fake" for his performance at Nelson Mandela's memorial service. He now says he was hearing voices and seeing hallucinations, according to media reports. 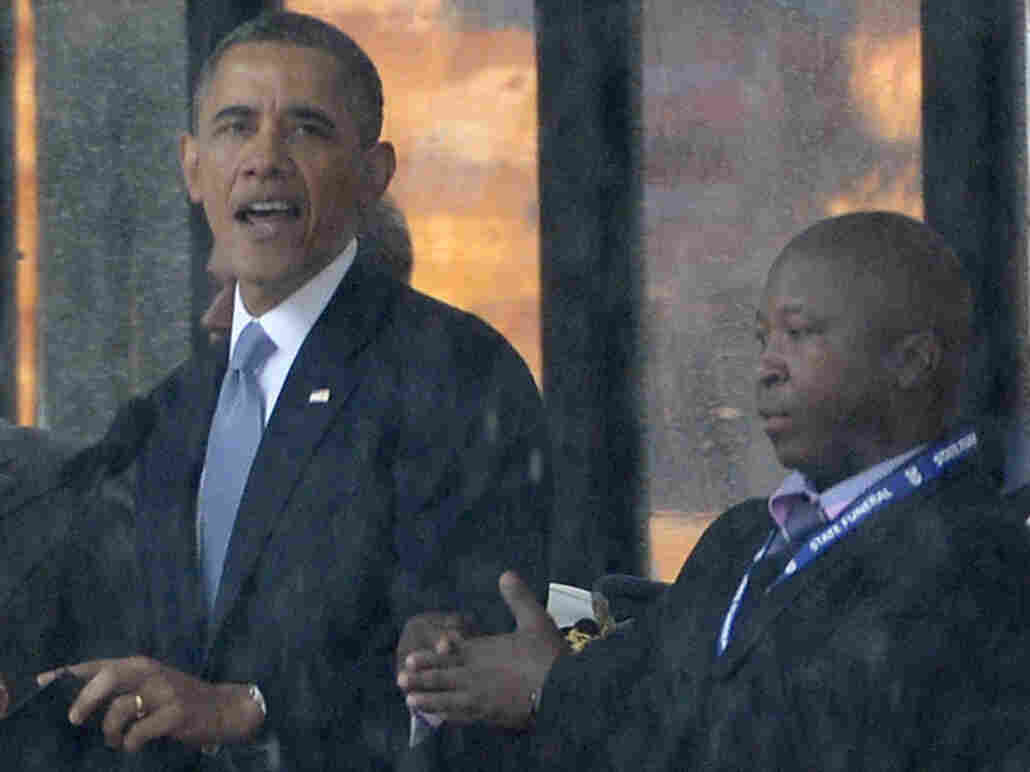 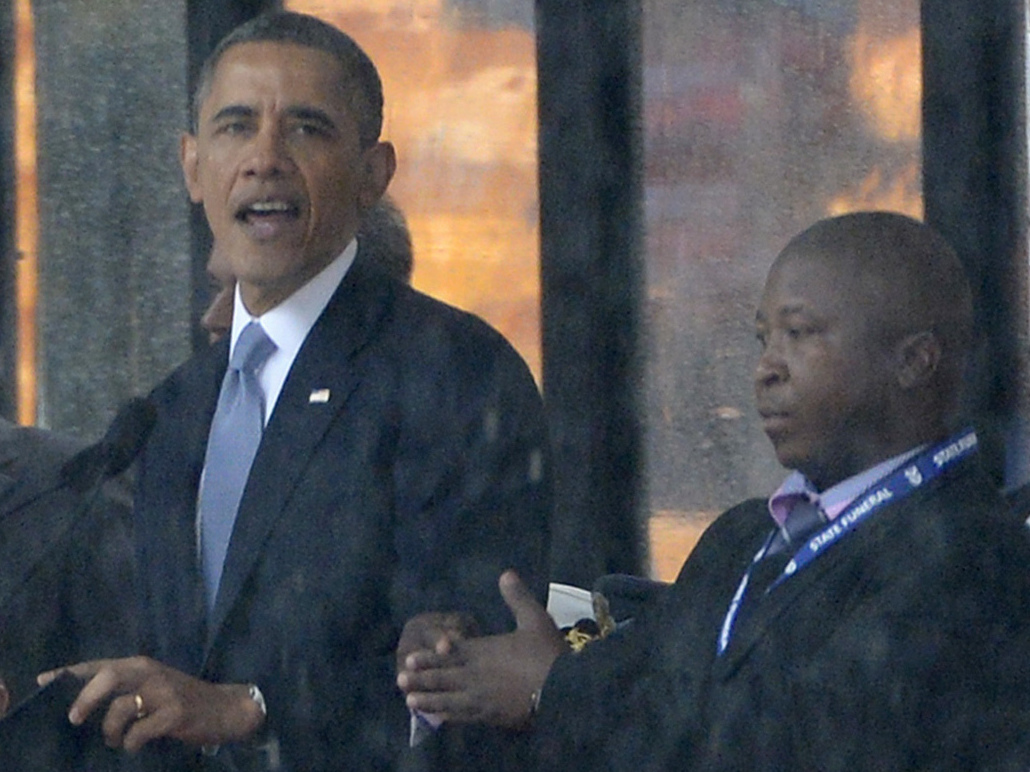 Thamsanqa Jantjie, 34, appeared alongside President Obama and other world leaders during Tuesday's memorial for Nelson Mandela in Johannesburg, South Africa. Many in the deaf community are outraged over Jantjie's sign language interpretation.

The sign language interpreter widely criticized as a "fake" for his performance at Nelson Mandela's memorial service in South Africa says he suffered a schizophrenic episode while on stage, a South African newspaper reported Thursday.

Thamsanqa Jantjie, 34, claims he "lost concentration, and started hearing voices and hallucinating," according to Johannesburg's The Star.

He is quoted as saying, "There was nothing I could do. I was alone in a very dangerous situation. I tried to control myself and not show the world what was going on. I am very sorry, it's the situation I found myself in."

Jantjie reportedly told The Associated Press on Thursday that he had visions of "angels" and previously has been violent.

During Tuesday's memorial service, Jantjie appeared on stage alongside top South African officials and numerous heads of state. He was also within a few feet of President Obama, who eulogized Mandela in a speech that received roars of approval from the tens of thousands of people who packed the country's largest soccer stadium.

Sign language groups in South Africa and around the world that said Jantjie's signing was unintelligible and that he lacked the facial expressions that are crucial in conveying a speaker's words.

The Two-Way reported Wednesday that:

"Among those who noticed what was happening was Wilma Newhoudt, the first deaf person elected to South Africa's parliament and a vice president of the World Federation of the Deaf.

" 'Shame on this male so called interpreter on the stage," she wrote on Twitter during the memorial service. 'What is he signing? He knows that the deaf cannot vocally boo him off. Shame on him!' "

Jantjie went on the radio Thursday and defended his work, repeatedly insisting that he is qualified to serve as an interpreter for such a major event.

"I've interpreted many big events. There was no one at all that said I interpreted wrong," he told Johannesburg's Talk Radio 702. He added: "If I was interpreting wrong through these years, why should it become an issue now? It's one of the questions I've never ever gotten an answer for."

Jantjie told the radio station that the African National Congress, Mandela's political party, had hired him through SA Interpreters, the company where Jantjie has worked for many years.

The ANC has denied that it hired Jantjie and says it is investigating the incident.

But a South African deputy Cabinet minister said Thursday that "a mistake happened" in Jantjie's hiring, the AP reported.

The news service says that:

"Hendrietta Bogopane-Zulu said Thursday that government officials have tried to track down the company that provided Thamsanqa Jantjie but that the owners 'have vanished into thin air.' Deputy Minister of Women, Children and People with Disabilities Bogopane-Zulu apologized to deaf people offended around the world by what they say was Jantjie's incomprehensible signing.

"She says an investigation is under way to determine how Jantjie received a security clearance."