Accessibility links
Thai Protest Leader Says Heads Of Military, Police To Meet Him : The Two-Way Suthep Thaugsuban says the supreme commanders of the army, navy, air force and police have agreed to meet him in a move likely to spark concerns of a possible coup. 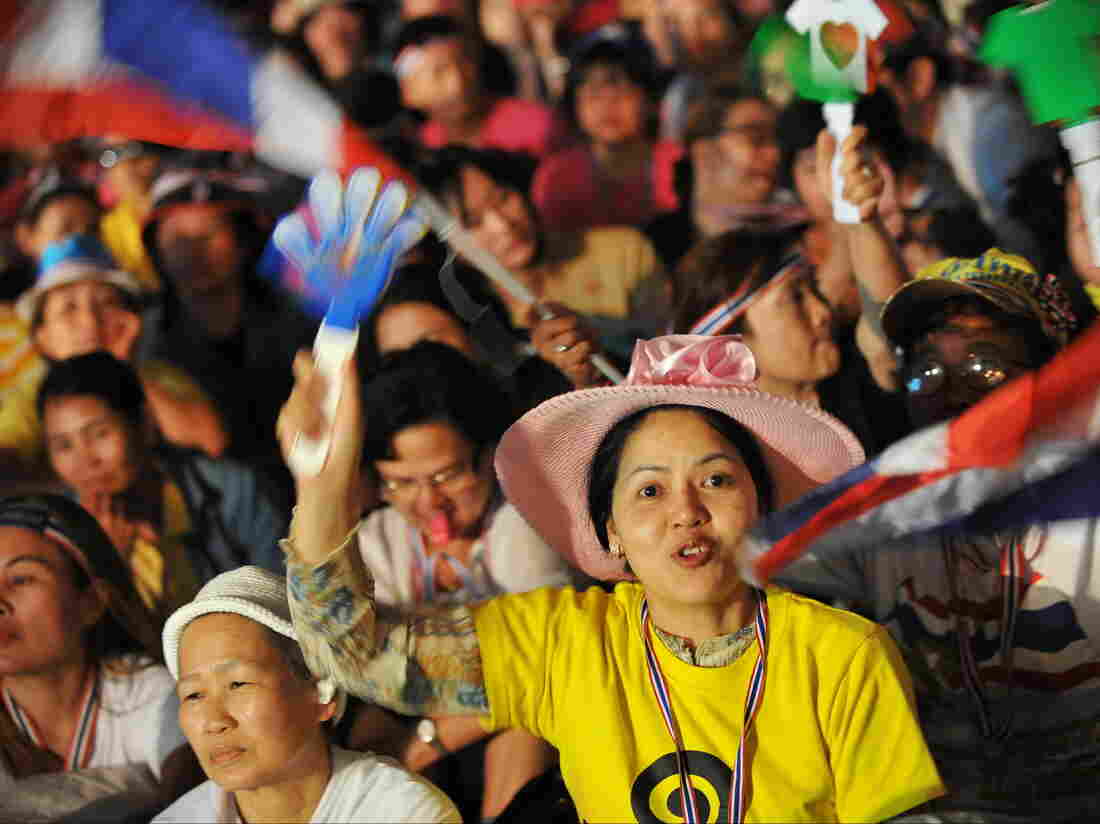 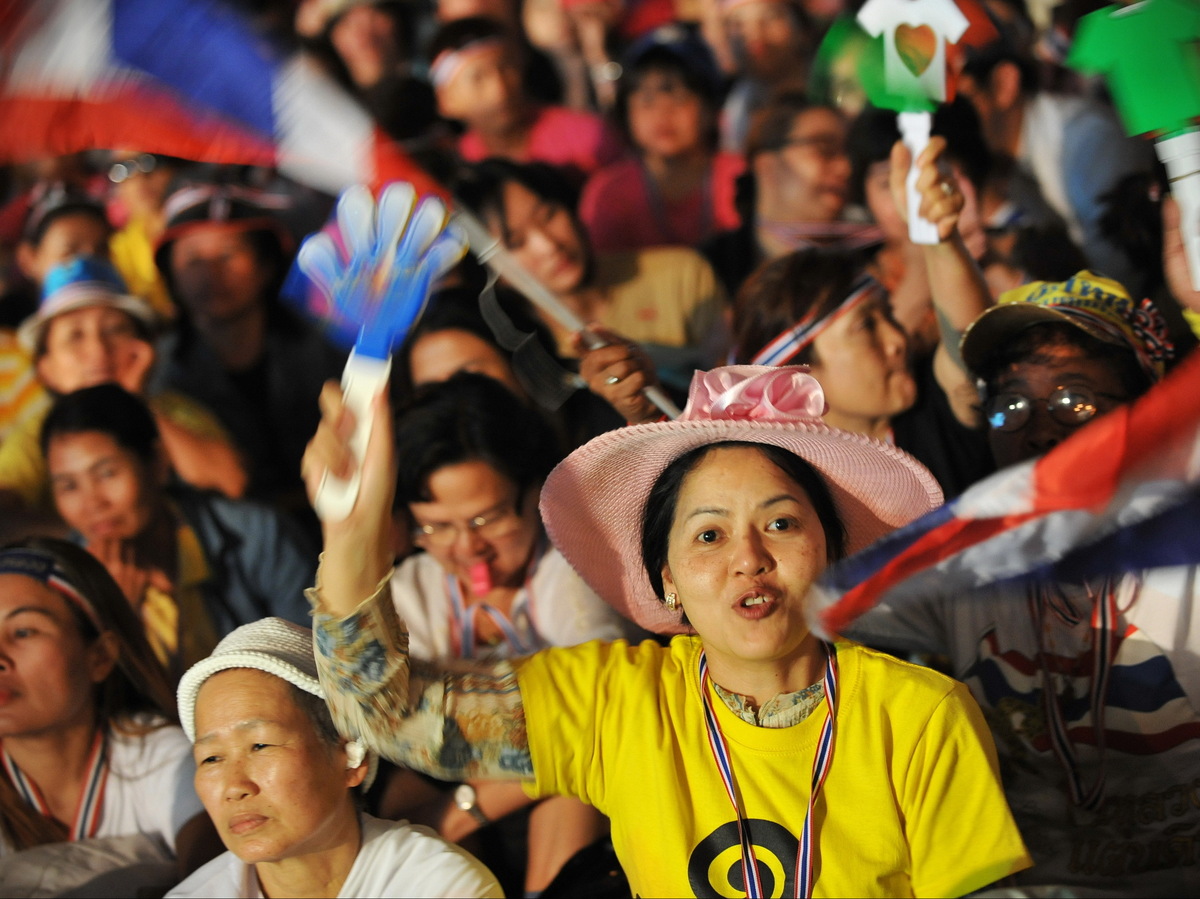 The leader of massive anti-government protests in Thailand says the chiefs of the country's military branches and police force have agreed to meet and hear him out on "political reforms" — a move likely to spark concern over a possible coup similar to the one that overthrew the prime minister in 2006.

The Bangkok Post reports that Suthep Thaugsuban, who has already declared a self-styled parallel administration and called for Thailand's elected government to be replaced with an appointed council, told a crowd of supporters that the supreme commanders of the army, navy, air force and police would meet with him on Saturday. He said they had agreed to hear his ideas for political reform in the country of 65 million.

The report comes on the same day that "yellow-shirt" supporters of Suthep's People's Democratic Reform Committee stormed Prime Minister Yingluck Shinawatra's office in the capital, Bangkok, and shut off the electricity to the building. Yingluck, who has said she will not use force against the protesters, was outside the capital when the takeover occurred.

"I thank the supreme commander and the armed force leaders for allowing [yellow shirt] leaders to represent the people and to directly clarify the will of the masses and to explain why they have risen up to fight for changes in the country, instead of communicating with them through the press," Suthep said.

The latest round of unrest in Thailand heated up last month when the lower house of parliament passed an amnesty bill that would have paved the way for the return of Yingluck's self-exiled billionaire brother, former Prime Minister Thaksin Shinawatra, who was deposed in the 2006 coup and still faces corruption charges.

Yingluck's government later withdrew the amnesty bill and earlier this month dissolved parliament and called for early elections to be held on Feb. 2 in what has so far been an unsuccessful attempt to quell the mass demonstrations. She has also issued a call for talks with the protesters.

On Thursday, Suthep told a business group in the capital that he would "do everything to stop the next election," according to the Post.

"I'm confident that I can do it," he reportedly said.

The legacy of Thaksin, a telecom tycoon who served as premier for five years beginning in 2001, roughly splits the country between middle- and upper-class urban Thais who opposed his populist policies, and poorer, rural Thais, from the country's north and northeast rice-growing regions. The yellow shirts accuse him of corruption in both his government and business dealings and oppose rice subsidies and a low-cost health scheme for the poor enacted during his tenure.

Protest leader Suthep, who as deputy prime minister oversaw the police and army in a 2010 crackdown on pro-Thaksin "red shirt" protesters that left about 90 dead and more than 2,000 wounded, pleaded not guilty on Wednesday to murder charges related to the incident. The prime minister at the time of the unrest, Abhisit Vejjajiva, also faces murder charges.