Accessibility links
Obama's 'You Can Keep It' Promise Is 'Lie Of The Year' : The Two-Way The nonpartisan PolitiFact has given the president's claim about his health care program a dubious honor. Obama said that "if you like your health care plan, you can keep it." When it became clear that wasn't correct, the White House tried to "rewrite his slogan," the fact checkers say.

Obama's 'You Can Keep It' Promise Is 'Lie Of The Year'

Obama's 'You Can Keep It' Promise Is 'Lie Of The Year' 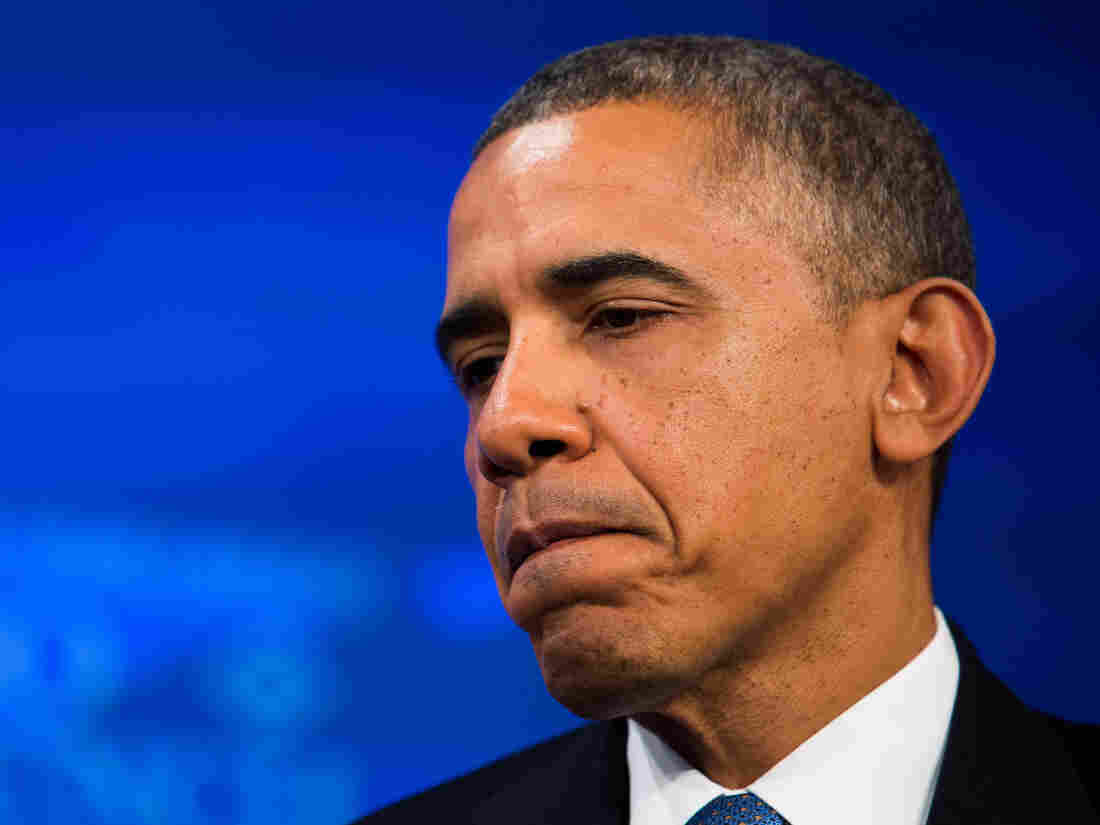 President Obama: He's been called out on one of his highest-profile promises. Drew Angerer/pool/Getty Images hide caption 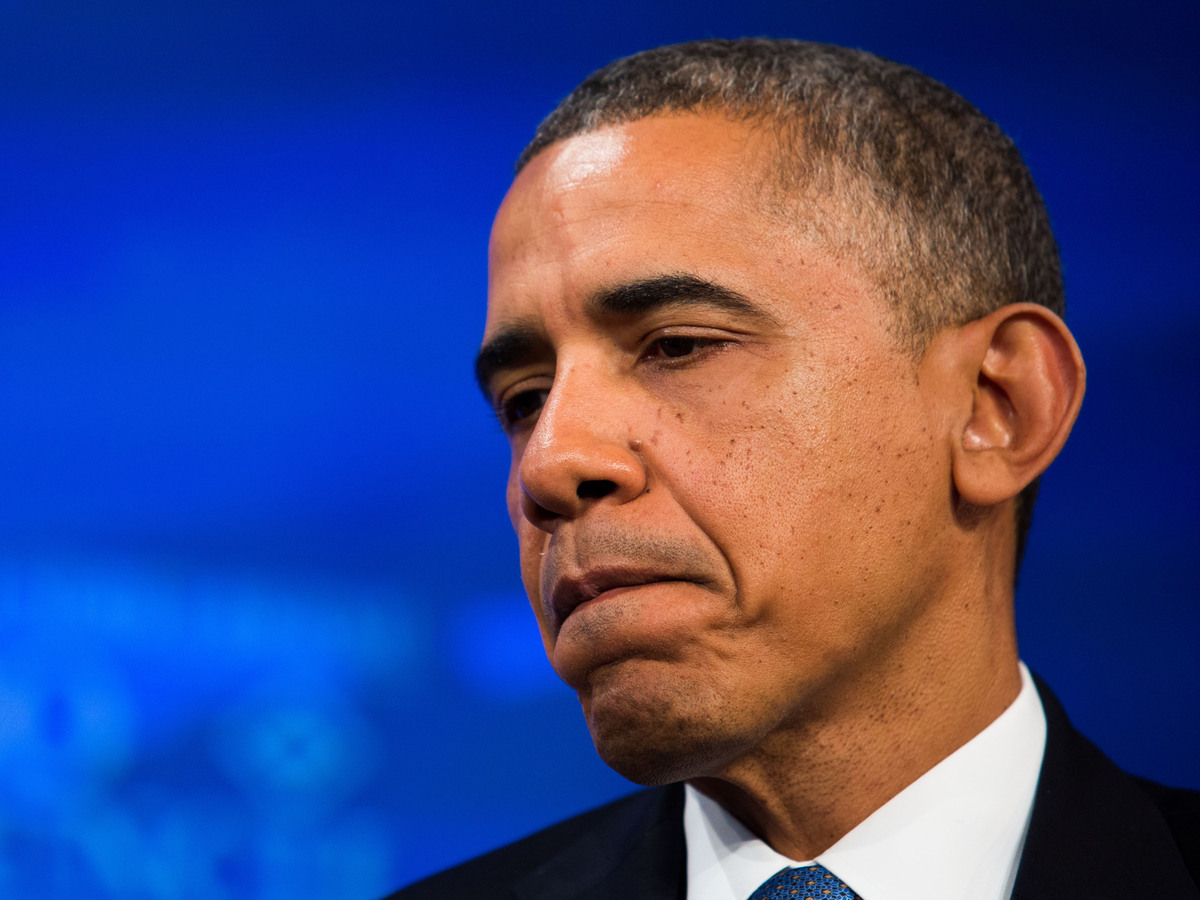 President Obama: He's been called out on one of his highest-profile promises.

President Obama's oft-repeated promise that "if you like your health care plan, you can keep it" is 2013's "lie of the year," according to the fact checkers at the Tampa Bay Times' nonpartisan PolitiFact project.

"Boiling down the complicated health care law to a soundbite proved treacherous, even for its promoter-in-chief. Obama and his team made matters worse, suggesting they had been misunderstood all along. The stunning political uproar led to this: a rare presidential apology.

"For all of these reasons, PolitiFact has named 'If you like your health care plan, you can keep it,' the Lie of the Year for 2013. Readers in a separate online poll overwhelmingly agreed with the choice."

"Obama's ideas on health care were first offered as general outlines then grew into specific legislation over the course of his presidency. Yet Obama never adjusted his rhetoric to give people a more accurate sense of the law's real-world repercussions, even as fact-checkers flagged his statements as exaggerated at best.

"Instead, he fought back against inaccurate attacks with his own oversimplifications, which he repeated even as it became clear his promise was too sweeping."

PolitiFact's 2012 "lie of the year" was Republican presidential nominee Mitt Romney's claim that Jeep was moving U.S. production to China. In 2011, it chose a claim by Democrats that Republicans had "voted to end Medicare." The 2010 big "lie" was the charge made by Republicans that Obama was pushing "a government takeover of health care."

The first lie of the year "award" from PolitiFact was 2009's claim from Sarah Palin and other conservatives that Obama's health care plan would create "death panels."

Other contenders for the 2013 lie of the year title included:

-- Republican Sen. Ted Cruz's assertion that members of Congress would be exempt from the new health care law.

-- Republican Rep. Michele Bachmann's claim that the IRS would be "in charge" of "a huge national database" containing Americans' health care records.

-- Conservative columnist Ann Coulter's comment that "no doctors who went to an American medical school will be accepting Obamacare."

In naming "you can keep it" as 2013's big fib, PolitiFact concedes that its own rating of that claim has changed over time:

"In 2009 and again in 2012, PolitiFact rated Obama's statement Half True, which means the statement is partially correct and partially wrong. We noted that while the law took pains to leave some parts of the insurance market alone, people were not guaranteed to keep insurance through thick and thin. It was likely that some private insurers would continue to force people to switch plans, and that trend might even accelerate."

But this fall, after Obamacare's launch:

"What really set everyone off was when Obama tried to rewrite his slogan, telling political supporters on Nov. 4, 'Now, if you have or had one of these plans before the Affordable Care Act came into law, and you really liked that plan, what we said was you can keep it if it hasn't changed since the law passed.'

Asked to comment on the "lie of the year" judgment, White House spokesman Jay Carney just told reporters that end of year lists are "always fun, even when they don't jibe with past characterizations of the same statement" — a reference to PolitiFact's earlier "half true" ratings of the president's statement.

Pressed about whether such judgments will affect the president's legacy, Carney said "I don't think history's assessment of this period will depend on end of the year lists."

He also said, though, that "you're going to get no argument from me" that the roll out of the health care program has been anything other than "rocky."