Accessibility links
Catch The Geminid Meteor Shower Tonight : The Two-Way This year's shower might serve up more than a hundred shooting stars every hour, but the bright streaks could be washed out by a nearly full moon. 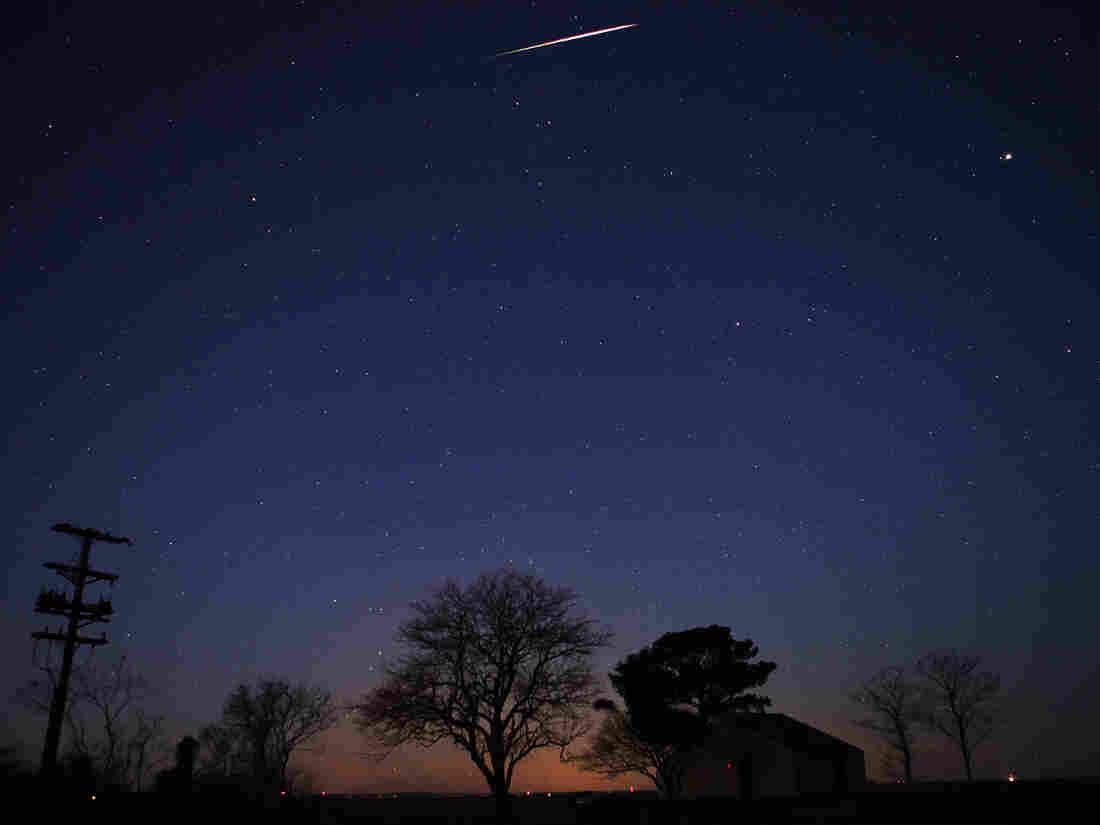 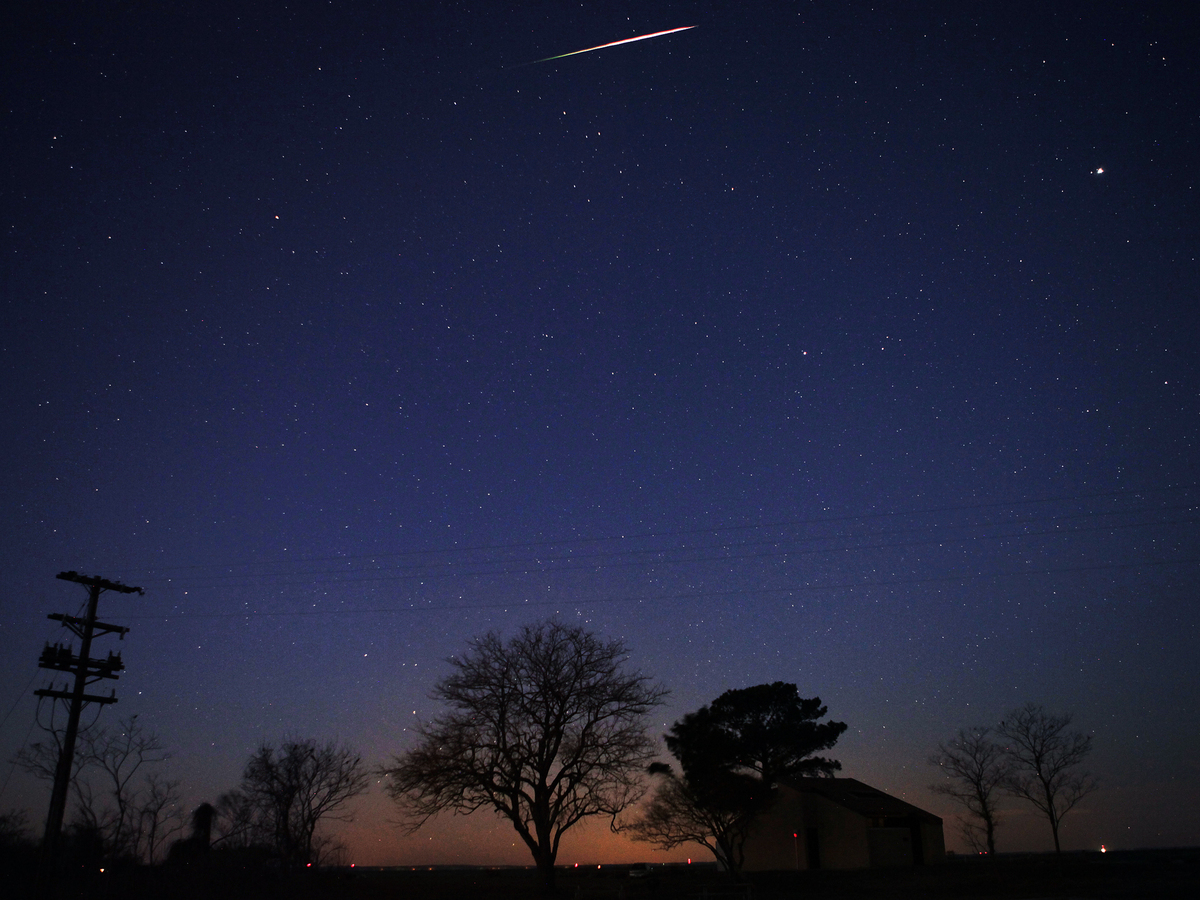 A Geminid meteor streaks across the sky early Friday near Scotland, Md.

Stargazers are in for a treat if they're willing to wake up really early Saturday morning.

The annual Geminid meteor shower peaks tonight, potentially serving up more than a hundred shooting stars per hour. The meteors will appear to emanate from the constellation Gemini (thus the name), but that's just an optical illusion. The meteors are actually remains of an asteroid whose fragments burn up in Earth's atmosphere as our planet passes through the field of debris.

Unfortunately, this year the prolific shower will have to compete with the bright rays of the waxing moon. A few of the bigger meteors will still be visible in the moonlight, but you'll catch many more if you look up after the moon sets — around 3:45 a.m. for much of the contiguous United States. (You can find out the exact moonset time for your area here.)

The Geminids travel slower than most meteors (a mere 78,000 mph), so their bright white trails linger longer in the sky. If you can avoid the city lights and winter clouds, you'll witness one of the best meteor showers of the year.