Accessibility links
2 Students Injured, Suspected Shooter Dead At Colo. High School : The Two-Way Police say the gunman was a student who killed himself at Arapahoe High School near Littleton, Colo., the site of the 1999 Columbine massacre. 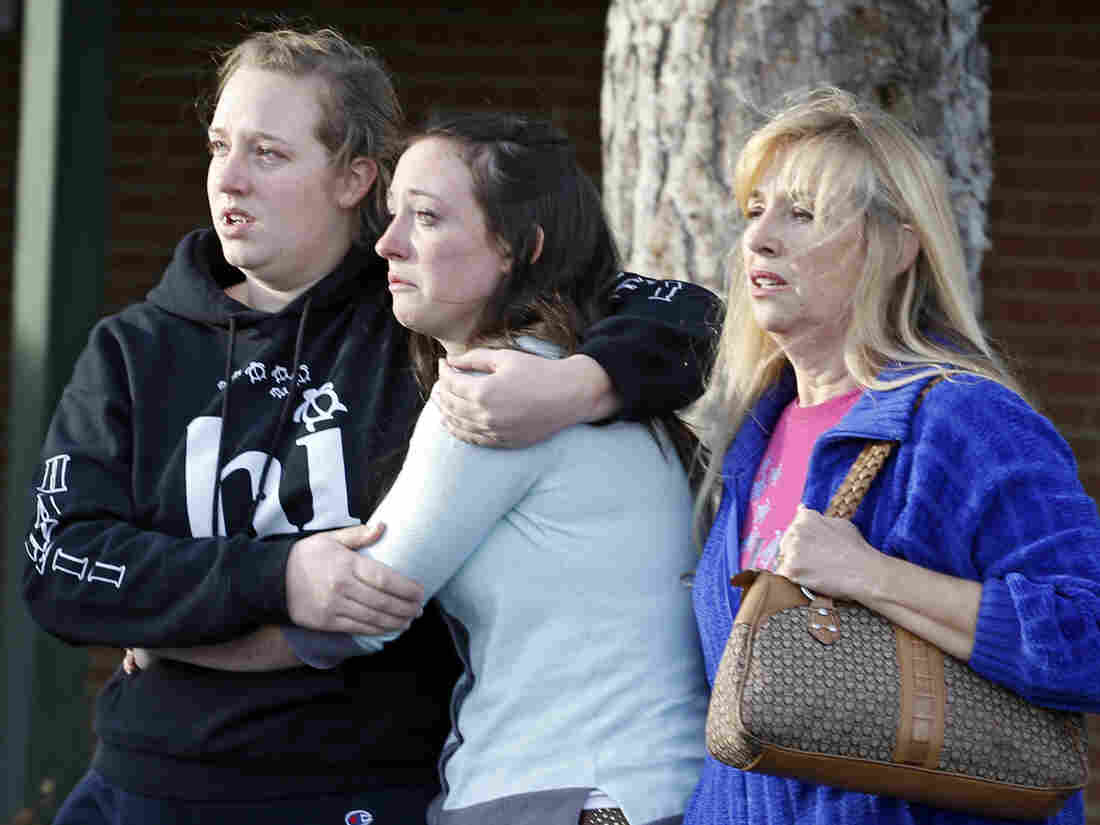 Senior Jenni Meyers, center, is hugged by her sister Mary as they leave a church with their mother Julie after they were reunited after a shooting at nearby Arapahoe High School in Centennial, Colo. Brennan Linsley/AP hide caption 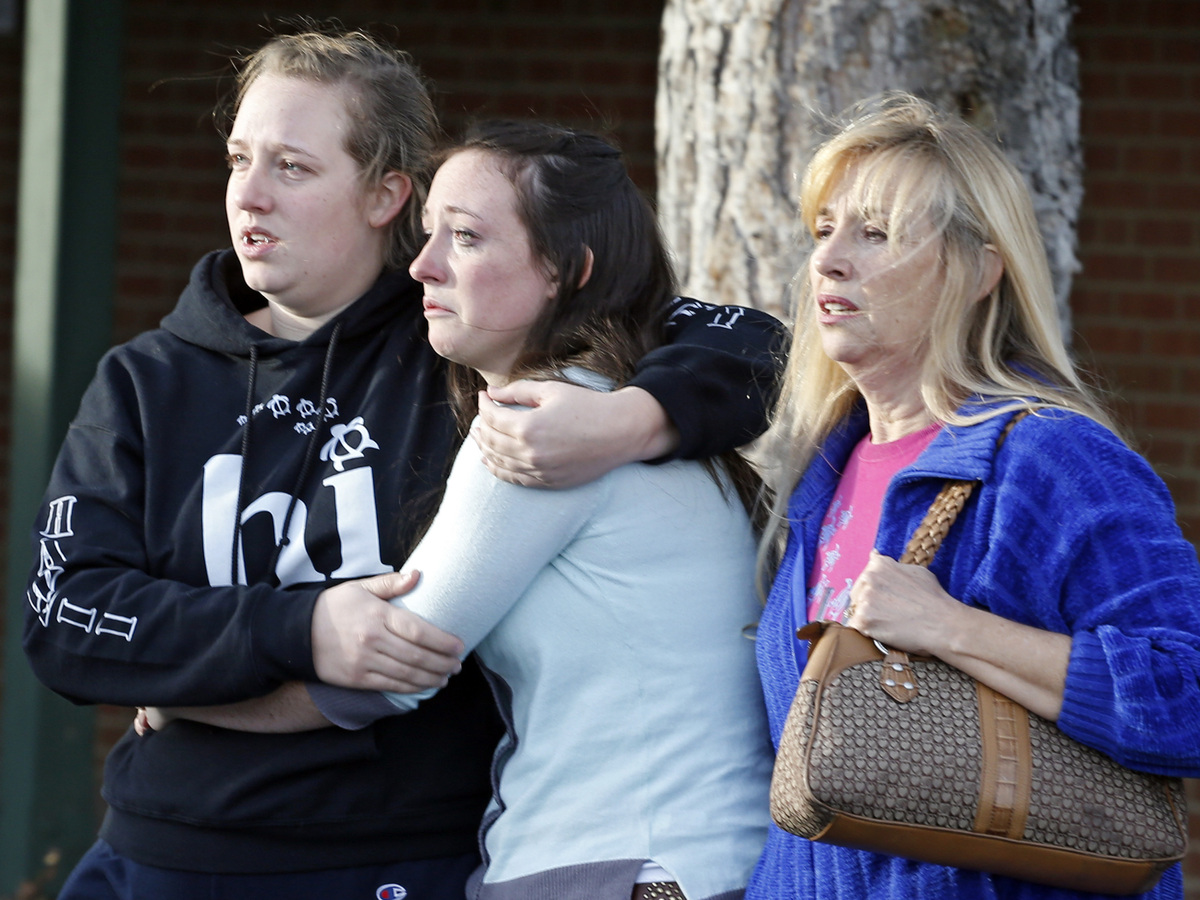 Senior Jenni Meyers, center, is hugged by her sister Mary as they leave a church with their mother Julie after they were reunited after a shooting at nearby Arapahoe High School in Centennial, Colo.

Arapahoe County Sheriff Grayson Robinson said the armed student entered the school and said he was looking for a specific teacher, calling him by name through the hallways. Robinson said another student confronted the gunman and then was shot.

"The teacher began to understand that he was being looked at [and] exited the school," Robinson said.

"The suspect has been found and has been deceased as a result of what appear to be a self-inflicted gunshot wound," he said.

The Associated Press quotes a hospital spokesman as saying the wounded student was taken into surgery. The other wounded student is also being hospitalized with a minor gunshot wound.

The shooting took place at Arapahoe High School in Centennial, located about 8 miles from Columbine High School in Littleton, Colo., where 13 people were killed in 1999. 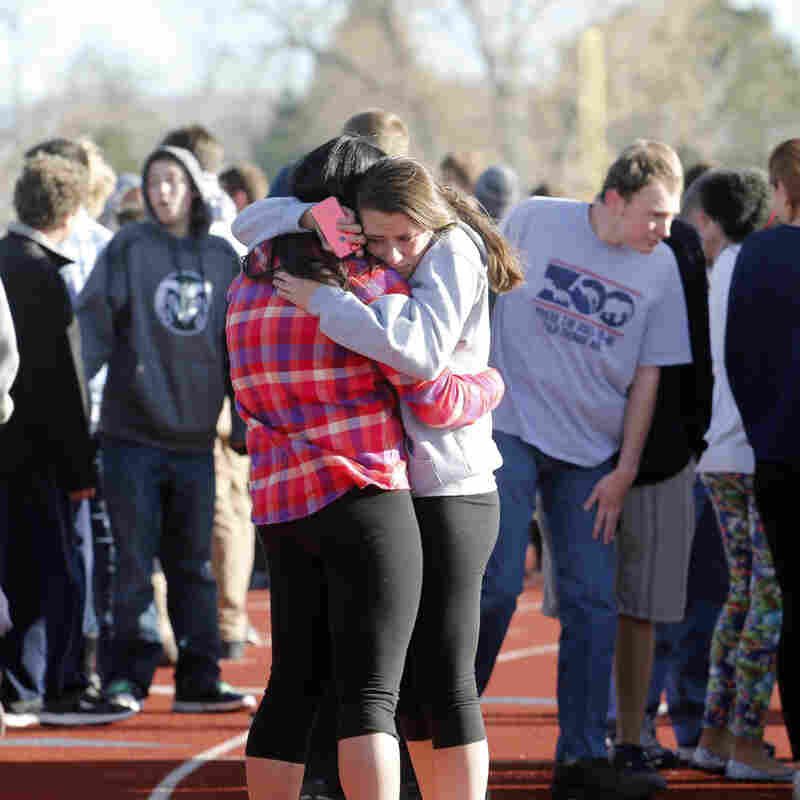 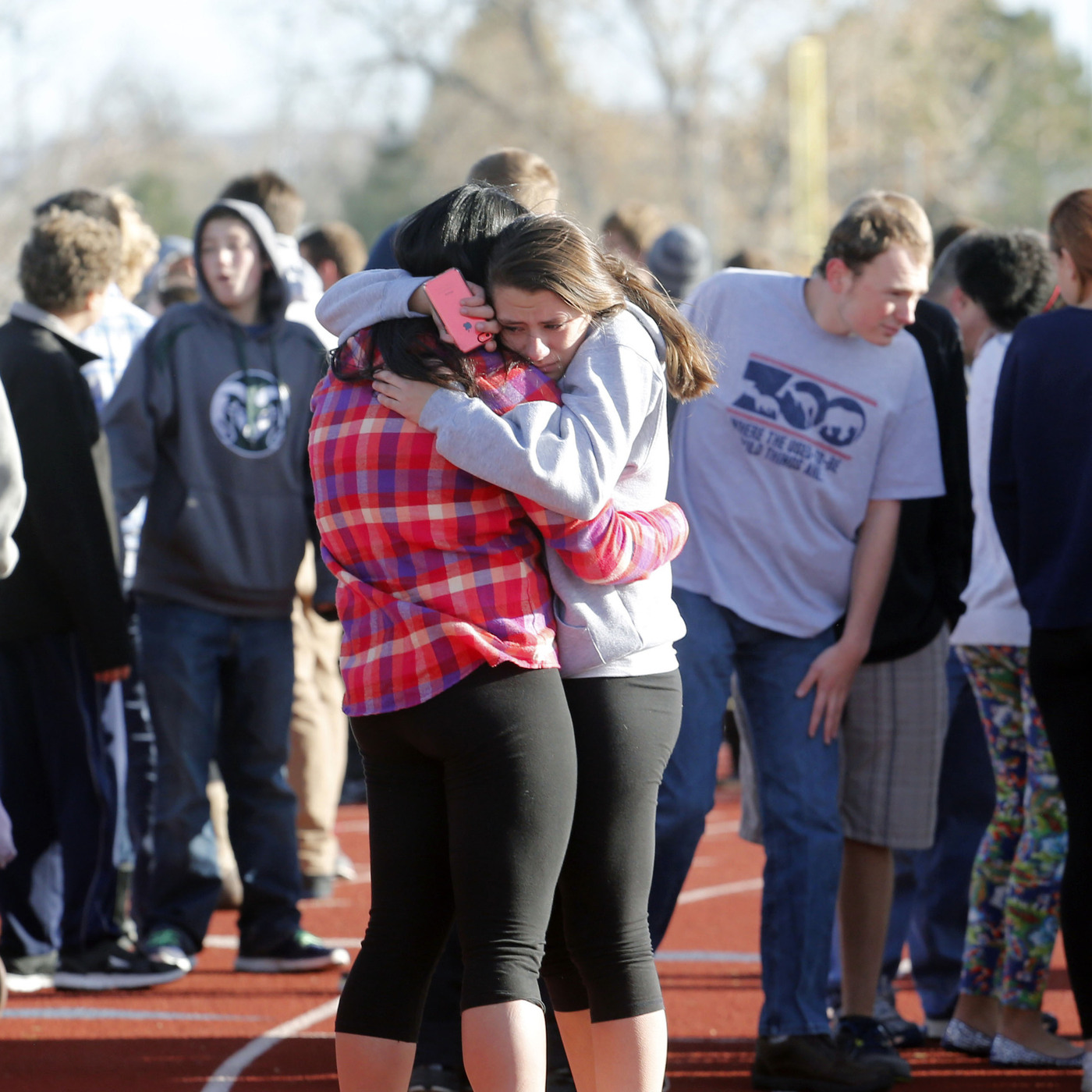 Students comfort each other at Arapahoe High School on Friday.

Robinson said the student who opened fire was Karl Halverson Pierson, 18. He said the Pierson had had a "confrontation or disagreement" with the teacher he allegedly targeted.

He said teacher left the school after being alerted by other students in order to lure the shooter outside. "That was a very wise tactical decision," he said.

He said one victim underwent surgery and is in critical condition. Authorities are now saying that the second student taken to the hospital was covered in blood from the first victim and as not injured, as earlier reported.

Sheriff Robinson said that a 15-year-old girl who was severely wounded in the shooting remains in critical condition.

He said he thought the quick action of law enforcement helped save lives.

"The evacuation was done in an organized, thoughtful way," he said.

"I believe the shooter took his own life because he realized he was about to be engaged" by law enforcement, Robinson said.

He said authorities know the identity of the suspect but were not at liberty to release a name.

Two Molotov cocktail-type devices were found at the scene, the sheriff said.

Update at 5:15 p.m. ET. Shooter Thought To Have Acted Alone:

In a second news conference, Robinson said the shooter appeared to be acting alone. He said initially authorities believed there had been a confrontation between the shooter and the student who was most seriously wounded, but it could be that the injured student was simply "in the way."