Accessibility links
In Executing His Uncle, Kim Jong Un Sends Tough Message : The Two-Way The young ruler of North Korea stunned the world when he ordered his uncle executed. Now, observers are reading the tea leaves for a sign of what's to come. 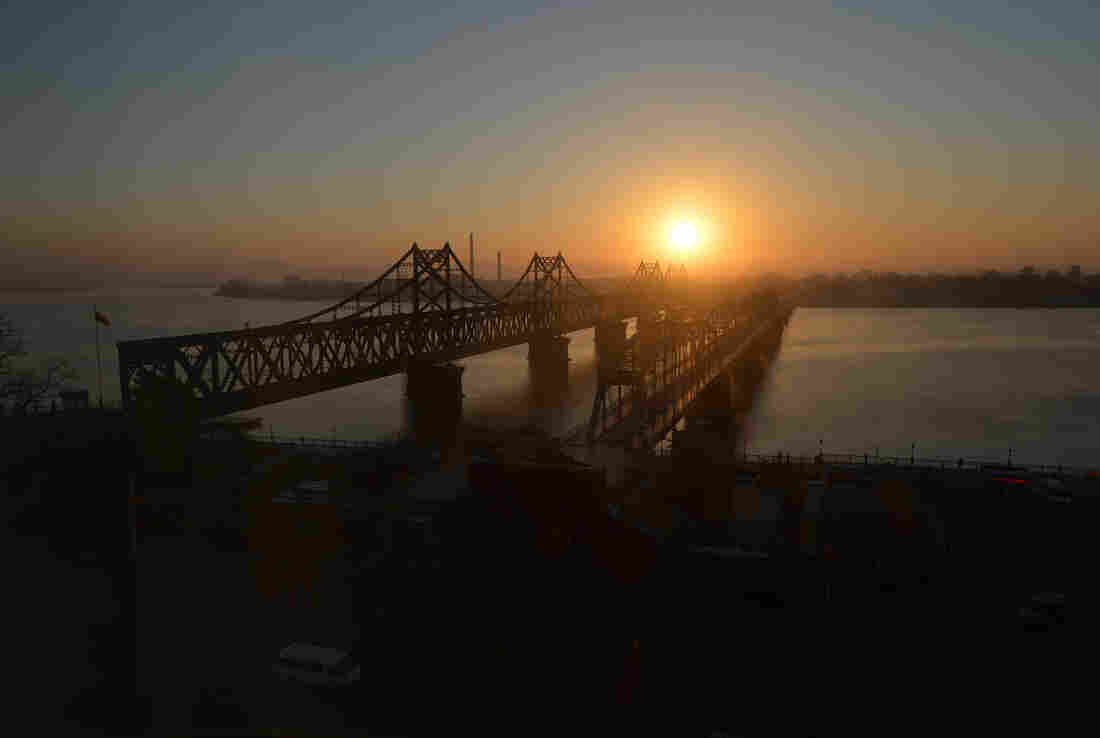 The sun rises over the Sino-Korean Friendship Bridge, which spans the Yalu River and leads into North Korea (background), at the Chinese border town of Dandong. Mark Ralston /AFP/Getty Images hide caption 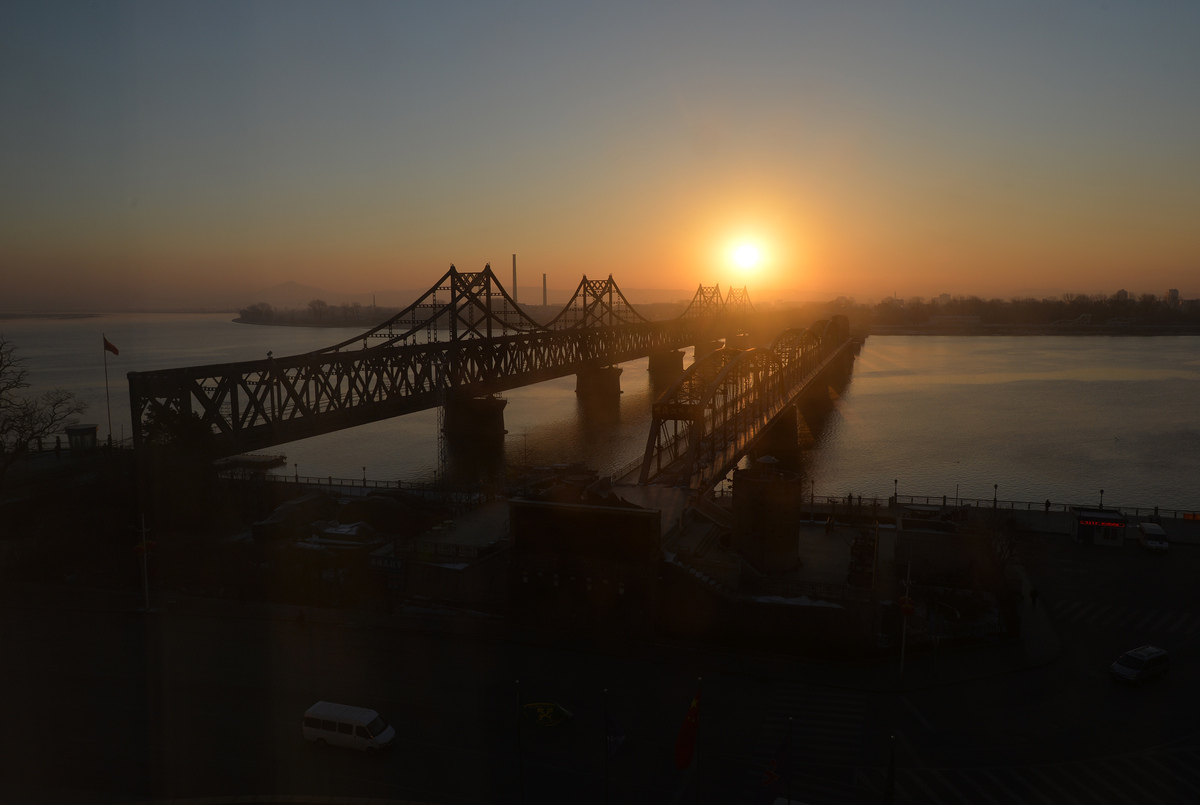 The sun rises over the Sino-Korean Friendship Bridge, which spans the Yalu River and leads into North Korea (background), at the Chinese border town of Dandong.

The wife of a top North Korean official who was executed last week appears to have survived the latest political purge in Pyongyang.

Kim Kyong Hui was married to Jang Song Thaek, who had recently served as the country's second-in-command and was executed on Thursday in a move that shocked many observers of East Asia.

Making sense of elite politics in North Korea, one of the world's most opaque nations, has always been tough, but some analysts think Jang had outlived his role and was the inevitable victim of brutal, generational change.

When Kim Jong Un took power two years ago, he was still in his twenties and Jang was designated as his mentor. Jang had been in government for decades, serving in various top jobs.

Lankov compares Jang to a regent in an old European monarchy, who served as a temporary head of state until the heir to the throne is mature enough to rule on his own.

"Young, ambitious kings, they are nasty people, they don't like regents, because the regents are grumpy old men, ordering the young king around," says Lankov, who is the author of The Real North Korea: Life and Politics in the Failed Stalinist Utopia. "So I believe in this case, there was a lot of personal dislike."

KCNA referred to him as "despicable human scum Jang, who was worse than a dog," and "a traitor to the nation for all ages."

The news agency accused Jang of corruption, drug-use, womanizing, attempting to overthrow Kim and insulting him as well. Before Kim took power, he was elected vice-chairman of the Central Military Commission of North Korea's ruling Workers' Party. State media said Jang was visibly unimpressed when Kim's new position was announced.

"He behaved so arrogantly and insolently as unwillingly standing up from his seat and half-heartedly clapping, touching off towering resentment of our service personnel and people," KCNA said.

There's more. Instead of placing a piece of granite with Kim's signature in front of a building housing internal security forces, Jang had it placed in a shaded corner.

All this apparently offended Kim, but Lankov says there was no need to kill Jang, unless the young leader wanted to make a statement.

Kim has little governing experience and analysts believe he is desperate to be taken seriously. North Korea watchers think that's one reason why he threatened a nuclear attack against South Korea and the U.S. earlier this year.

Lankov says executing Jang, who was 67, was another way to instill fear.

"Kim Jong Un wants to show the entire North Korean bureaucracy that Kim Jong Un, in spite of being young — and, frankly, short and fat — he is not a person to be taken lightly. He's sort of yelling, 'Look, I'm dangerous.'"

Cheng Xiaohe, a professor of international studies at People's University in Beijing, says executing a family member is extreme even by North Korean political standards. In fact, historians say it has been decades since a leader of Jang's stature has been executed there. Cheng thinks his killing could paralyze other North Korea officials with fear.

"Kim Jong Un seemingly went too far," Cheng says. "He will create a horrific atmosphere. He's going to pay the price [and] sacrifice his image."

Many North Korea watchers see Jang's death as a result of a struggle over power, not policy, so they don't expect any direct impact on already bad relations with the United States.

However, Beijing, which is North Korea's benefactor, had a close relationship with Jang and is almost certain to be unhappy. Cheng says North Korea made matters worse by linking Jang's alleged crimes to the Chinese, claiming that he sold out his country by leasing land to China at cheap prices.

"Such accusations implicate China and other countries and will cause troubles on China and the DPRK (Democratic People's Republic of Korea) relationship," he says.