Accessibility links
6 Things To Know About Chile's Once And Future President : The Two-Way Michelle Bachelet defeated her conservative rival Sunday with 62 percent of the vote. The center-left candidate was previously president from 2006-10. Although extremely popular when she left office, Bachelet was constitutionally barred from seeking a second consecutive term.

6 Things To Know About Chile's Once And Future President

6 Things To Know About Chile's Once And Future President 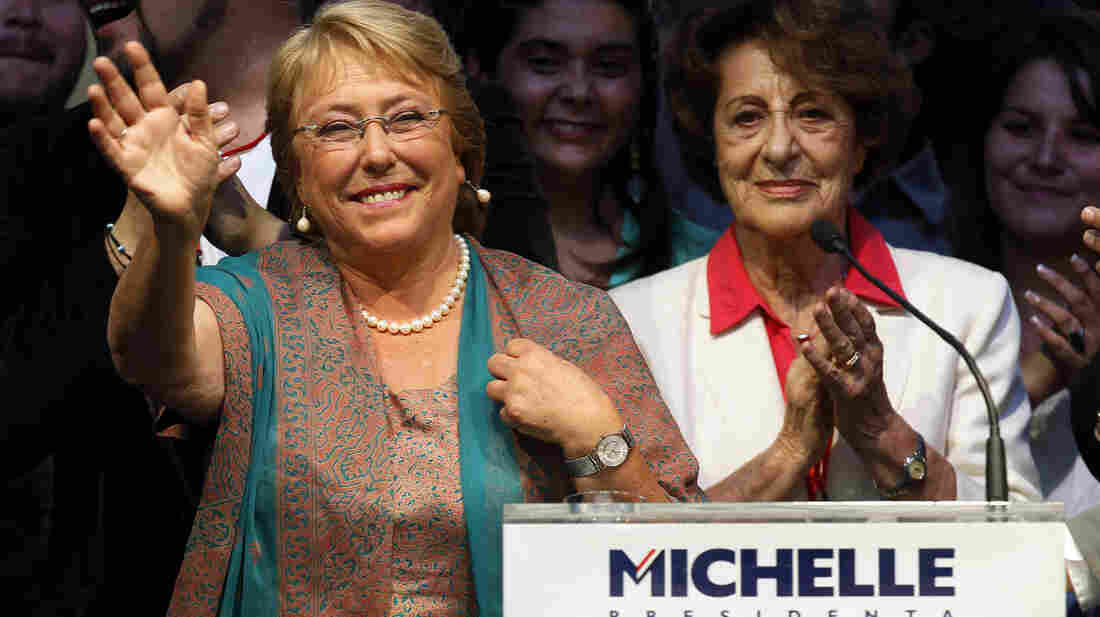 Presidential candidate Michelle Bachelet waves during a victory rally in Santiago, Chile, on Sunday. She defeated her conservative rival Evelyn Matthei with 62 percent of the vote. Luis Hidalgo/AP hide caption 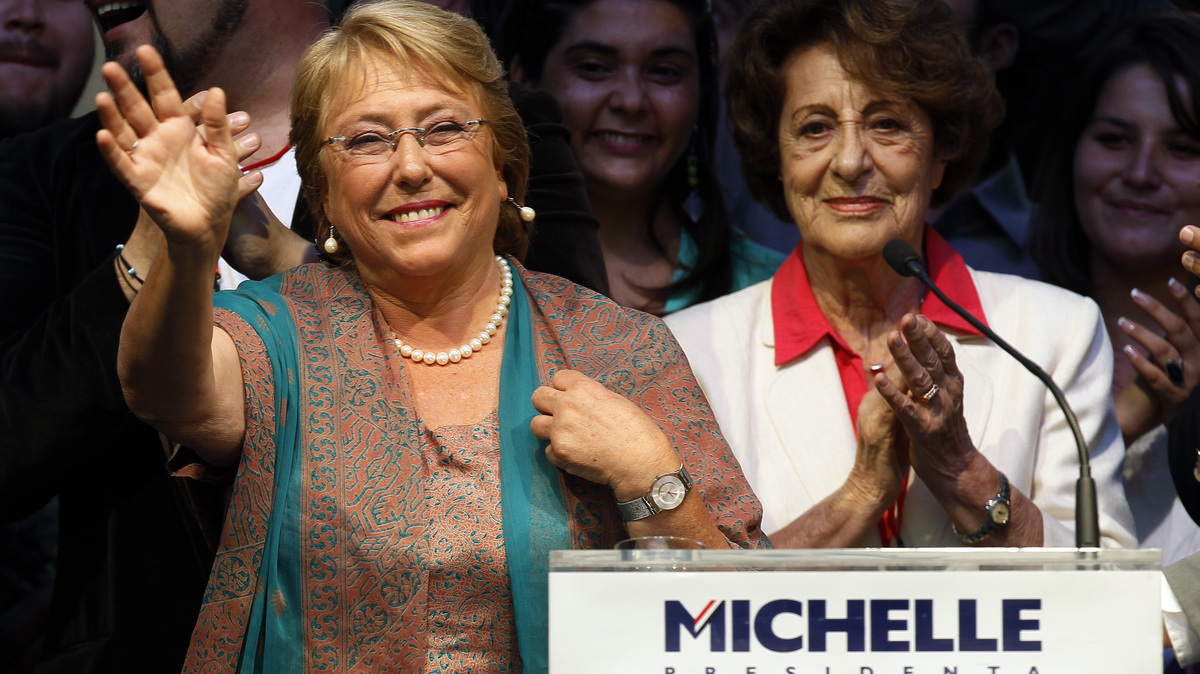 Presidential candidate Michelle Bachelet waves during a victory rally in Santiago, Chile, on Sunday. She defeated her conservative rival Evelyn Matthei with 62 percent of the vote.

Chilean voters returned Michelle Bachelet to the presidency Sunday, in a landslide victory in the runoff against her conservative rival, Evelyn Matthei.

Here are five things to know about Bachelet and her return to power:

1. The Victory: The center-left candidate was previously president from 2006-10 and was the country's first female leader. She was extremely popular when she left office, but was constitutionally barred from seeking a second consecutive term. Bachelet's share of the vote Sunday, 62 percent, was the highest ever for any presidential candidate since the end of the 1973-90 dictatorship of Augusto Pinochet.

2. Promises: Bachelet, a physician by training, is part of the pragmatic political left in South America that is seen as business-friendly. She ran on a platform of reducing growing inequality in Chile, the most unequal country in the 34-member Organization for Economic Cooperation and Development. Her top priorities: raising the corporate tax rate from 20 percent to 25 percent to help pay for social programs and higher education; and changing the Pinochet-era constitution and Chile's electoral system.

3. Challenges: Chile is one of the richest countries in Latin America, but recent years have been marked by massive demonstrations against income inequality and demands for better education. Reuters notes that if Bachelet waters "down her promises because slower growth makes increased public spending tricky — or if opposition becomes obstructionist in a congress that remains divided after parliamentary elections last month — she could herself face popular protests."

4. Her Rival: Matthei, of the ruling Alianza coalition, won 38 percent of the vote. It was the right's worst performance in two decades. Many Chileans viewed her association with the Pinochet regime with suspicion. But it was perhaps growing dissatisfaction with outgoing President Sebastian Pinera's government that most hurt Matthei's campaign. Chile's economy grew during Pinera's presidency, expanding 5.6 percent last year, but his government was seen as out of touch.

5. Former Friends: Bachelet and Matthei were childhood friends in the 1950s, when they were neighbors at the air base where both their fathers were generals. Matthei's father backed Pinochet, while Bachelet's father supported the leftist government that Pinochet deposed. Alberto Bachelet was arrested and died in 1974 of a heart attack while in custody. You can read more about the families and how their paths diverged in this piece on the BBC.

6. What It Means For The U.S.: In her previous term, Bachelet was a supporter of free-trade agreements, but she's expressed skepticism about the Trans Pacific Partnership — the massive trade zone that involves the U.S. and Pacific countries, including Chile. She has called for a thorough review of the pact, which she fears will become an "indirect negotiation" over the U.S.-Chile free-trade deal.