Accessibility links
NASA Orders Spacewalks To Fix Faulty Pump On Orbiting Station : The Two-Way The spacewalks are to repair a bad valve in a pump that has caused problems with the station's cooling system. 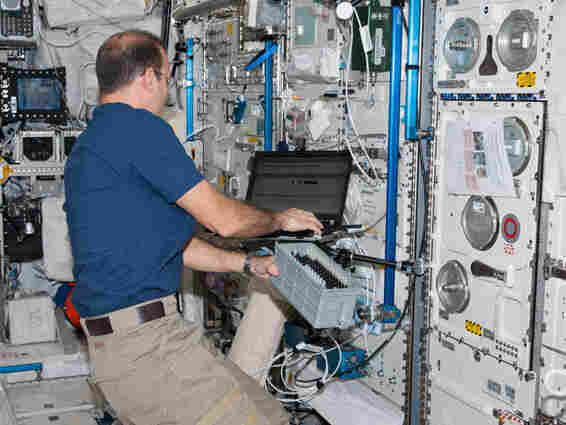 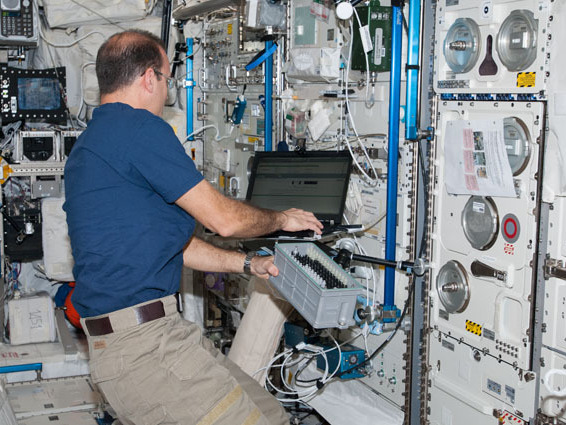 NASA has decided to go ahead with a series of spacewalks to fix a broken cooling system aboard the International Space Station.

The decision was made Tuesday by station managers. They said the extra-vehicular activity should take place as soon as possible to replace a coolant pump that contains a bad valve.

"The spacewalks are taking priority over the launch of a supply ship from Virginia. The delivery had been scheduled for this week, but is now delayed until January."

NASA astronauts Rick Mastracchio and Mike Hopkins, two of the six international crew, have already tried on EVA suits in preparation for the spacewalking repair.

"It's a serious problem, obviously," Mastracchio told Space.com on Friday, before NASA gave the official green light. "It's something we have to fix. It's not something I'm worried about though."

As we reported last week, problems with the cooling system are not entirely new. In 2010, astronauts did three spacewalks to fix a similar problem.