Accessibility links
'Duck Dynasty' Dad Doubles Down; Palin Defends Him : The Two-Way Phil Robertson has been suspended from the popular A&E reality show for saying, among other things, that homosexuality is sinful and comparing gays to "the greedy, the drunkards, the slanderers." He says he's reflecting "what the Bible teaches." 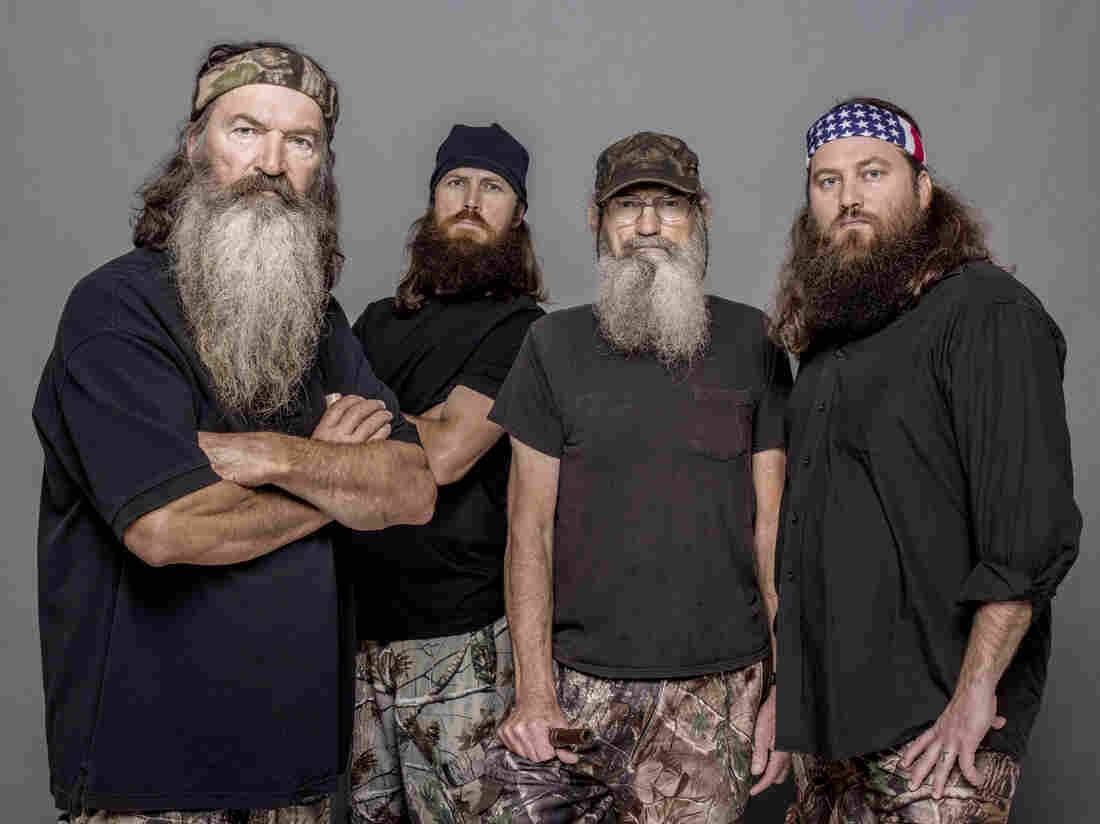 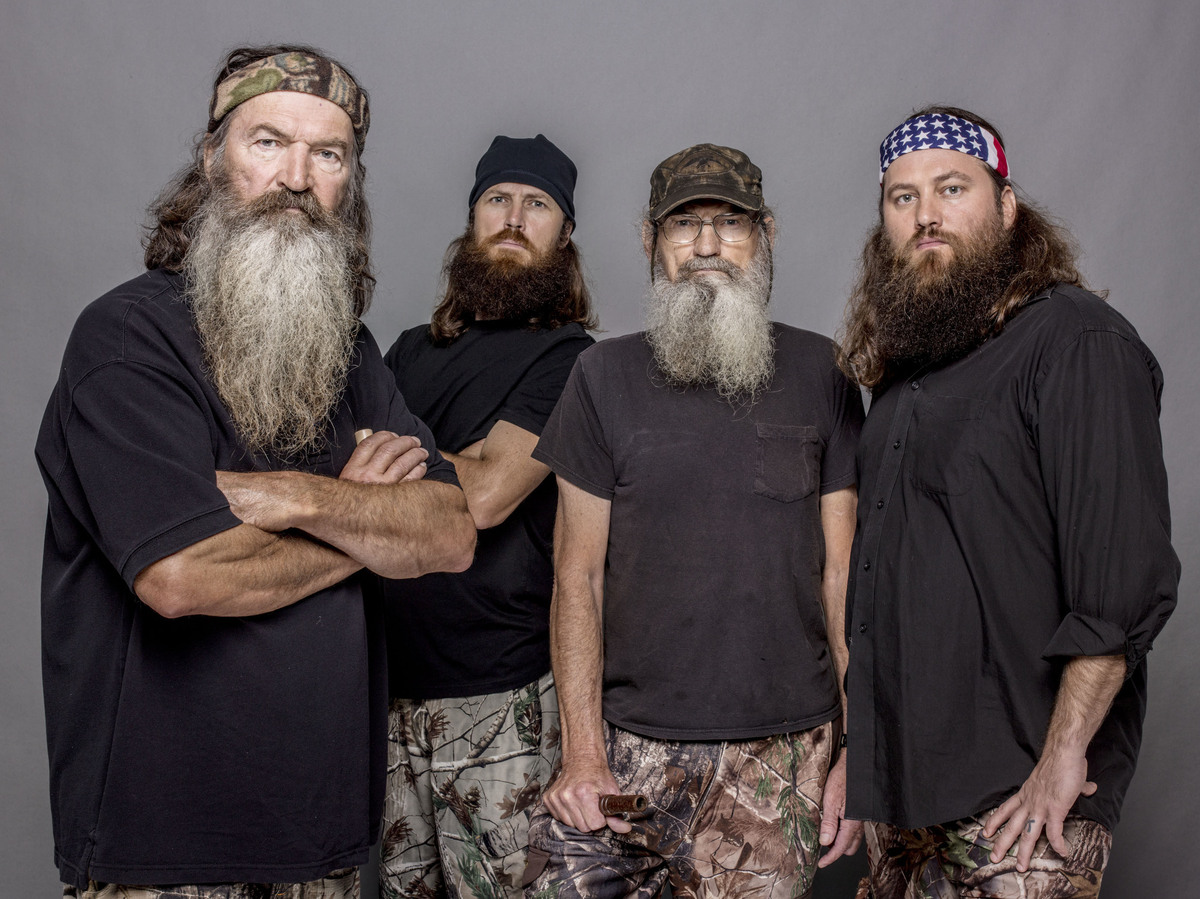 Saying that his mission "is to go forth and tell people about why I follow Christ and also what the Bible teaches, and part of that teaching is that women and men are meant to be together," Duck Dynasty star Phil Robertson isn't backing away from the comments he's made about gays that have led A&E to suspend him from the popular show indefinitely.

Robertson, in a statement to Fox News' FOX411, goes on to say:

"However, I would never treat anyone with disrespect just because they are different from me. We are all created by the Almighty and like Him, I love all of humanity. We would all be better off if we loved God and loved each other."

If you're just catching up on this story, A&E this week suspended Robertson after GQ posted a long piece about the Duck Dynasty phenomenon and the Robertson family. Among the things Robertson says in that story (fair warning: "adult" content follows):

'Duck' And Cover: What, Exactly, Is The Point?

"It seems like, to me, a vagina — as a man — would be more desirable than a man's anus. That's just me. I'm just thinking: There's more there! She's got more to offer. I mean, come on, dudes! You know what I'm saying? But hey, sin: It's not logical, my man. It's just not logical."

-- Paraphrases Corinthians to say: "Don't be deceived. Neither the adulterers, the idolaters, the male prostitutes, the homosexual offenders, the greedy, the drunkards, the slanderers, the swindlers—they won't inherit the kingdom of God. Don't deceive yourself. It's not right."

-- Says that when he was growing up in Louisiana in the days before the Civil Rights movement, "I never, with my eyes, saw the mistreatment of any black person. ... Were they happy? They were godly; they were happy; no one was singing the blues."

His suspension, The Associated Press says, has been "lauded by the gay and lesbian media advocacy group GLAAD, which had quickly condemned Robertson's comments. 'What's clear is that such hateful anti-gay comments are unacceptable to fans, viewers, and networks alike,' said GLAAD spokesman Wilson Cruz. Robertson's removal 'has sent a strong message that discrimination is neither a Christian nor an American value.' "

But Robertson also has his defenders, including 2008 Republican vice presidential nominee Sarah Palin. She tweets that, "Free speech is endangered species; those 'intolerants' hatin' & taking on Duck Dynasty patriarch for voicing personal opinion take on us all."

Palin has also posted a photo of herself with the Robertsons.

"Robertson and his extended family became wealthy manufacturing duck calls and were turned into TV and pop culture stars by Duck Dynasty, which has set cable ratings records for a non-fiction series. Several family members appeared in this year's Macy's Thanksgiving parade."

Louisiana Gov. Bobby Jindal also weighed in, saying: "It is a messed up situation when Miley Cyrus gets a laugh, and Phil Robertson gets suspended."