Accessibility links
New Mexico's High Court OKs Same-Sex Marriage : The Two-Way The state's Supreme Court unanimously ruled to validate a practice that had started on the county level in the absence of a specific state law. 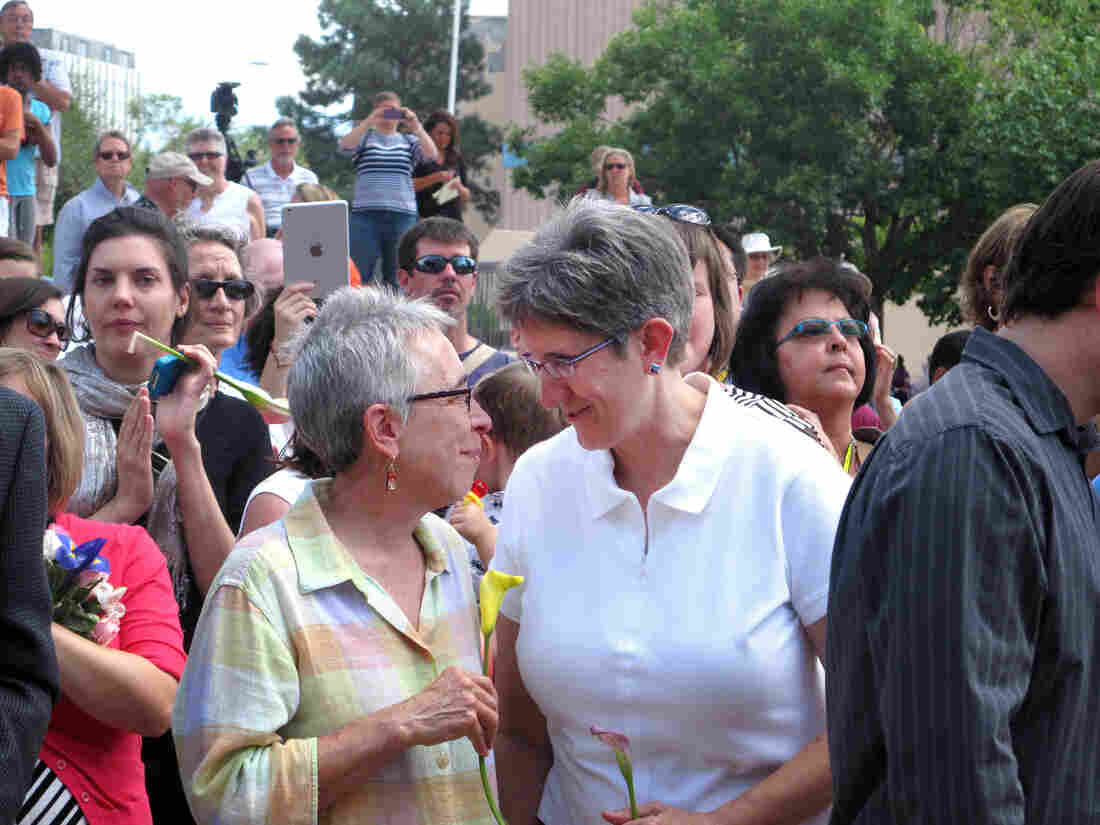 Gail Stockman, 60 (left), and Beth Black, 58, of Albuquerque, N.M., prepare to marry at a massive wedding in August, along with other same-sex couples. Russell Contreras/AP hide caption 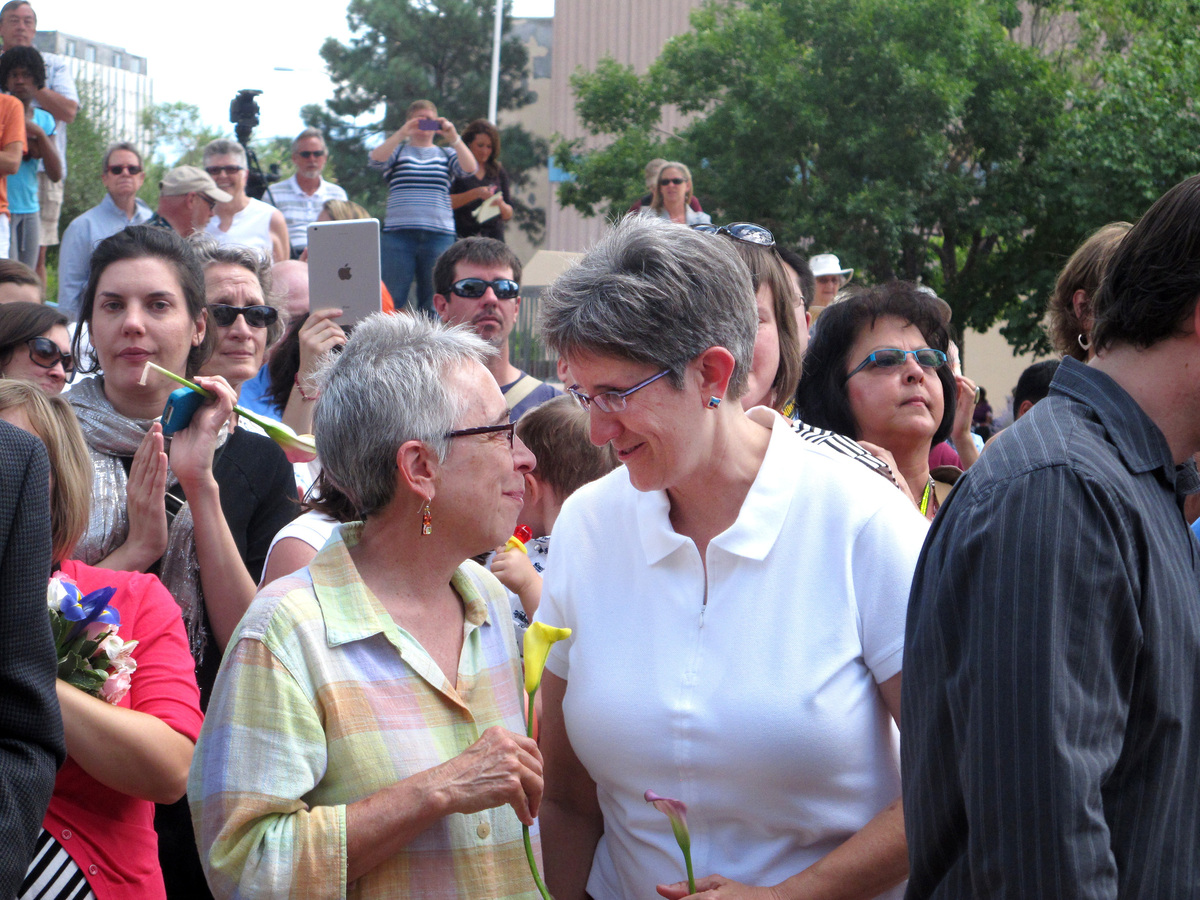 Gail Stockman, 60 (left), and Beth Black, 58, of Albuquerque, N.M., prepare to marry at a massive wedding in August, along with other same-sex couples.

New Mexico's Supreme Court has ruled unanimously that same-sex marriage is legal, validating initiatives in several counties allowing the practice in the absence of a specific state law.

The ruling on Thursday means that New Mexico joins 16 states and the District of Columbia in allowing gay marriage.

"Eight of the state's 33 counties started issuing marriage licenses to same-sex couples in August, when a county clerk in southern New Mexico independently decided to allow the unions. County officials asked the high court to clarify the law and establish a uniform state policy on gay marriage.

"A state district court judge in Albuquerque ruled earlier this year that it is a violation of New Mexico's constitution to deny marriage licenses to same-sex couples. The judge based his decision on a 1972 constitutional amendment adopted by voters that prohibits discrimination 'on account of the sex of any person.'

"Two county clerks that were defendants in that case decided not to directly appeal the judge's ruling. However, the county association and the state's 31 other county clerks — including several already issuing marriage licenses to same-sex couples — joined the lawsuit to provide a way to quickly move the gay marriage question to the Supreme Court."

And in Ohio, a court case is set to determine whether gay spouses should be recognized on death certificates even though the practice of same-sex marriage is not legal in the state. The AP reports:

"On one side are the two gay Ohio men who successfully got Judge Timothy Black to order their recently deceased spouses to be listed as married on their death certificates. They want that right afforded to all same-sex couples in Ohio who, like them, married in other states that allow gay marriage."

The conservative Christian Family Research Council says the ruling by the New Mexico high court turns "logic on its head" by "refining what marriage has always been throughout human history, including the history of the state itself."