Accessibility links
Update: Putin Critic Khodorkovsky Released From Prison : The Two-Way The Russian leader pardoned Mikhail Khodorkovsky, once that nation's richest man. He has spent a decade behind bars for a fraud conviction that critics say was a politically motivated charge. 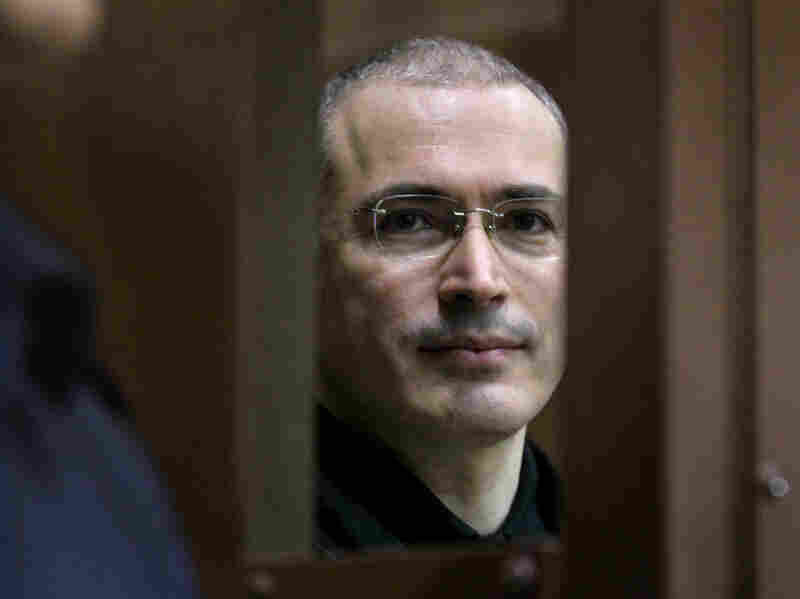 "Mikhail Khodorkovsky, once Russia's richest man, left prison on Friday after a pardon from President Vladimir Putin ended a decade in jail that many saw as the fallen oil tycoon's punishment for daring to challenge the Kremlin."

As Moscow correspondent Jessica Golloher tells our Newscast Desk, Khodorkovsky's prison sentence was due to end in eight months. She adds that his pardon, and those of others, could be part of a Kremlin effort to "assuage fears about Russia's human rights record before the upcoming Winter Olympics in Sochi.

There's more about Khodorkovsky and others who Putin is pardoning, below in our original post — "Putin: Jailed Punk Band, Greenpeace Activists, To Be Freed":

Russian President Vladimir Putin has said he will "soon" pardon one of his sharpest critics — jailed oil tycoon Mikhail Khodorkovsky — and said that a newly enacted amnesty law would free imprisoned Greenpeace activists and two members of the punk band Pussy Riot.

NPR's Corey Flintoff reports from Moscow on All Things Considered that the surprising news came minutes after a four-hour news conference by Putin, when the Russian leader told reporters "that he will soon pardon Mikhail Khodorkovsky, the former head of the Russian oil giant, Yukos oil."

Khodorkovsky was arrested in October 2003, when masked commandos stormed into his jet as it was parked on a runway in Siberia. Two years later, he was convicted of tax evasion and in 2010 found guilty of embezzlement.

Khodorkovsky, regarded by human rights groups such as Amnesty International as a political prisoner, has been in jail for the past decade. However, the former tycoon only has about eight months left on his original sentence.

"He has spent more than 10 years behind bars. It's a tough punishment," Putin said. "He's citing humanitarian aspects — his mother is ill. A decree to pardon him will be signed shortly." 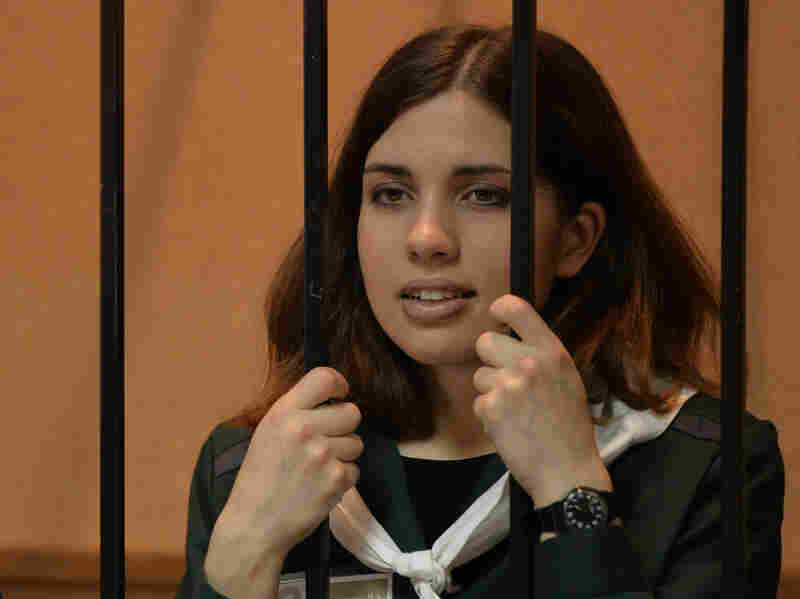 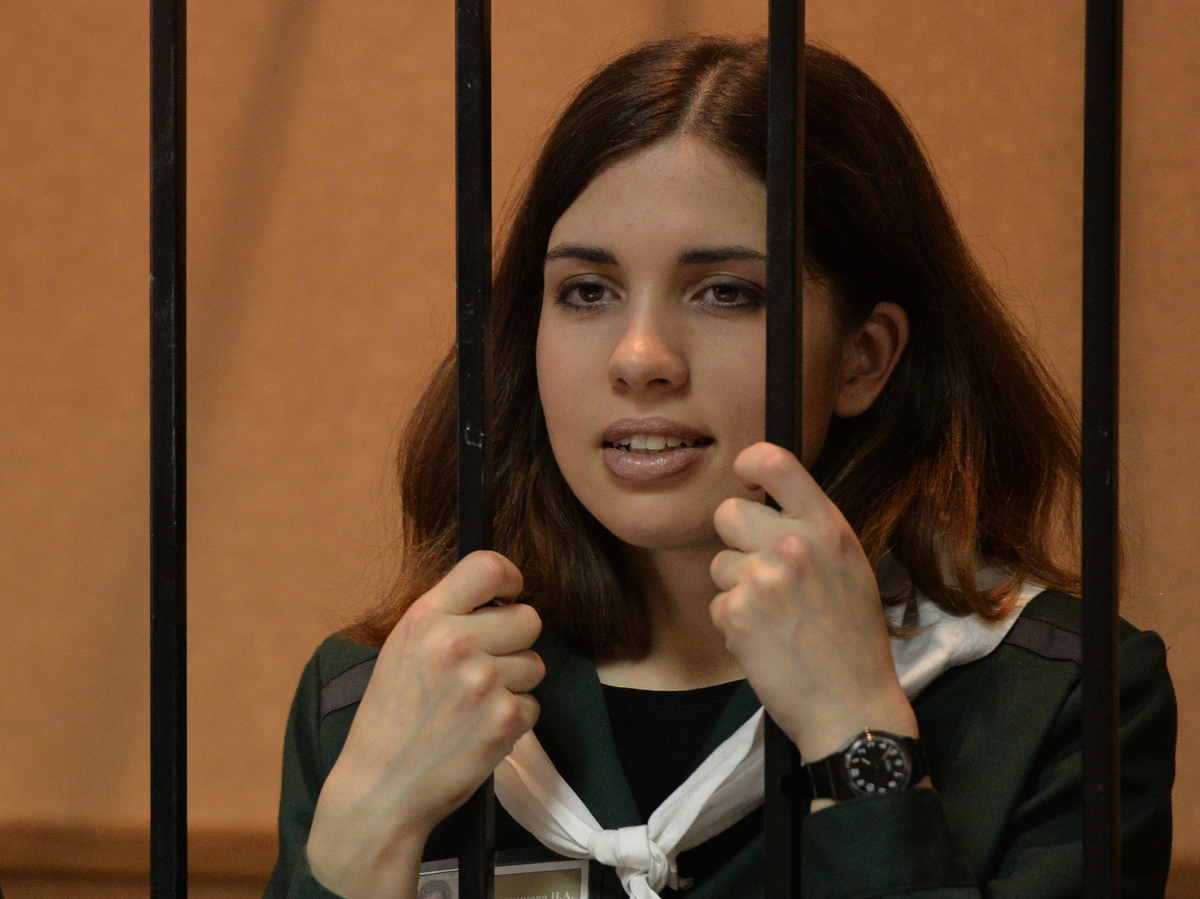 Nadezhda Tolokonnikova, one of two jailed members of the all-girl punk band Pussy Riot, in April.

Flintoff reports: "Putin also spoke today about the amnesty law that — on his instructions — was just enacted by Parliament. He confirmed that amnesty will be granted to the two members of the Pussy Riot punk band who remain in prison, and to 30 people arrested in a Greenpeace protest in September."

The punk band members were arrested after an irreverent 2010 protest at Moscow's main cathedral that Putin described as a publicity stunt that "crossed all barriers." The Russian leader has said the Greenpeace activists' Arctic protests were aimed at hurting Russia's economic interests.

"Analysts viewed the decision as a clever step ahead of the Sochi Olympics.

" 'At first blush, the pardon for Khodorkovsky appears to be a rather canny move that will throw Putin's critics off-balance in the run-up to Sochi, while sending a clear message of self-confidence to his domestic political opponents,' Andrew Weiss of the Carnegie Endowment for International Peace said in a written commentary."