Accessibility links
Freed Russian Oil Tycoon Says He'll Work For Release Of Prisoners : The Two-Way Mikhail Khodorkovsky's imprisonment was widely seen as the Kremlin's attempt to silence his opposition. During a press conference, Khodorkovsky added that he did not have political ambitions. 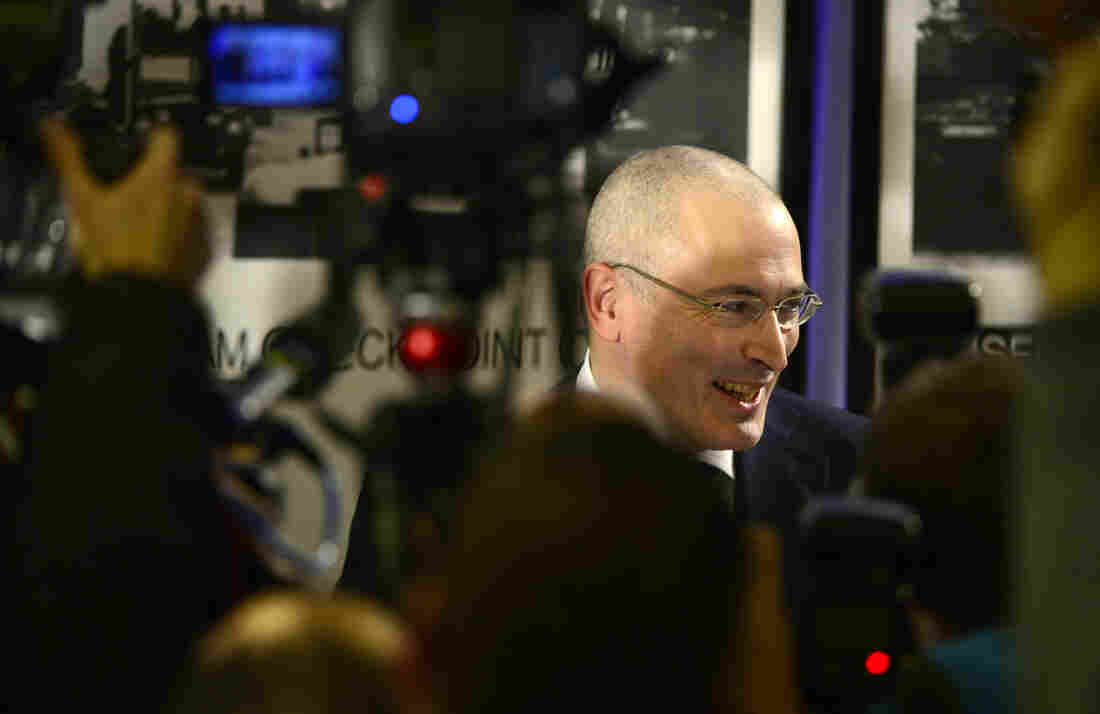 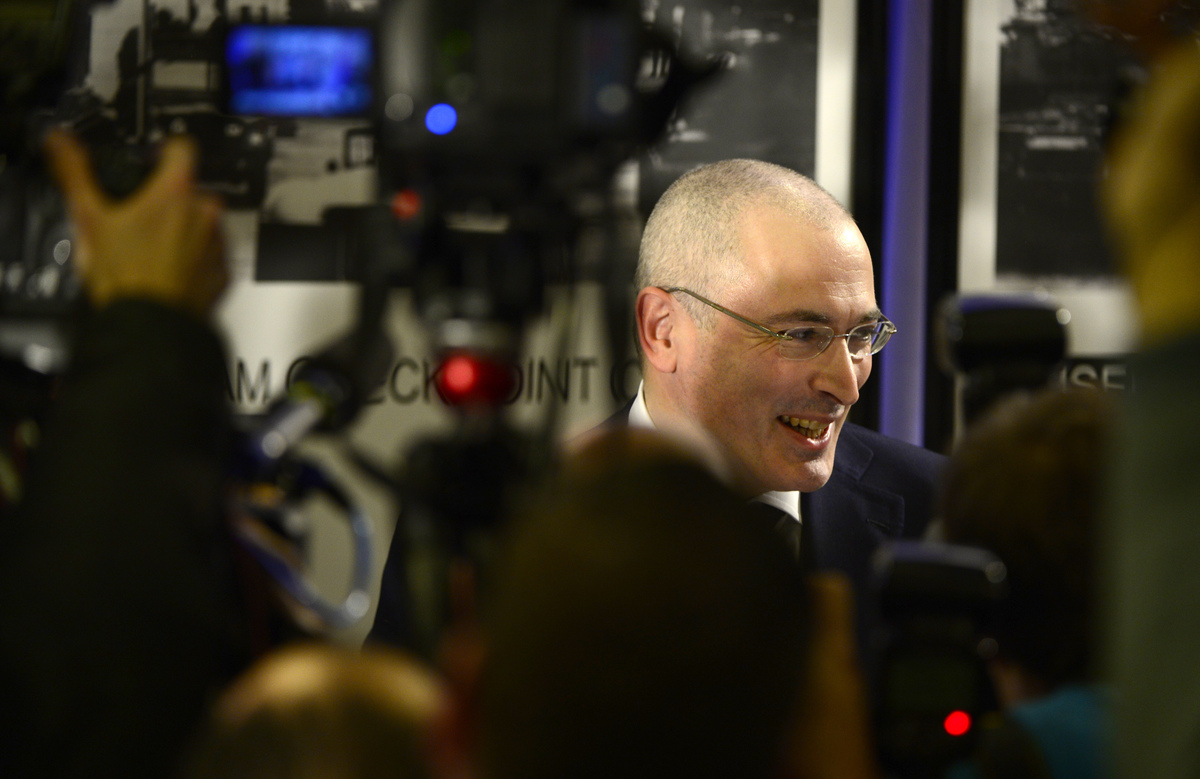 Russian former oil tycoon and Kremlin critic Mikhail Khodorkovsky speaks during a press conference at the Wall Museum at Checkpoint Charlie on Sunday in Berlin.

Mikhail Khodorkovsky, the former oil tycoon who was pardoned by Russian President Vladimir Putin on Friday after serving a decade in prison, says he will dedicate the rest of his life working for the release of other political prisoners.

"I would like to devote this time to pay off my debt to people who are worst off," Khodorkovsky said through an interpreter provided by Russia Today, a state-funded, English language news outlet.

During the press conference in Berlin, Khodorkovsky said because it has been only 36 hours since he was released, he had not decided on specifics, but he said he would not return to the business world and does not plan to seek political power.

"I'm not going to fight for power. This is not for me," Khodorkovsky said.

As Scott reported, Khodorkovsky's imprisonment was widely seen as the Kremlin's attempt to silence his opposition. Scott goes on:

"Khodorkovsky was arrested in October 2003, when masked commandos stormed into his jet as it was parked on a runway in Siberia. Two years later, he was convicted of tax evasion and in 2010 found guilty of embezzlement.

"Khodorkovsky, regarded by human rights groups such as Amnesty International as a political prisoner, has been in jail for the past decade. However, the former tycoon only had about eight months left on his original sentence."

"He has spent more than 10 years behind bars. It's a tough punishment," Putin said before pardoning him.

While Khodorkovsky steered clear of criticizing Putin, he did remind Western leaders that he is not the last political prisoner left in Russia.

"Please do not take me as a symbol that there are no political prisoners left in Russia," Khodorkovsky said.