Accessibility links
Edgar M. Bronfman, Longtime Leader Of World Jewish Congress, Dies : The Two-Way Bronfman, the first representative of a Jewish organization to speak before the United Nations, was also responsible for expanding Seagrams, which he inherited from his father. 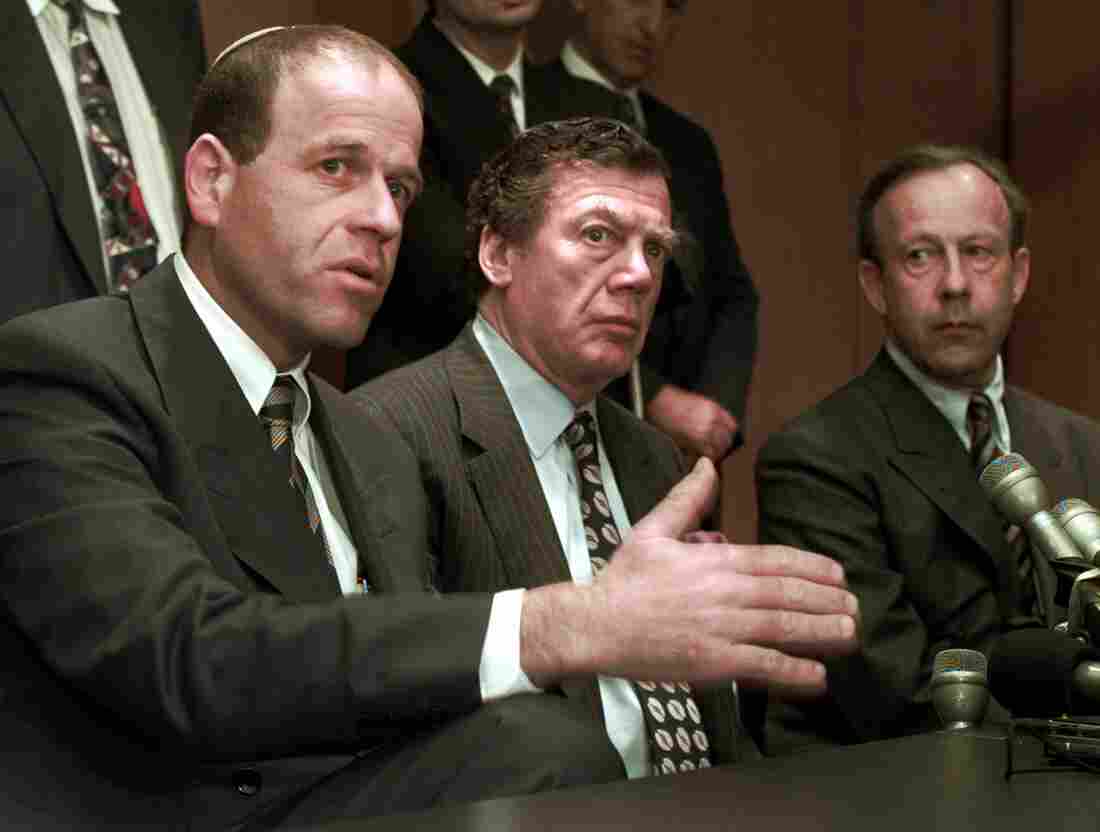 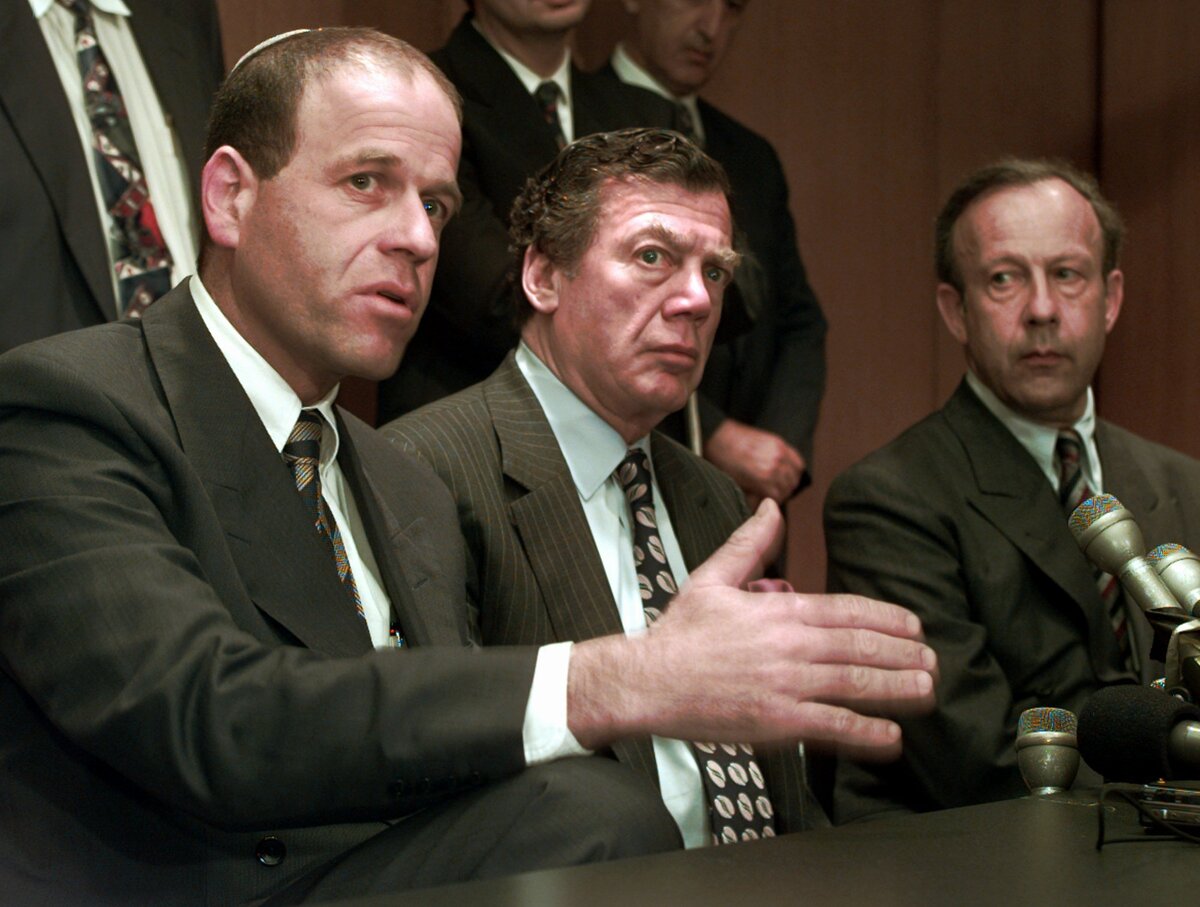 Edgar Bronfman (center), president of the World Jewish Congress, meets with Swiss bankers about a historic agreement to pay victims of the Holocaust restitution.

Edgar M. Bronfman, the former CEO of Seagrams and the philanthropist who led the charge as the leader of the World Jewish Congress to bring justice for victims of the Holocaust, died on Saturday.

"Many Jews around the world are better off today because of Edgar's determined, unrelenting fight for justice on their behalf," World Jewish Congress President Ronald S. Lauder said in a statement announcing Bronfman's death. "His name will forever be enshrined in the history books."

Before Bronfman took over the World Jewish Congress in 1979, the organization was a loose federation of Jewish groups in 66 countries. Bronfman turned the group into a powerful, united front that exposed the hidden Nazi past of Kurt Waldheim, the fourth secretary-general of the United Nations.

The organization also focused its attention on improving the living conditions of Jews in the Soviet Union and led a campaign to successfully force Swiss banks to pay restitution to the victims of German death camps.

President Bill Clinton awarded Bronfman the Medal of Freedom in 1999. On more than one occasion, Clinton quoted Bronfman on the importance of remembering the past.

"In forcing the world to face up to an ugly past," Bronfman would say, "We help shape a more honorable future."

Bronfman stepped down as the president of the World Jewish Congress in 2007.

As a businessman, reports The New York Times, Bronfman inherited Seagrams from his father. The Times reports:

"Edgar gave the company a more sophisticated image, in keeping with his own elegantly turned-out profile in New York society — a prominence underscored in the 1970s by the headlines generated by the kidnapping of his son Sam for ransom money.

"But as liquor profits began to falter, he broadened the company by acquiring Tropicana, taking Seagram into the oil business and eventually making it the largest minority shareholder in DuPont, the chemical giant. Later, he allowed his son Edgar Jr., who had succeeded him as head of the company, to risk billions of dollars to transform Seagram once again, this time into a major player in Hollywood."

Bronfman died at his home in Manhattan on Saturday. He was 84.