Accessibility links
Their Release Is Just A 'PR Stunt,' Pussy Riot Member Says : The Two-Way All three members of the band are now free. But the pardons are just an effort by President Vladimir Putin to shore up his country's reputation before February's Winter Olympics in Sochi, Pussy Riot member Maria Alyokhina said after her release. 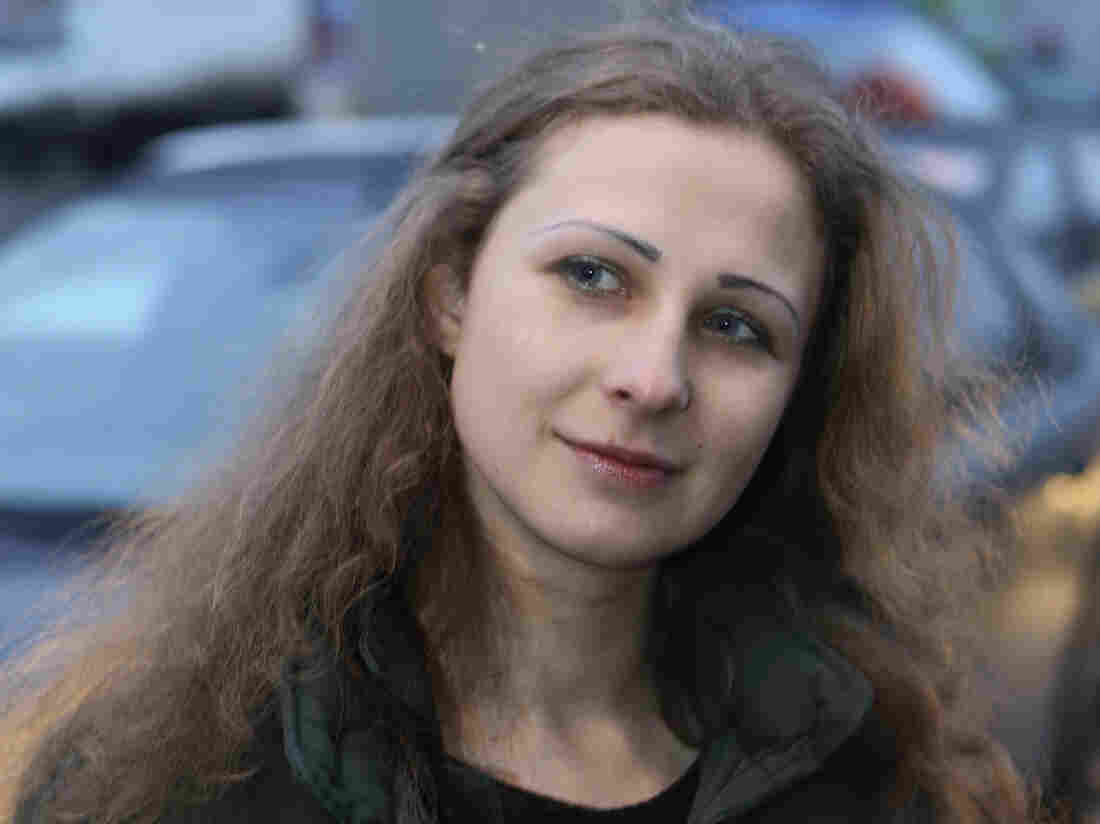 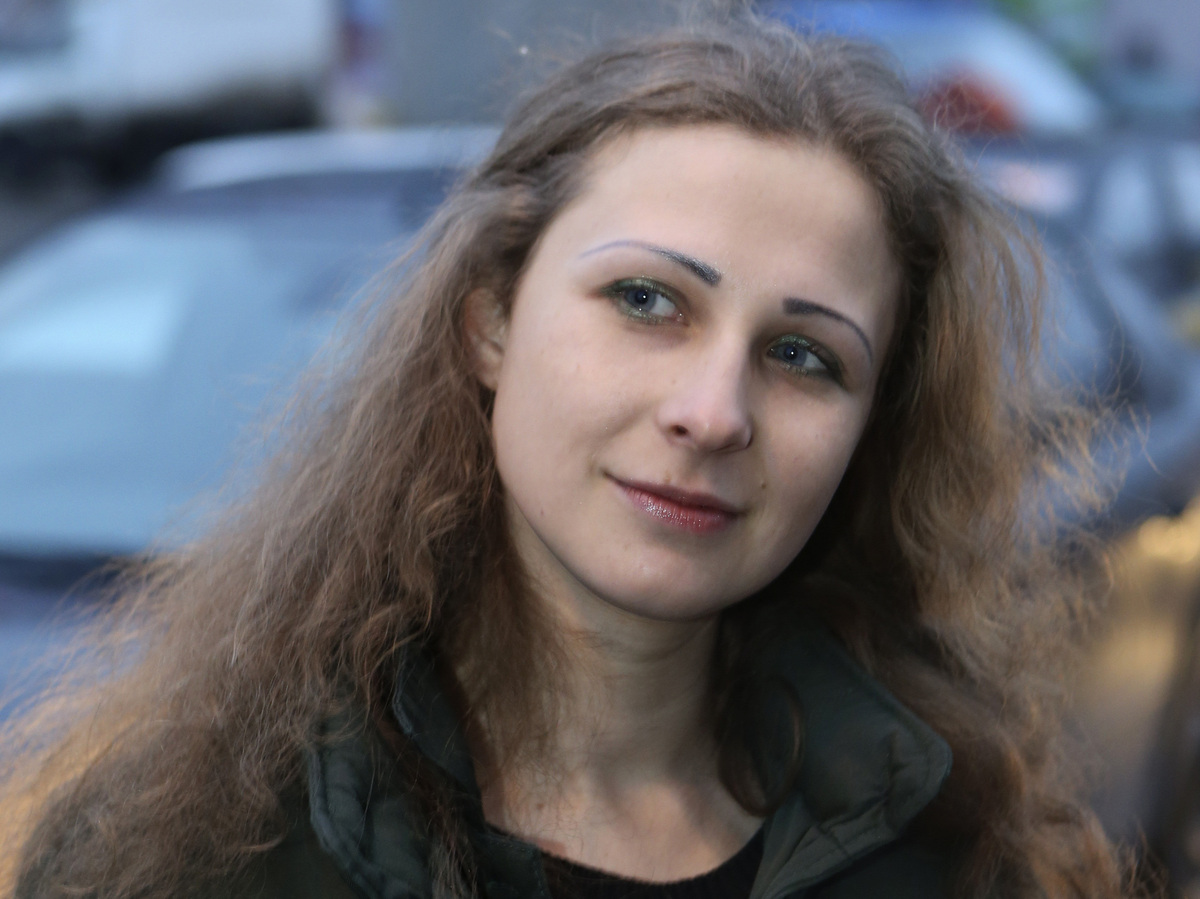 Maria Alyokhina, after her release from prison on Monday in Nizhny Novgorod, Russia.

The remaining members of the punk rock band Pussy Riot have been released from prison in Russia, a few months short of serving their full two-year sentences for "hooliganism" — a charge that the band's supporters say was just a trumped-up effort to quash free speech.

Once she was free on Monday, a defiant Maria Alyokhina said her release was not a humanitarian act on the part of Russian President Vladimir Putin but rather a "PR stunt" aimed at shoring up his nation's international image before February's Winter Olympics in Sochi.

NPR's Corey Flintoff reports from Moscow that Alyokhina "told reporters outside the prison that her attitude about Putin hasn't changed. Alyokhina says she would have rejected the amnesty, if she could have, but that the prison was ordered to release her."

Fellow band member Nadezhda Tolokonnikova, who was released from a different prison on Monday, shouted "Russia without Putin" after being freed, according to Reuters.

Alyokhina, Tolokonnikova and fellow band member Yekaterina Samutsevich were convicted and sentenced in August 2012 for being part of a performance earlier that year in Moscow's main Russian Orthodox cathedral. The band — which includes other women who were not prosecuted — performed a "punk prayer" critical of Putin, as Reuters writes.

The three women's two-year sentences were retroactive to March 2012, the month they were arrested. Their arrests, convictions and prison sentences drew attention around the world. Other artists, including Beatle Paul McCartney, called attention to the women's case. Other nations appealed to Putin to free the women.

Samutsevich was released in October 2012 after a court ruled her sentence should be suspended because had been thrown out of the cathedral before the band's performance began.

The women's release is one of several such moves by Putin in recent days. Last week, he pardoned oil tycoon Mikhail Khodorkovsky, who had been in jail for a decade for what the one-time billionaire's supporters say was his outspoken criticism of the Russian leader, not the corruption charges for which Khodorkovsky was convicted.

The Wall Street Journal notes that the "amnesty bill" that has led to freedom for the Pussy Riot women, Khodorkovsky and some other prisoners "has been widely viewed as an effort by Russia to settle a number of high-profile cases that have become headaches" before the Winter Games begin. ... The amnesty is expected to affect the cases of around 20,000 people, although 2,000 of those are actually incarcerated, with the rest either on probation or awaiting trial. The bill grants amnesty to invalids, veterans, minors, pregnant women and women with young children and was expanded at the last minute to those charged with hooliganism."