Accessibility links
'I Am A Lover ... Not A Hater,' Says 'Duck Dynasty' Star : The Two-Way Phil Robertson also says he won't "back off from my path." The reality show star has been suspended by A&E for his comments about homosexuality. Meanwhile, Cracker Barrel apologizes to customers for removing Duck Dynasty merchandise from its restaurants and says it will bring the goods back. 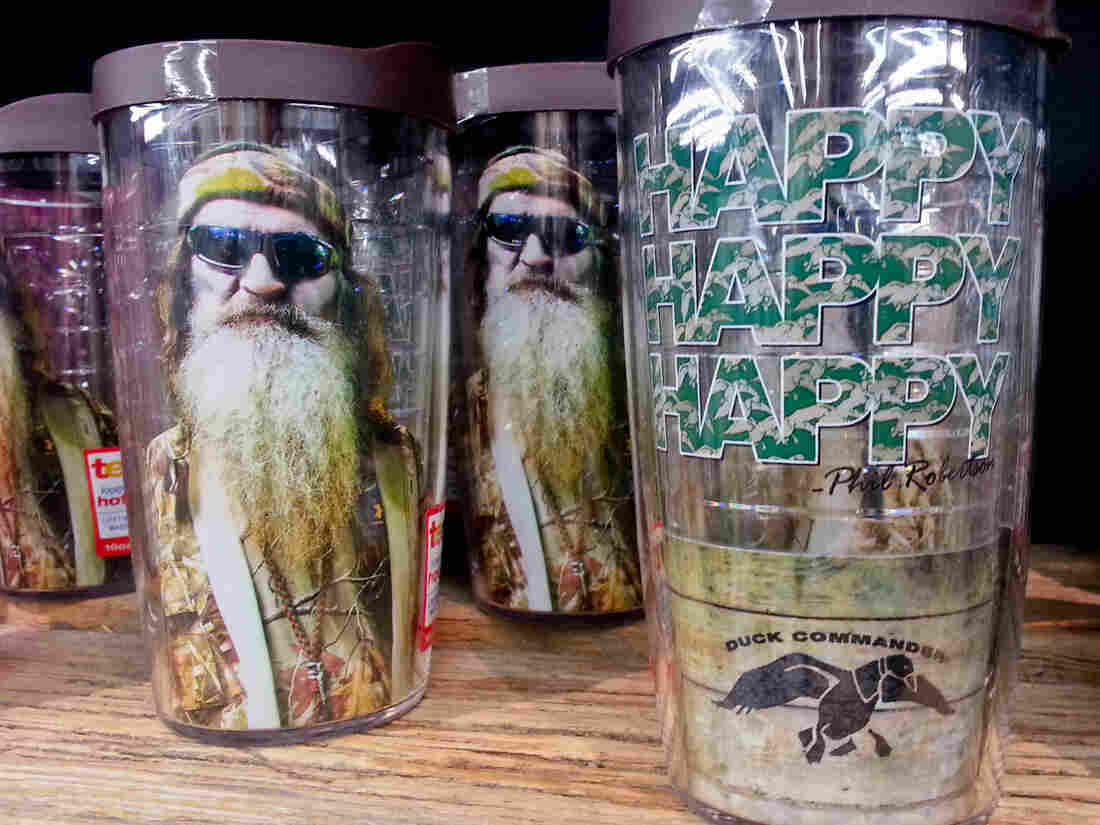 Duck Dynasty plastic drinking glasses with Phil Robertson's image are among the merchandise on sale at the Duck Commander store in West Monroe, La., and at other businesses around the nation. Matthew Hinton/AP hide caption 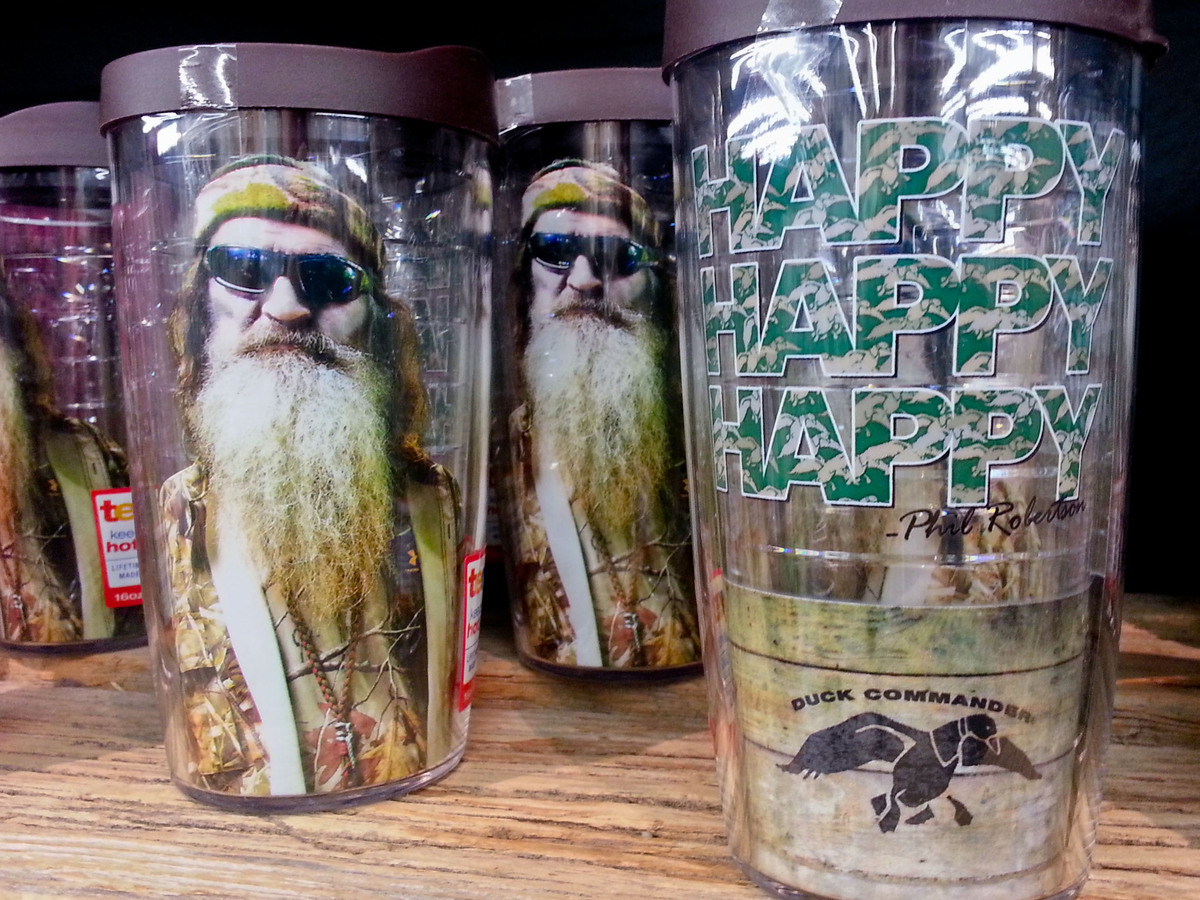 Duck Dynasty plastic drinking glasses with Phil Robertson's image are among the merchandise on sale at the Duck Commander store in West Monroe, La., and at other businesses around the nation.

"I love all men and women. I am a lover of humanity, not a hater," Duck Dynasty star Phil Robertson told a Bible study group Sunday in his first public comments following his suspension from the A&E reality show because of things he said to GQ magazine about homosexuality.

The U.K.'s Mail Online, which says one of its correspondents was given "exclusive access" to the West Monroe, La., Bible study group's meeting, adds that Robertson also said he "will not give or back off from my path."

A&E suspended Robertson from the highly rated show after comments from him such as these appeared in the GQ profile:

-- "Don't be deceived. Neither the adulterers, the idolaters, the male prostitutes, the homosexual offenders, the greedy, the drunkards, the slanderers, the swindlers — they won't inherit the kingdom of God. Don't deceive yourself. It's not right."

He also told GQ that when he was growing up in Louisiana in the days before the Civil Rights movement, "I never, with my eyes, saw the mistreatment of any black person. ... Were they happy? They were godly; they were happy; no one was singing the blues."

While organizations that advocate for gay rights have praised A&E's suspension of Robertson, many conservatives have come to his defense. And the Cracker Barrel restaurant chain, which had said it would take Duck Dynasty merchandise off its shelves, has reversed that decision after receiving complaints from customers.

"When we made the decision to remove and evaluate certain Duck Dynasty items, we offended many of our loyal customers," Cracker Barrel said Sunday on its Facebook page. "Our intent was to avoid offending, but that's just what we've done. You told us we made a mistake. And, you weren't shy about it. You wrote, you called and you took to social media to express your thoughts and feelings. You flat out told us we were wrong. We listened. Today, we are putting all our Duck Dynasty products back in our stores. And, we apologize for offending you. We respect all individuals right to express their beliefs. We certainly did not mean to have anyone think different."

Related post on Monkey See: 'Duck' And Cover: What, Exactly, Is The Point?