Accessibility links
Repairs Done, Astronauts Wrap Up Spacewalk : The Two-Way Astronauts have made critical repairs on the International Space Station's cooling equipment. On Saturday, they spent 5 1/2 hours outside the station. They spent more than six hours outside on Friday. 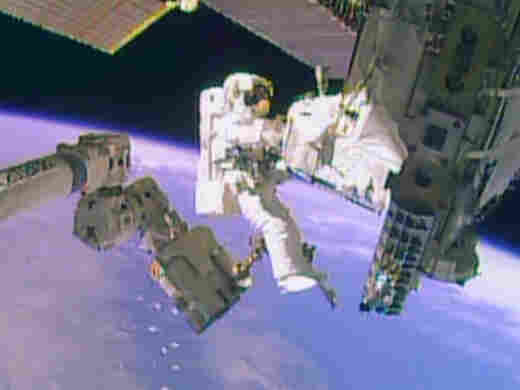 A NASA television image from Tuesday's spacewalk to replace a coolant pump on the International Space Station. NASA hide caption

NPR's Joe Palca reports that American spacewalkers Michael Hopkins and Rick Mastracchio had to bolt the massive pump in place (on the ground, it weighs 780 pounds), connect four ammonia lines and plug in five electrical cables. The ammonia is a refrigerant used in the station's two-part cooling system, which is necessary to dissipate heat from the onboard electrical equipment.

Palca says "moving that much mass requires precision movements, so slow and steady is the name of the game." 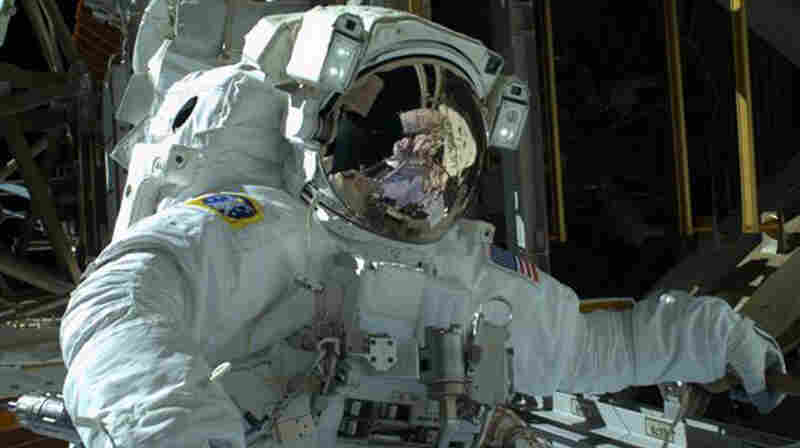 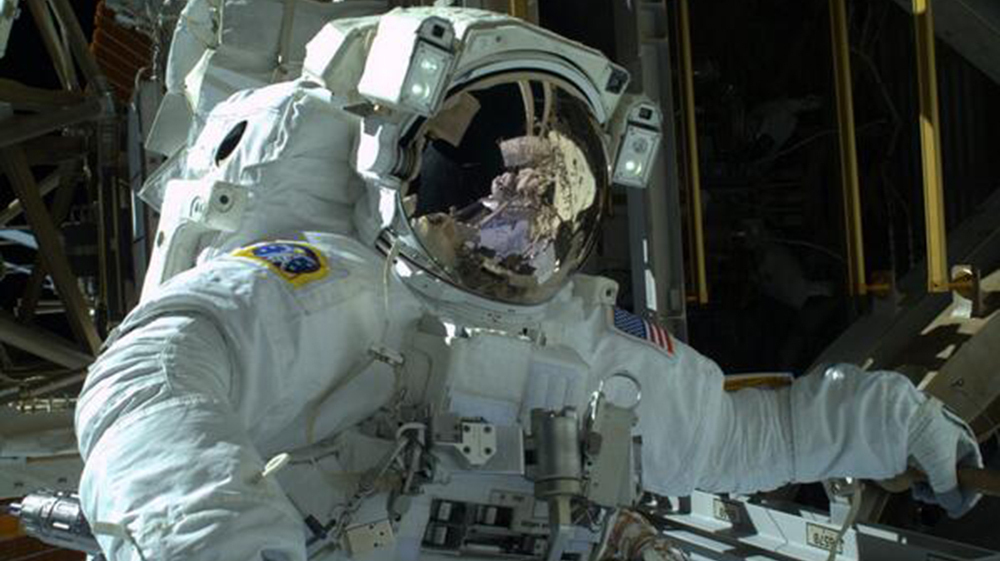 "Every step in [Tuesday's] spacewalk was carefully choreographed," he says. "You don't just pit the pump ini place and start tightening bolts. You do it in the order that controllers in Houston tell you to."

Part I of the repair work on Saturday was highlighted by the 5 1/2 hour spacewalk of Hopkins and Mastracchio. They'll be doing the work again today. The goal: install a spare pump to replace the one they removed on Saturday.

According to NASA, "the crew has completed installing and hooking up the new ammonia pump to the #ISS. Time to clean up the work site."

The astronauts' spacewalk officially began at 6:53 a.m. ET and is expected to last about 6 1/2 hours, NPR's Joe Palca tells our Newscast Desk. That would push them past 1 p.m. ET.

He adds that the pump Hopkins and Mastracchio will replace "sends coolant through one of two independent refrigeration system the station needs to remove the heat generated by all the electrical equipment on board."