Accessibility links
Pope Francis Preaches Message Of Love At Christmas Eve Mass : The Two-Way Delivering his first Christmas homily, Francis emphasizes that the church must be of service to those in need. 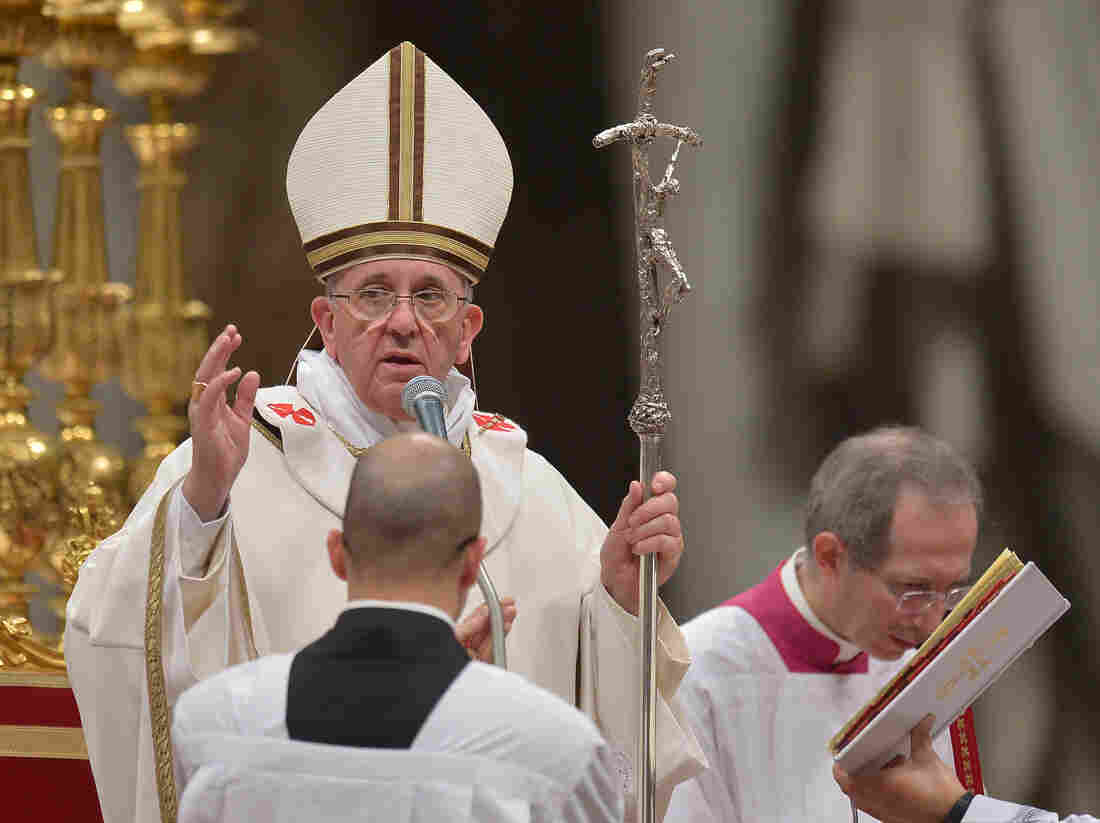 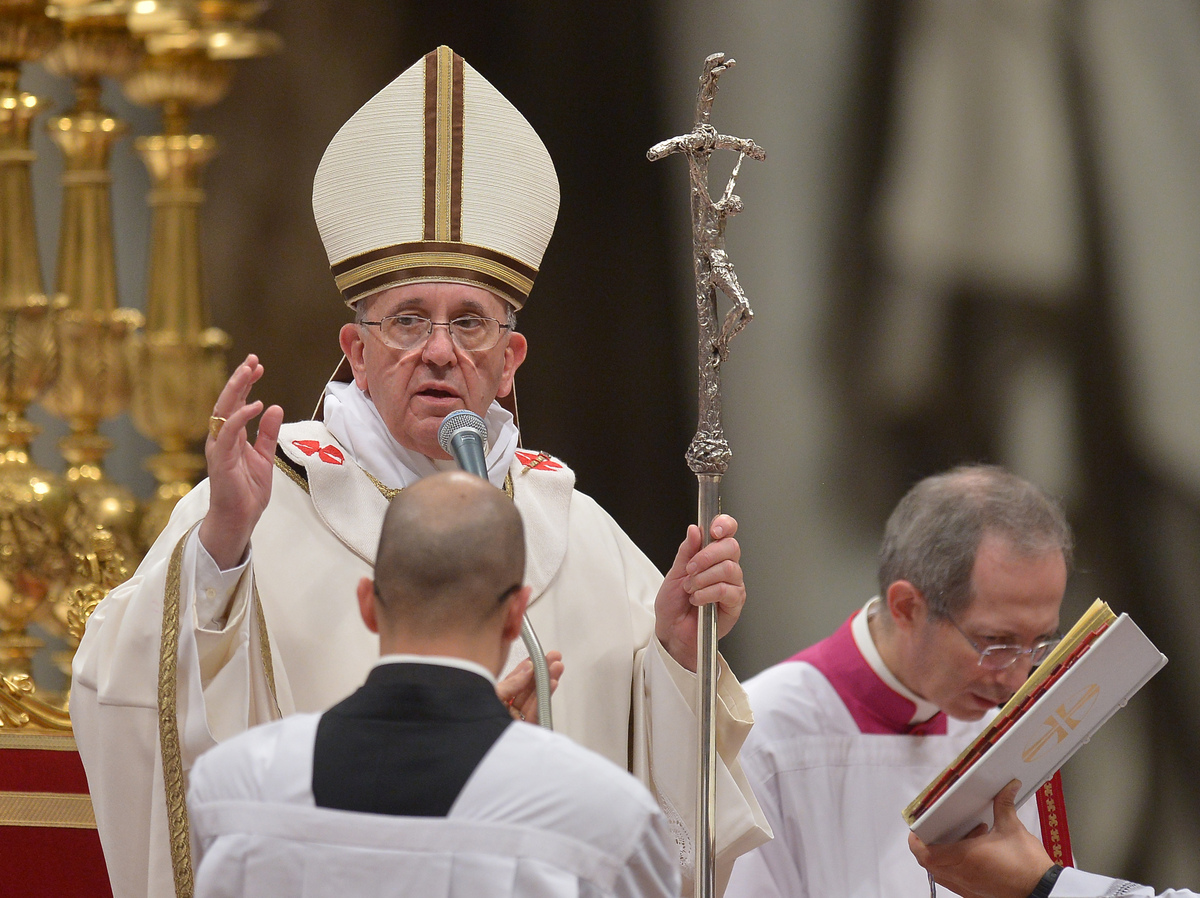 Pope Francis blesses the crowd at the Christmas Eve Mass at St. Peter's Basilica, on Tuesday at the Vatican.

In his first Christmas Eve Mass as pontiff, Pope Francis spoke of Jesus as an infant in keeping with the first months of his papacy that have been dedicated to the most vulnerable in society.

Speaking at St. Peter's Basilica at the Vatican, Francis noted that the first to learn of the birth of Christ were shepherds, who were considered "among the last, the outcast."

"The bells of St. Peter's rang as Francis, who turned 77 a week ago, walked briskly up the main aisle of the basilica for the ceremony, which began Tuesday 2 ½ hours before midnight. Keeping with the theme of humility he has set for his new papacy, Francis carried the statue instead of an aide, and kissed a knee of the figure of the newly born Jesus."

"Francis has applied this same vision to the heart of the Vatican's own working, saying in past remarks there is no place for [personal] ambition in the clerical hierarchy. Rather, he has insisted, the Catholic church must be one of service to those in need."

"There are both bright and dark moments, lights and shadows," Francis said in his homily. "If our heart is closed, if we are dominated by pride, deceit, self-seeking, then darkness falls within us and around us."