Accessibility links
Jobless Claims Fell Sharply Last Week : The Two-Way Economists caution against reading too much into the latest economic data. During the holidays, offices that collect the information aren't always open and that can delay some of their work. 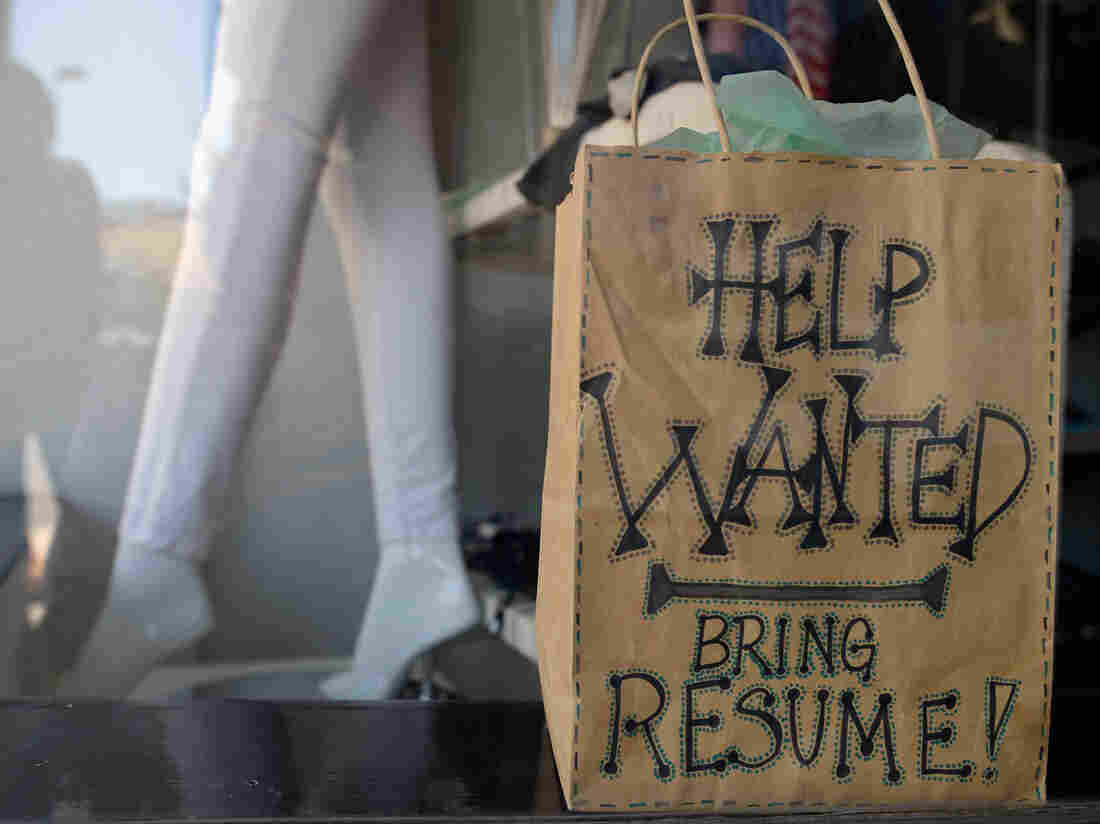 A "help wanted" sign earlier this year in the window of a clothing store in Pasadena, Calif. Kevork Djansezian/Getty Images hide caption 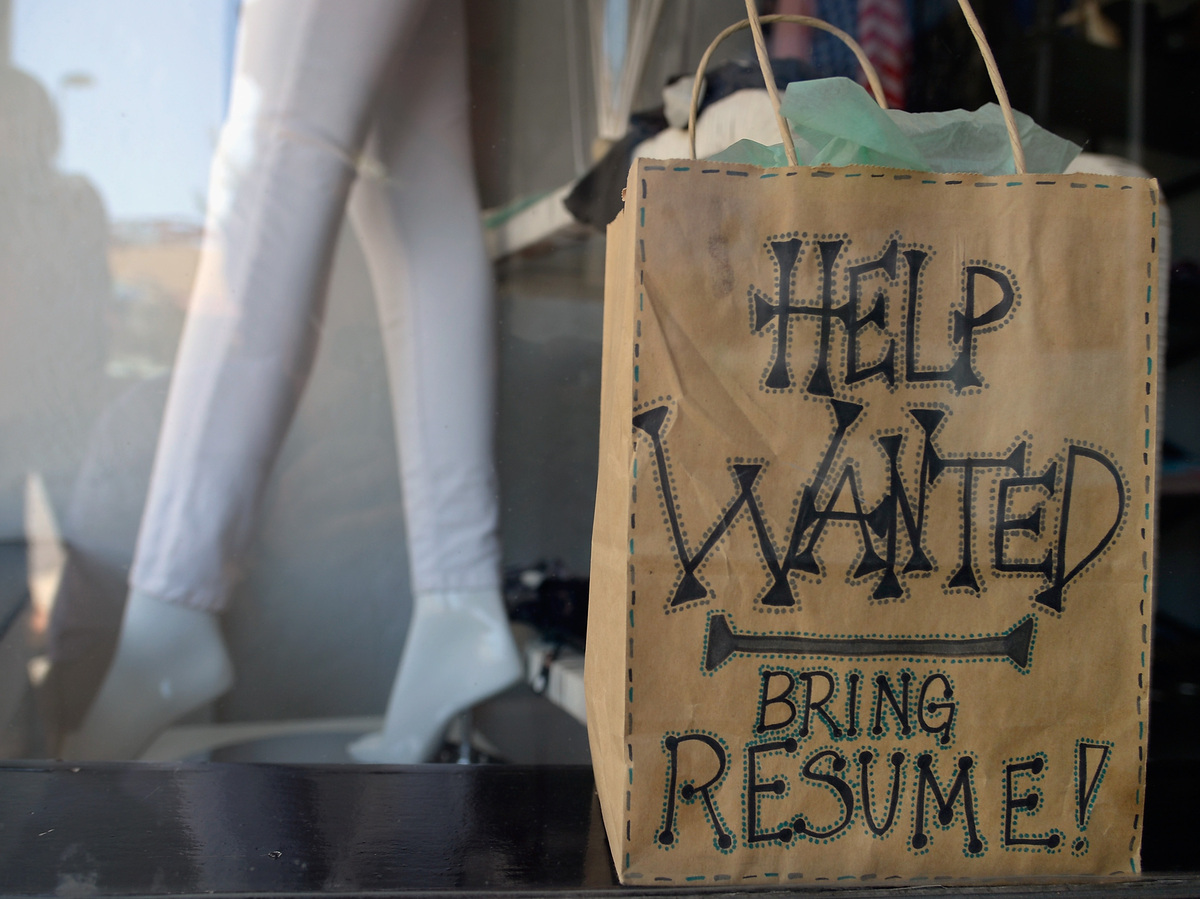 A "help wanted" sign earlier this year in the window of a clothing store in Pasadena, Calif.

Just as last week's figures may been distorted by temporary factors related to the holiday season that made things look worse than they really are, the word Thursday that there's been a sharp drop in claims for unemployment insurance needs to be accompanied by the same sort of caveat.

The Employment and Training Administration says there were 338,000 first-time claims filed last week, down 42,000 from the week before.

But, as Bloomberg News says, "the year-end holidays make it difficult to adjust for fluctuations in applications for jobless benefits, a Labor Department official said as the figures were released."

MarketWatch adds that while "the number of new weekly jobless claims dropped by the most in more than a year ... economists caution over reading too much into volatile data around the holiday season." According to that newssite:

"The data can be especially volatile during the holiday season stretching from Thanksgiving to New Year's Day. State unemployment offices are open fewer hours and there are often delays in processing claims."

Still, Reuters concludes that the latest report is "a hopeful sign for the labor market."

Even when the U.S. economy is in good shape and companies are hiring, there are always at least some people losing their jobs. The most recent recession officially began in December 2007 and lasted into June 2009. The weekly claims figure peaked at 670,000 in March 2009. They've mostly held below 400,000 per week since late 2012.