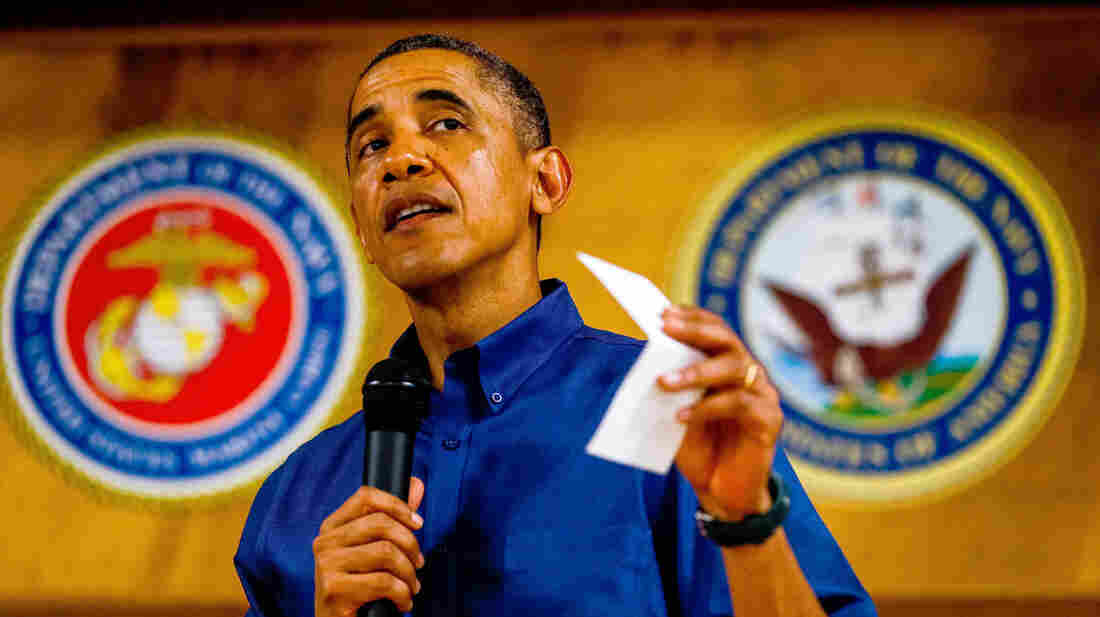 President Obama speaks to current and retired members of the U.S. military and their families as they eat a Christmas Day meal in the Anderson Hall mess hall at Marine Corps Base Hawaii on Wednesday. Getty Images hide caption 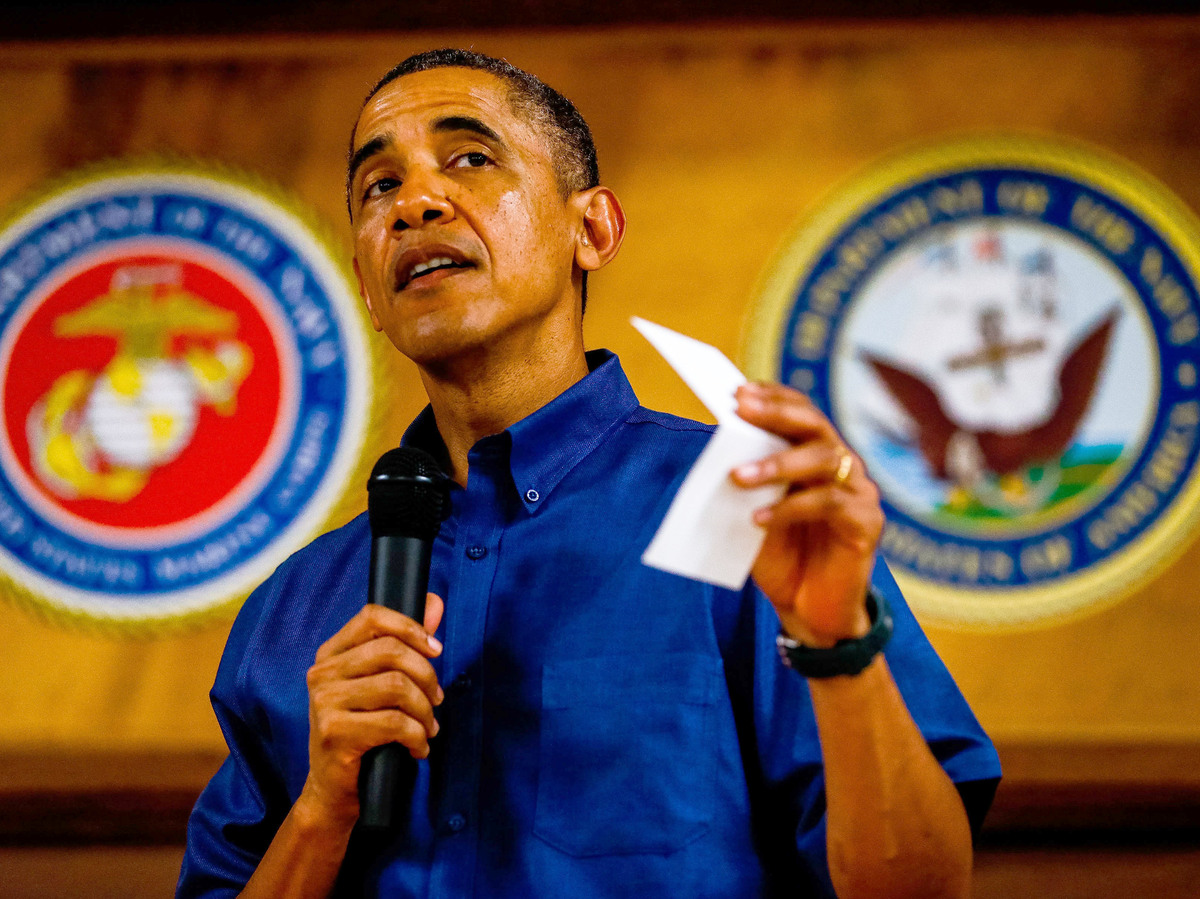 President Obama speaks to current and retired members of the U.S. military and their families as they eat a Christmas Day meal in the Anderson Hall mess hall at Marine Corps Base Hawaii on Wednesday.

President Obama on Thursday signed the bipartisan budget bill agreed upon earlier this month, setting the stage for an easing of mandatory spending cuts over the next two years.

The Senate approved the spending measure last week, following its passage in the Republican-dominated House.

"Obama signed the bill Thursday while vacationing in Hawaii. The deal reduces across-the-board cuts already scheduled to take effect, restoring about $63 billion over two years. It includes a projected $85 billion in other savings.

"It's not the grand bargain that Obama and congressional Republicans once had wanted, but it ends the cycle of fiscal brinkmanship for now, by preventing another government shutdown for nearly two years.

"The bill signing marks one of Obama's last official acts in a year beset by the partial government shutdown, a near-default by the Treasury, a calamitous health care rollout and near-perpetual congressional gridlock."

Reuters says the president also authorized "appropriations for Department of Defense programs and related spending at other agencies. The act sets out a Pentagon base budget of $526.8 billion in the 2014 fiscal year."

But, as NPR's Ari Shapiro reports, the defense authorization does not go as far as the president wants in closing Guantanamo Bay.

As he has in past years, Obama attached a signing statement complaining of "unwarranted and burdensome restrictions" on transferring detainees out of the prison.

Although the law eases those restrictions a bit, making it easier to transfer detainees to foreign countries, Congress still won't let the White House move detainees to U.S. soil, making it nearly impossible to close the prison, Shapiro reports.

Obama says the restrictions "unwise" and insists that "the executive branch must have the authority to determine when and where to prosecute Guantanamo detainees."