Accessibility links
Conviction Overturned For Priest Jailed In Abuse Scandal : The Two-Way A three-judge panel unanimously rejected the argument that Monsignor William Lynn was legally responsible for the welfare of abused children in the Philadelphia Archdiocese. 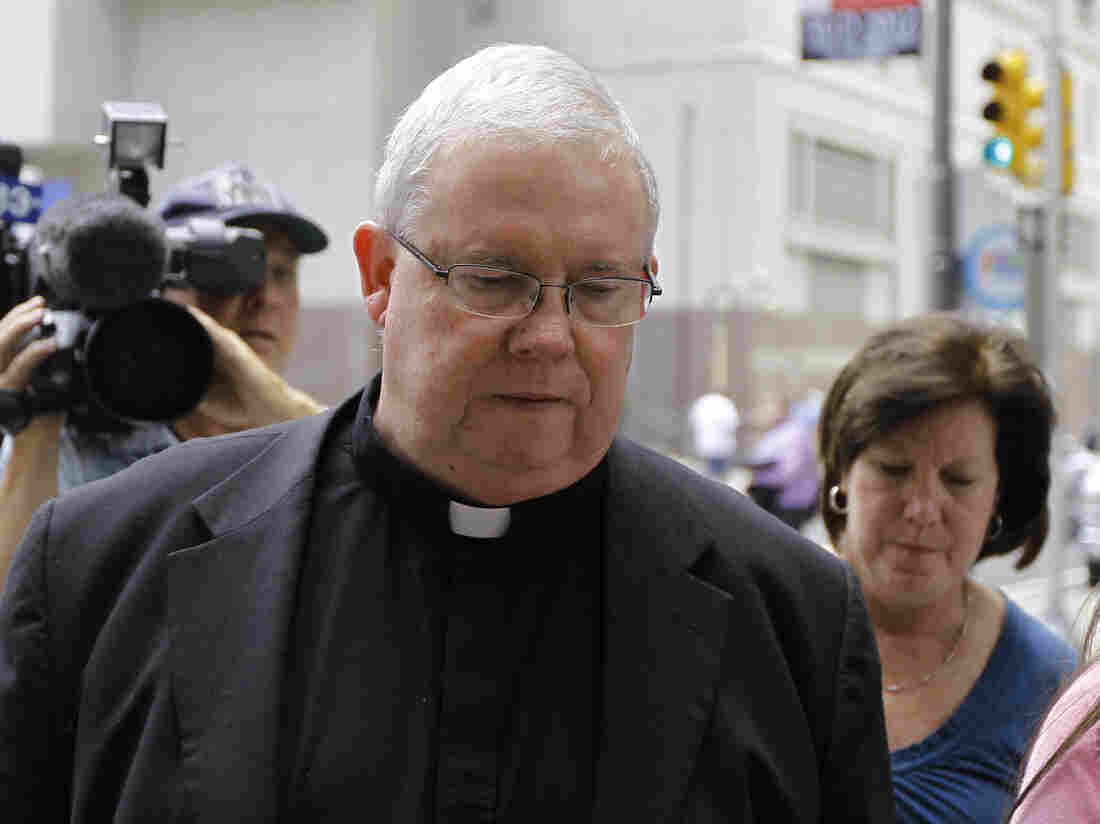 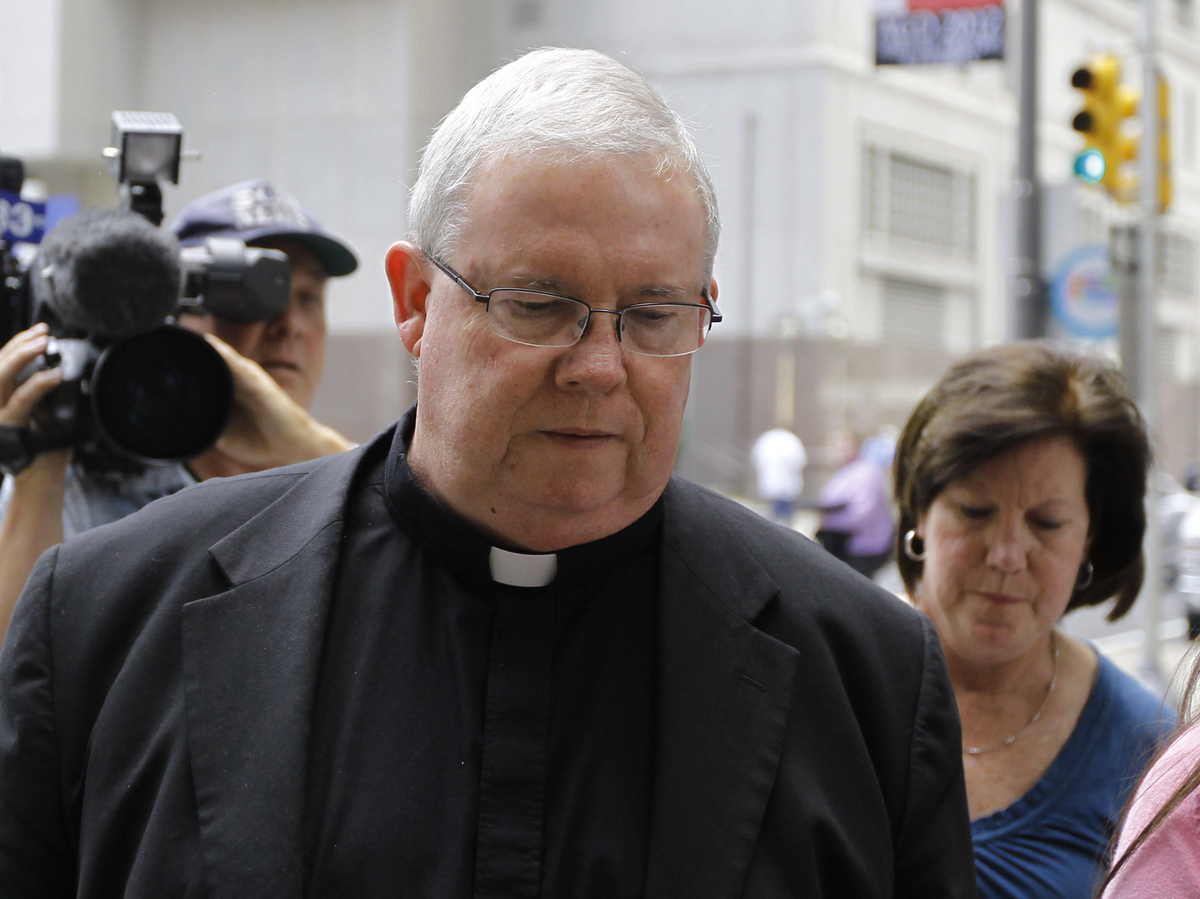 Monsignor William Lynn walks to the Criminal Justice Center before a scheduled verdict reading, on June 22, 2012, in Philadelphia.

After spending a year and a half in jail, a Philadelphia Roman Catholic priest convicted of child endangerment will go free after a court overturned the 2012 verdict.

NPR's Jeff Brady says although Monsignor William Lynn, 62, was never accused of abuse himself, he was convicted in 2012 of putting children in danger by moving abusing priests to unwitting parishes. Lynn was an official of the Archdiocese of Philadelphia at the time.

On Thursday, however, a three-judge panel unanimously rejected prosecutors' arguments that Lynn was legally responsible for the welfare of the children allegedly abused by priests under his supervision.

"He's been in prison 18 months for a crime he didn't commit and couldn't commit under the law," Lynn's attorney, Thomas Bergstrom, said. "It's incredible what happened to this man."

Brady says the Archdiocese released a statement saying that it earlier had expressed hope that the nature of Lynn's conviction would be objectively reviewed.

Lynn is the first U.S. church official ever put on trial for mishandling clergy abuse complaints. He was serving a three- to six-year sentence.