Accessibility links
Third Icebreaker Fails To Reach Stranded Ship In Antarctic : The Two-Way The MV Akademik Shokalskiy has been stuck in the ice for a week. The 74 passengers and crew are safe, but may have to be airlifted to ships in open water. They continue to post messages and videos — some indicating that life on board may be getting a bit tedious. 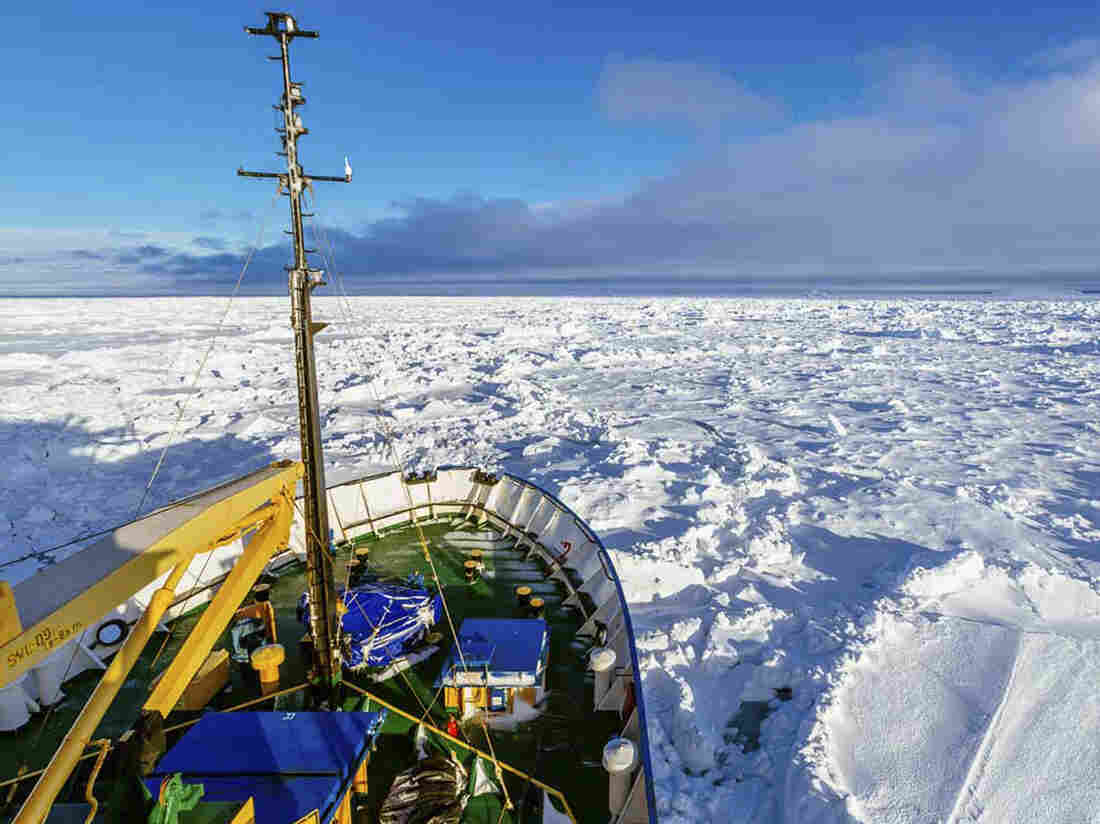 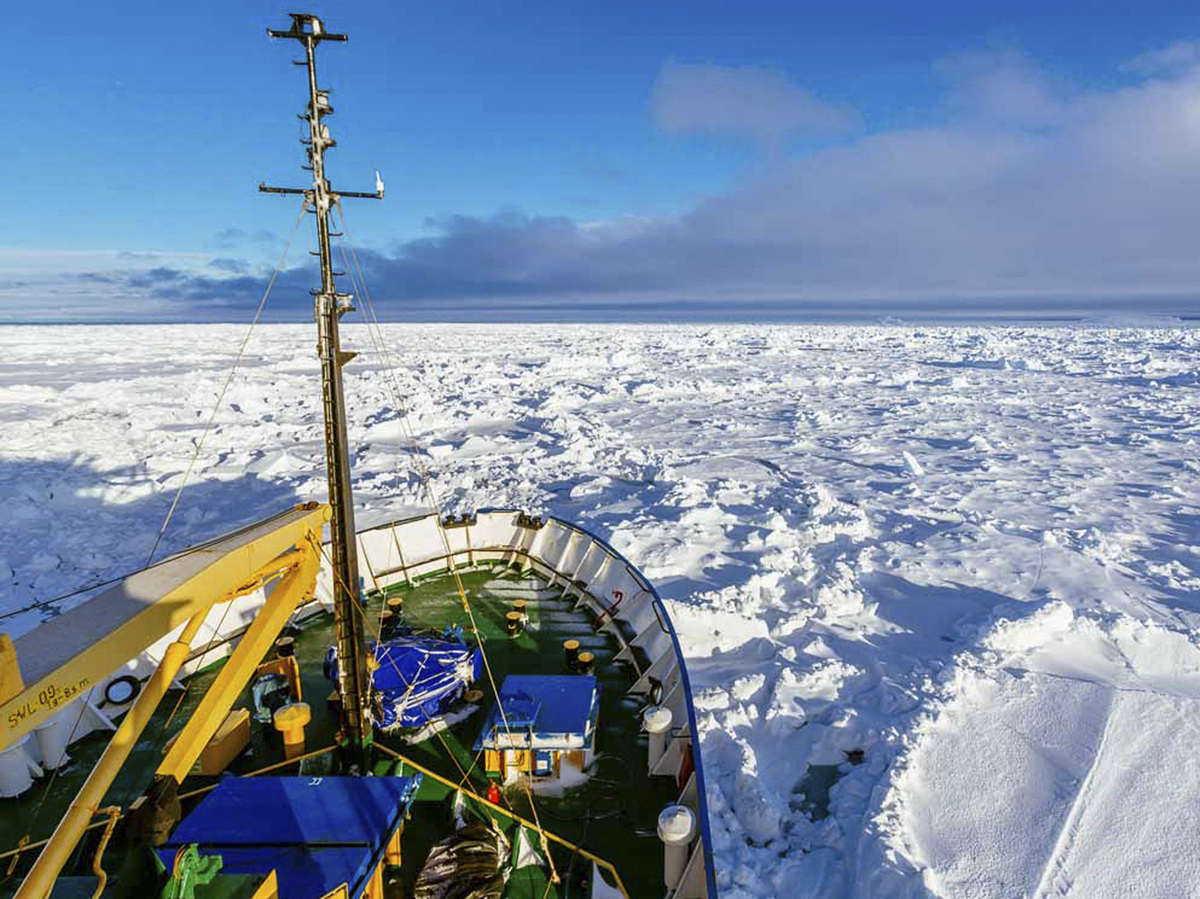 Nowhere to go: A view from the MV Akademik Shokalskiy, which is trapped in thick Antarctic ice 1,500 nautical miles south of Hobart, Australia.

That was the word early Monday from aboard the MV Akademik Shokalskiy — the Russian ship with 74 passengers and crew that's been stuck in Antarctic ice for a week now.

The message, a tweet from expedition leader Chris Turney, means that a third icebreaker — in this case the Aurora Australis from Australia — has tried and failed to reach the Akademic Shokalskiy.

A disappointing day by hopefully the icebreakers well get through to us tomorrow. #spiritofmawson Alok Jha https://t.co/CZCo7JEFhc

As we reported Sunday, if it's ultimately determined that the Aurora can't break through, passengers aboard the Akademic Shokalskiy may be airlifted to the three icebreakers now nearby in open waters.

Turney also reported Monday that the weather has been "shocking ... wet & windy."

Meanwhile, videos being posted by some of those on the stranded ship indicate that while life may not be too exciting, they are safe and sound. "Everybody's fine on board," passenger John Black says in one clip. "It's a fantastic adventure we're having."

The Guardian's Laurence Topham is on the Akademic Shokalskiy. A video he's posted is less rosy than those from other passengers. He reports that while "it's fun," he's beginning to feel run down. "I miss my girlfriend, I miss my family and friends. I miss banana and peanut butter milkshakes," he says.

As The Guardian adds:

"When it got stuck last week, the Shokalskiy was just over two weeks into its month-long journey, from Bluff in New Zealand to Commonwealth Bay in East Antarctica, following in the footsteps of the great Antarctic explorer and scientist Douglas Mawson. He led the original AAE of 1911, and the modern incarnation intended to repeat his wildlife, ocean and weather observations to build a picture of how this part of the world had changed over the past 100 years.

"The Shokalskiy has around 50 passengers — including scientists and paying members of the public — and 20 crew on board. It became stuck in the ice near Cape de la Motte in East Antarctica, around 1,500 nautical miles from Hobart in Tasmania, after strong blizzards hit the vessel on Christmas Eve."