Accessibility links
NFL Firings Begin: Browns, Redskins, Others Ax Coaches : The Two-Way With the 2013 regular season now over, teams are starting to fire coaches who produced disappointing results. The least surprising dismissal so far: that of Washington Redskins coach Mike Shanahan. His departure had been rumored for weeks. 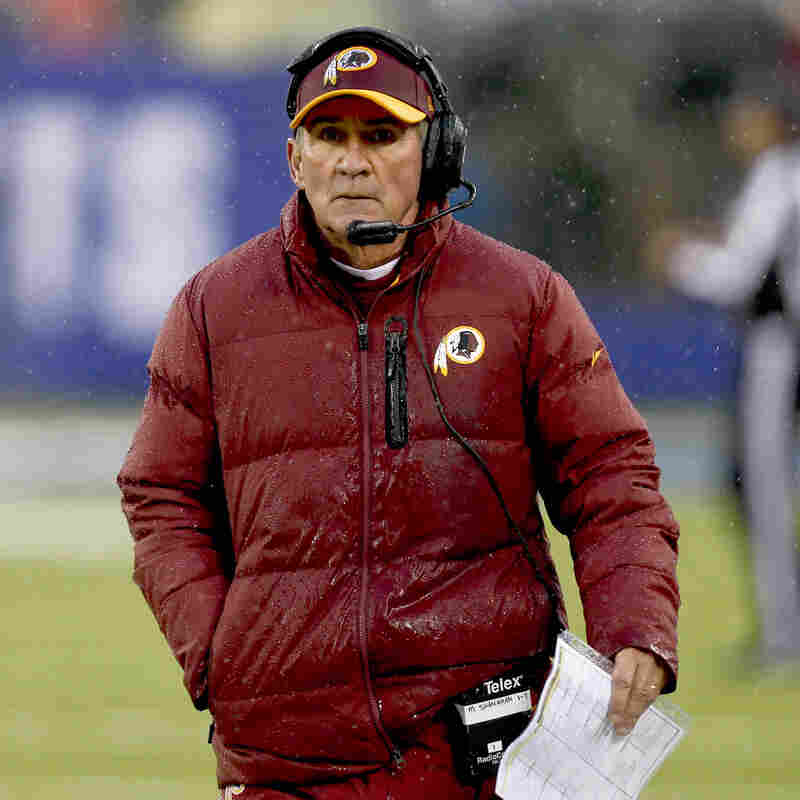 He's out: Washington Redskins head coach Mike Shanahan on Sunday during the team's loss to the New York Giants. He was fired on Monday. Jeff Zelevansky/Getty Images hide caption 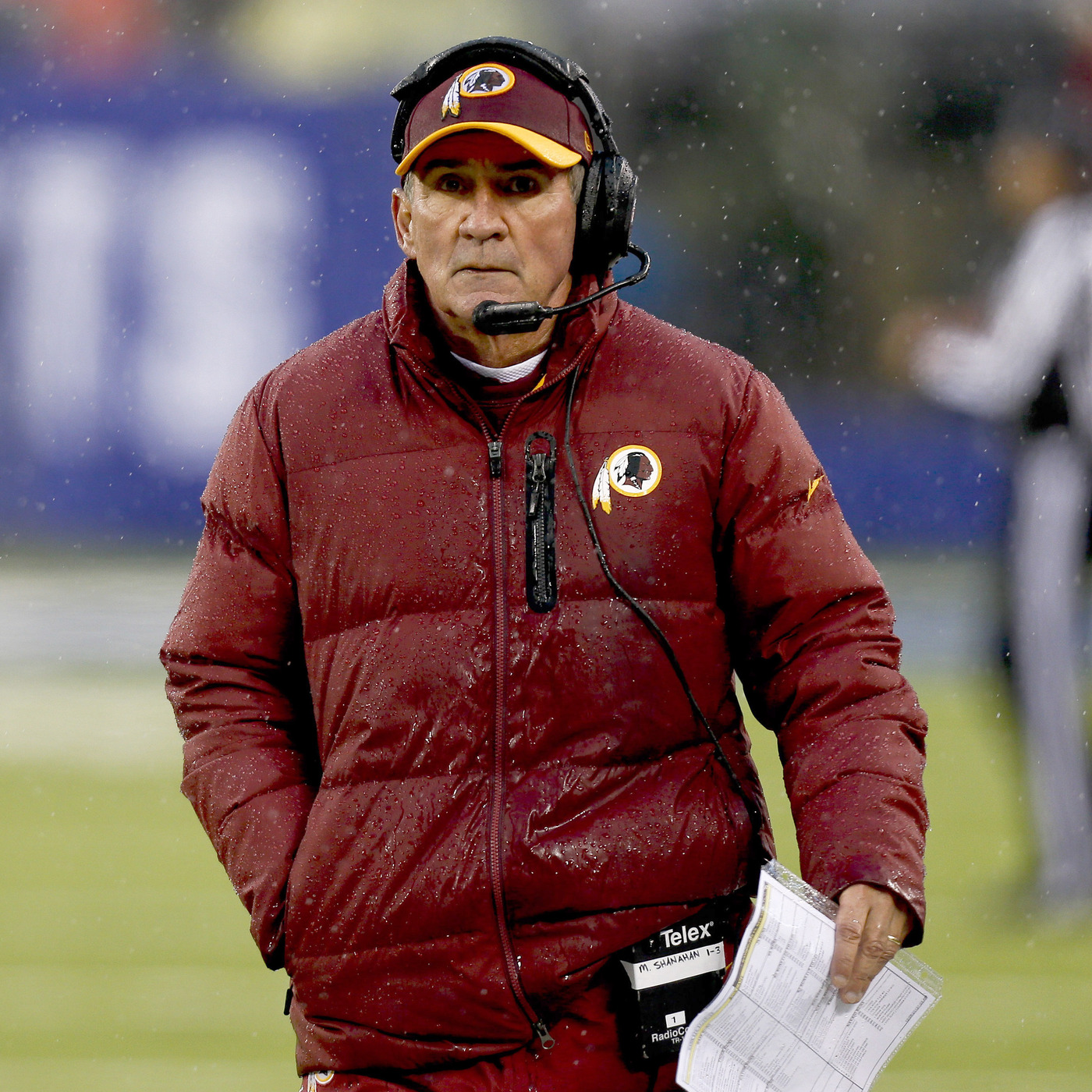 He's out: Washington Redskins head coach Mike Shanahan on Sunday during the team's loss to the New York Giants. He was fired on Monday.

Coaches' heads are beginning to roll in the National Football League, now that the 2013 regular season is over.

-- Cleveland Browns coach Rod Chudzinski has lost his job after just one season with the club. The Browns finished with a 4-12 record.

-- The Minnesota Vikings have dismissed coach Leslie Frazier. In just more than three seasons, he had a 21-32-1 record. This year, the Vikings went 5-10-1.

And in perhaps the least surprising report, The Washington Post says that the Redskins have fired coach Mike Shanahan after his team finished the season with three wins and 13 losses.

Shanahan won 24 games and lost 40 during four regular seasons with the team.

As the Post adds, "the move had become increasingly inevitable in recent weeks and was made official Monday. The entire staff of assistant coaches was let go as well."

While the Redskins won the NFC East division last year, the team's star quarterback — Robert Griffin III — suffered a severe knee injury during Washington's one playoff game following the 2012 season. Griffin recovered to play again this year, but wasn't the same. Meanwhile, as the Post has reported, Shanahan's relationships with Griffin and owner Daniel Snyder appeared to sour.

According to many media reports:

-- So is the Detroit Lions' Jim Schwartz.