Accessibility links
Al-Qaida's Receipts: From 60-Cent Cake To A $6,800 Workshop : The Two-Way Receipts left behind in Timbuktu show how the terrorist network tracks its expenses, The Associated Press reports. From minor amounts spent on food to much more spent on meetings, al-Qaida records expenses much like a multinational corporation would, the wire service says.

The Associated Press has posted images of more than 100 receipts believed to have been left behind by al-Qaida operatives in Timbuktu, Mali, that show how "the extremists assiduously tracked their cash flow, recording purchases as small as a single light bulb." 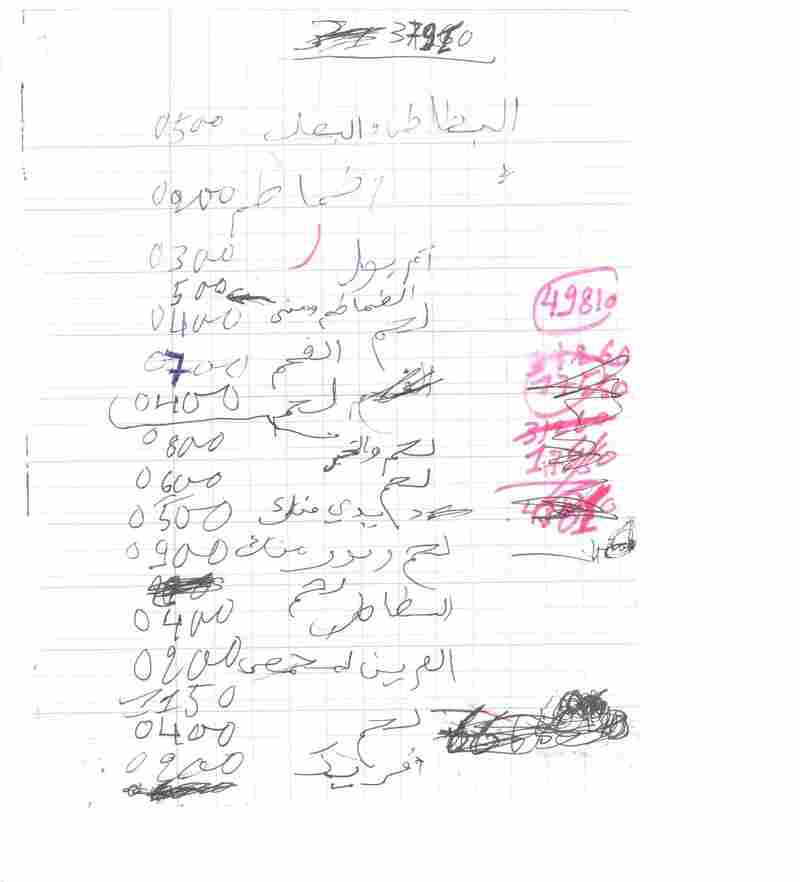 This receipt for groceries, which includes prices paid for tomatoes, onions, charcoal, meat and a light bulb, was retrieved from a building occupied by al-Qaida's North African branch in Timbuktu, Mali. /AP hide caption 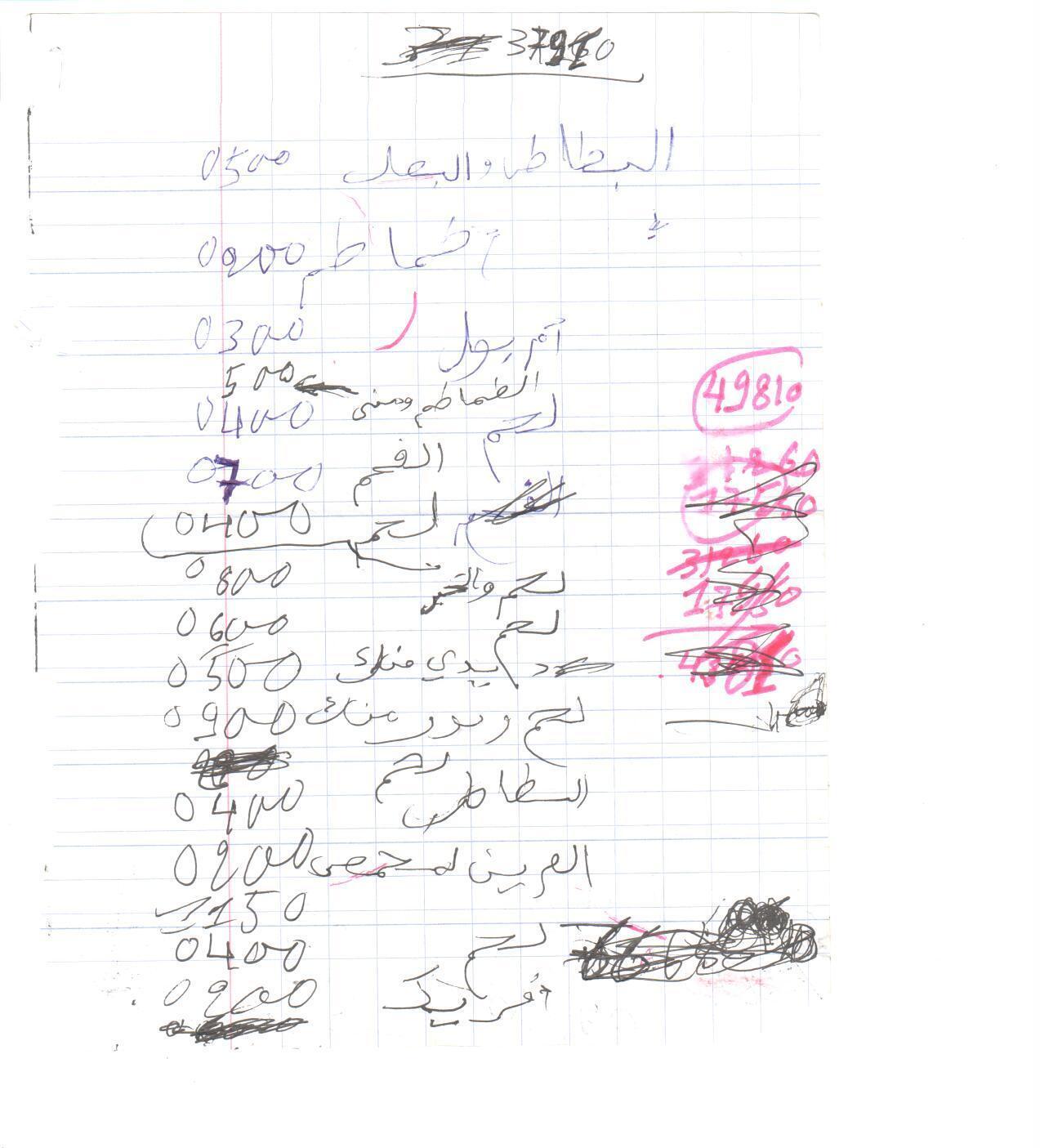 This receipt for groceries, which includes prices paid for tomatoes, onions, charcoal, meat and a light bulb, was retrieved from a building occupied by al-Qaida's North African branch in Timbuktu, Mali.

"The accounting system on display in the documents ... is a mirror image of what researchers have discovered in other parts of the world where al-Qaida operates, including Afghanistan, Somalia and Iraq. The terror group's documents around the world also include corporate workshop schedules, salary spreadsheets, philanthropy budgets, job applications, public relations advice and letters from the equivalent of a human resources division.

"Taken together, the evidence suggests that far from being a fly-by-night, fragmented terror organization, al-Qaida is attempting to behave like a multinational corporation, with what amounts to a company-wide financial policy across its different chapters."

The AP adds that:

The detailed records include expenses as small as 60 cents for a piece of cake and as large as $6,800 for a "workshop."

"Ayman al-Zawahiri: Hold on a moment, Nasser. Abdul, is that you?

"Abdul: Yeah, it's me. It's just, it seems pretty clear to me that some U.S. intelligence agency or another is spying on pretty much every form of communication at this point. Holding a conference call in which the world's top al-Qaida leaders discuss their terror plots just seems like an incredibly bad idea.

"Abdul: What? Have you not been reading these Guardian reports?

"Ayman al-Zawahiri: I think I heard something about it a while ago, but it didn't sound that interesting.

"Adbul: Are you serious?