Accessibility links
Brain-Dead Girl Can Stay On Life Support, Judge Orders : The Two-Way Jahi McMath, 13, has been on a ventilator since a tonsillectomy operation went wrong earlier this month. The hospital has sought to terminate life support, but the family says there's still hope for the teen. 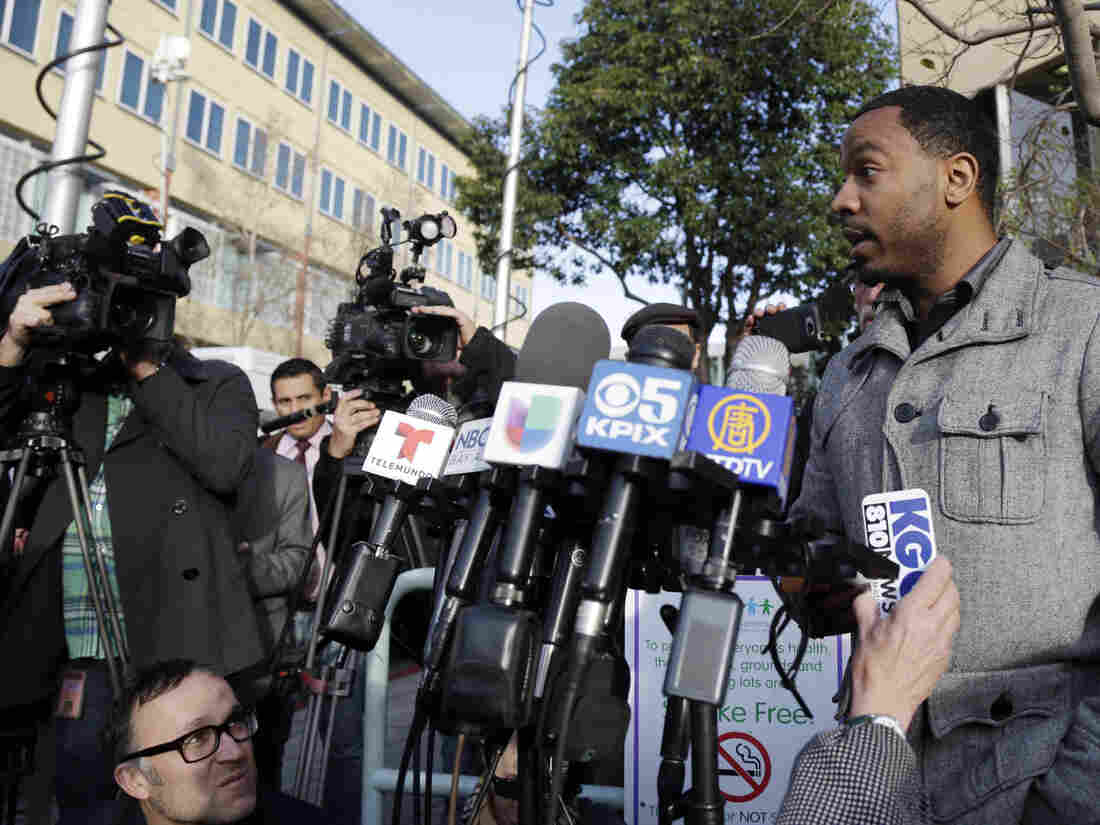 Family spokesman Omari Sealey makes a statement to the media regarding the condition of his niece Jahi McMath on Monday, in Oakland, Calif. Marcio Jose Sanchez/AP hide caption 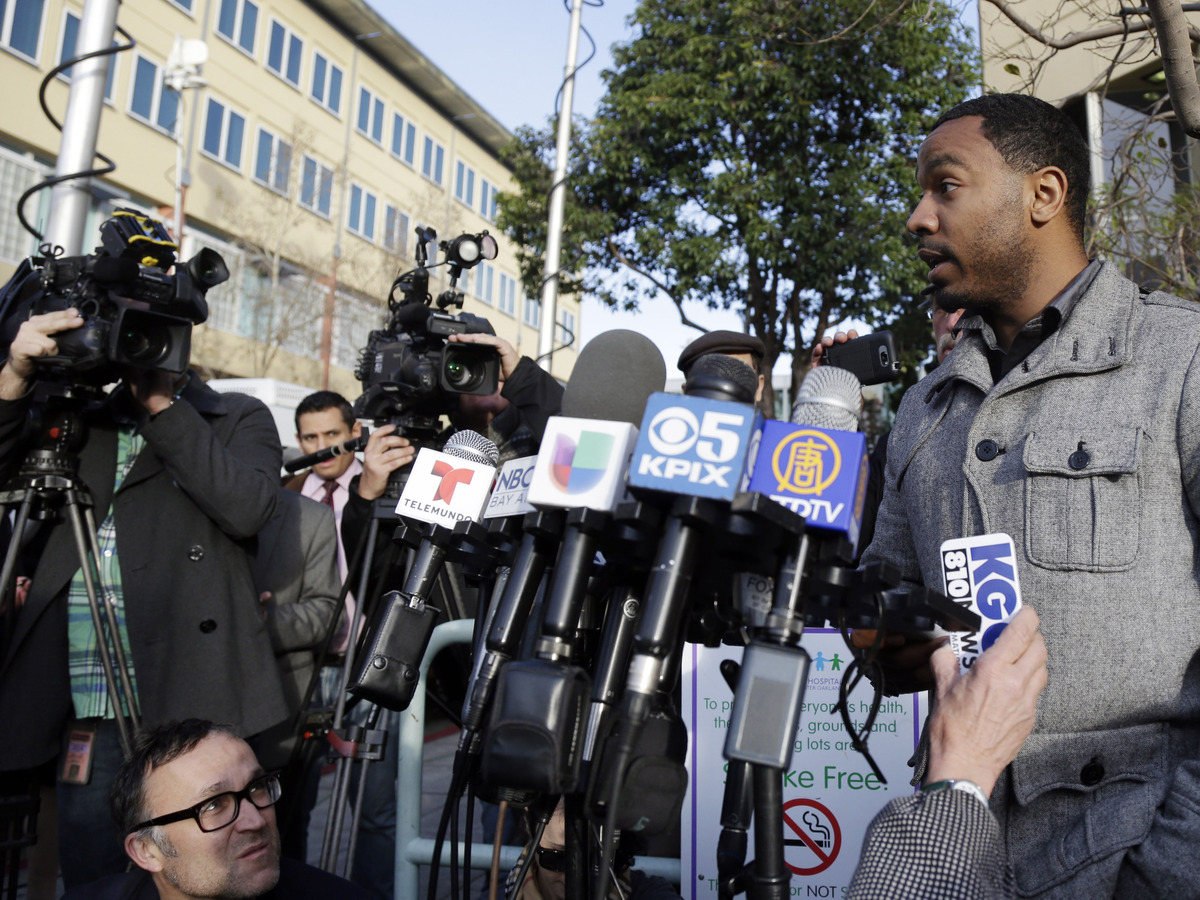 Family spokesman Omari Sealey makes a statement to the media regarding the condition of his niece Jahi McMath on Monday, in Oakland, Calif.

A judge has extended life support for a 13-year-old girl who was declared brain dead after complications from a tonsillectomy operation earlier this month.

The order, issued by Alameda County Superior Court Judge Evelio Grillo, grants the family's eleventh-hour appeal to keep Jahi McMath on a ventilator at least until Jan. 7. Another judge had ruled that Children's Hospital of Oakland, where McMath has been a patient since the Dec. 9 surgery, could shut off the breathing machine after 5 p.m. ET on Monday.

The family of McMath, who suffered cardiac arrest after bleeding profusely following the operation, sought the restraining order to keep her on life support.

The family wants to stop the hospital, saying there is hope for recovery.

"Sealey said the family took video of Jahi responding when her mother touched and talked to her. He also said a pediatrician examined her and said she was not dead.

"A facility in New York state is willing to take Jahi, and arrangements have been made for medical transport with a doctor by her side, the uncle said.

"Doctors at Children's Hospital and an independent pediatric neurologist from Stanford University have concluded the girl is brain dead.

"On Monday, Sam Singer, a hospital spokesman, reiterated the position of the doctors.

" 'This is one of the most tragic situations imaginable,' Singer said. 'A family has long their young daughter. But unfortunately, Jahi is deceased. No amount of hope, prayer or medical procedures will bring her back.' "