Accessibility links
Singing, Stomping, Stranded Explorers Prep Antarctic Helipad : The Two-Way Icebreakers haven't been able to reach the MV Akademik Shokalskiy, which is trapped in ice. As soon as the weather clears, it's hoped that a helicopter will be able to reach the scene and then carry passengers to other ships nearby. 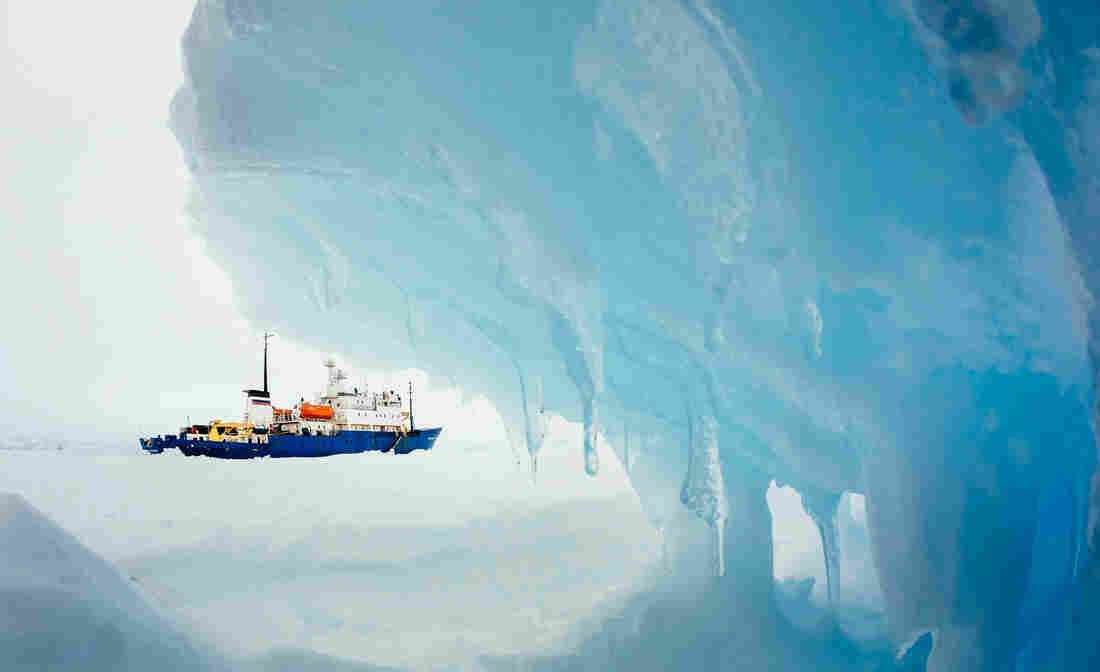 Framed by ice: the MV Akademik Shokalskiy, which has been stuck in Antarctic ice since Christmas Eve. /Reuters/Landov hide caption 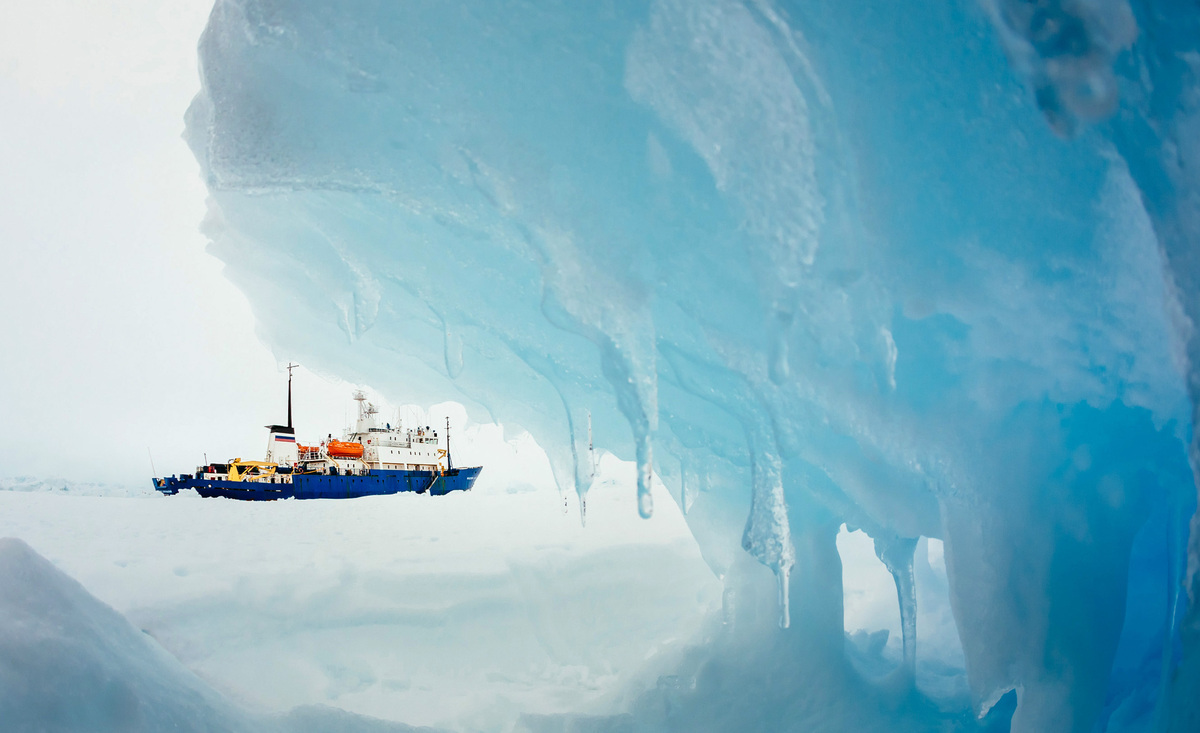 Framed by ice: the MV Akademik Shokalskiy, which has been stuck in Antarctic ice since Christmas Eve.

The news Tuesday morning from the stranded ship in the Antarctic is that it's looking more and more as though icebreakers won't be able to reach the MV Akademik Shokalskiy, so the passengers and some of the crew are preparing to be plucked off the ice by helicopter.

There's fresh video of the intrepid explorers singing and stomping on the ice as they try to flatten out something of a landing pad. It's hoped that a helicopter will arrive from a Chinese icebreaker that's in open water not too far away.

Members of the expedition — a mix of academics and adventure tourists — can be heard singing (of course) "Auld Lang Syne" as they stomp.

They're still going to have to wait a while, though, because it's too stormy for the helicopter to fly. The weather isn't expected to improve until Wednesday at the earliest. Once a helicopter can get in the air, though, the plan is to evacuate the paying passengers and leave some of the Shokalskiy's crew behind to tend to the ship until the ice breaks up and it can move on again.

The ship, which was about halfway into a month-long expedition, got stuck in the ice near Cape de la Motte in East Antarctica on Christmas Eve. According to The Guardian, which has a pair of journalists on board the Shokalskiy:

"The Australian icebreaker, the Aurora Australis, arrived at the edge of the sea ice surrounding the Shokalskiy — about 20 nautical miles away — in the early hours of 30 December, local time. It made several attempts to cut through the ice over the next day but was thwarted each time. On Tuesday morning its captain confirmed that the vessel would move to join the Xue Long, which itself unsuccessfully tried to break through the ice on Friday last week, to co-ordinate the air evacuation.

"[Expedition] members will be picked up on the ice next to the Shokalskiy and dropped off on a similar landing pad next to the Aurora Australis. The Chinese helicopter that will be used is too heavy to land on the Australian vessel's deck. The Aurora Australis will then sail to the nearest Australian Antarctic base, Casey, before heading back to Hobart in Australia in late January. ...

"The Russian crew of the Shokalskiy will be given extra provisions and will remain on board after the AAE members have been evacuated. They will remain in position until the Shokalskiy can break out of the ice — either on its own, if the winds change and blow the ice apart, or when stronger icebreaking vessels can come to help."

Meanwhile, expedition leader Chris Turney continues to tweet from the ship, and the folks there continue to post videos that seem to show they're doing OK and trying to have some fun.