Accessibility links
'Twerk' And 'Selfie' Top Latest List Of Words That Need To Go : The Two-Way What words are you sick of hearing? The wags at Lake Superior State University are out with their annual nominees. Others include "hashtag" and "twittersphere." 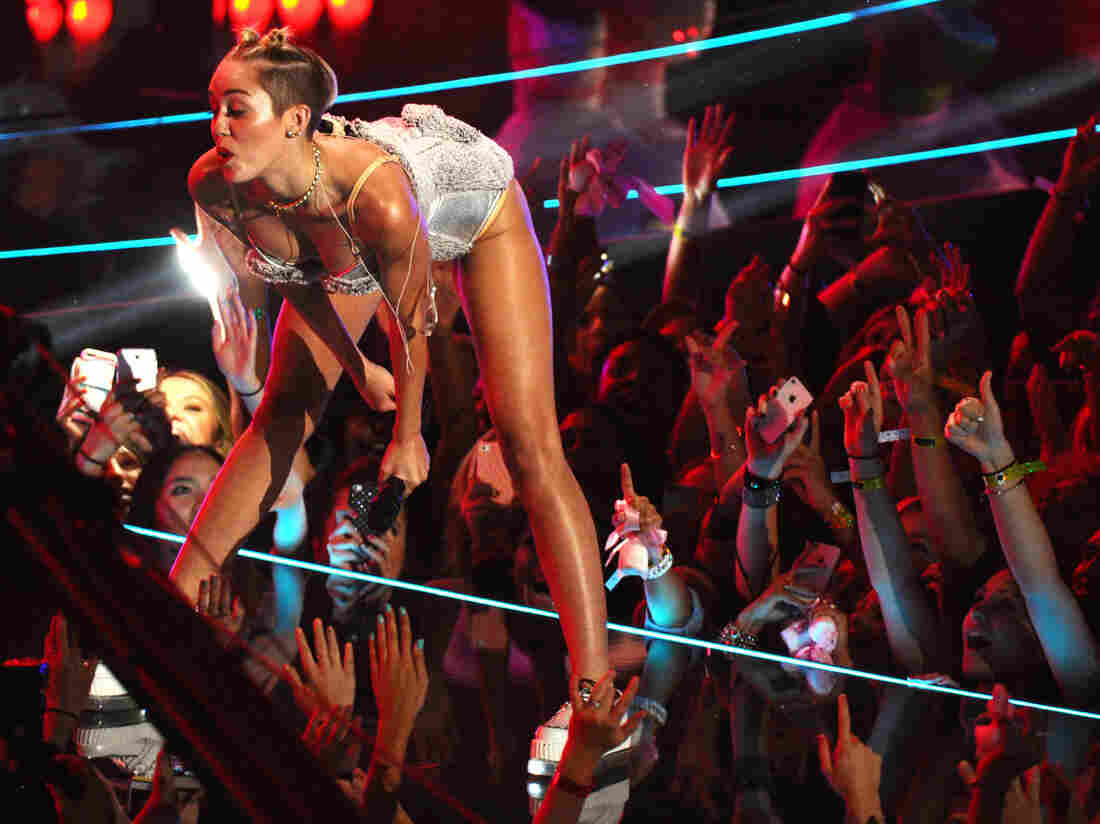 As Miley Cyrus was twerking, the camera phones were out. At least this time, though, perhaps selfies weren't the goal. Charles Sykes/Invision/AP hide caption 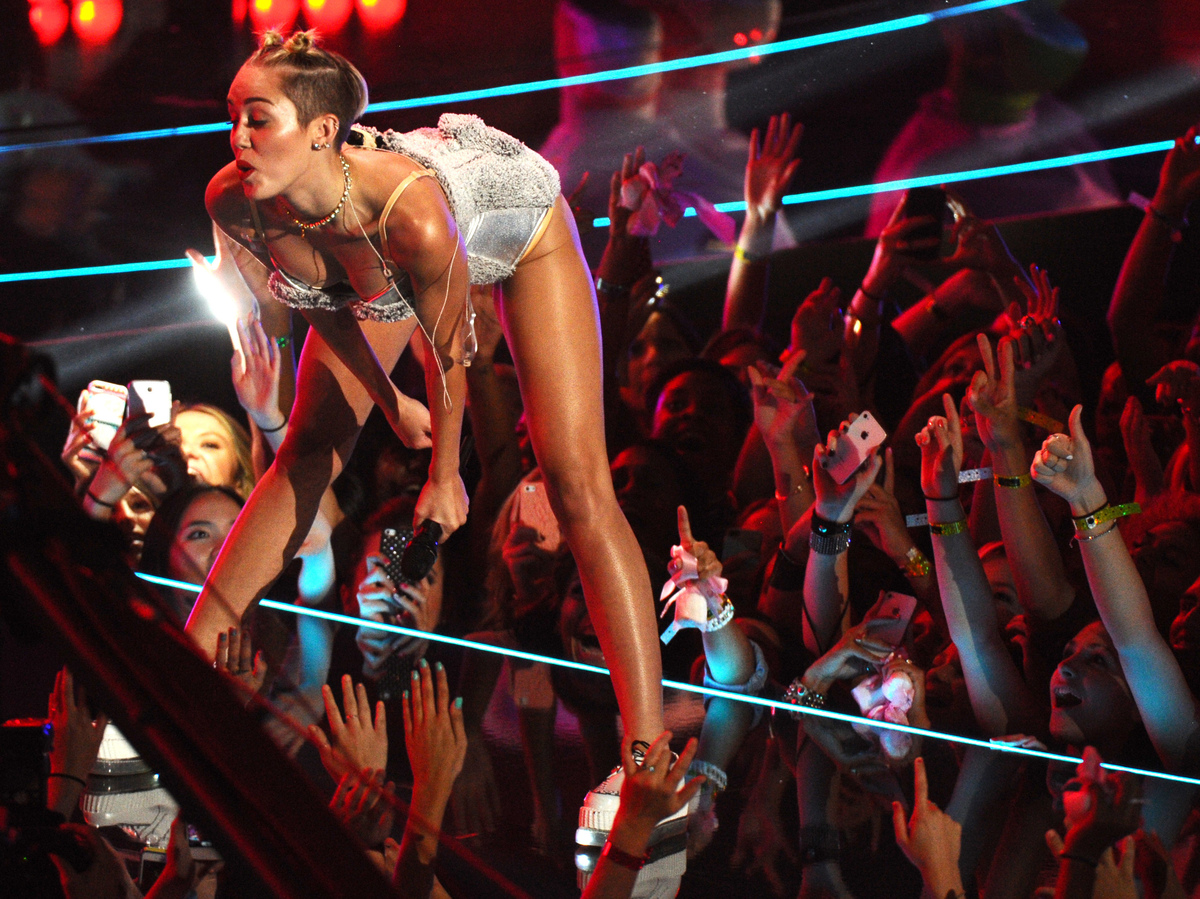 As Miley Cyrus was twerking, the camera phones were out. At least this time, though, perhaps selfies weren't the goal.

This year's whimsical "List of Words to be Banished from the Queen's English for Misuse, Overuse and General Uselessness" from the wags at Michigan's Lake Superior State University is led by:

-- Selfie. The ubiquitous word for images snapped of one's self "has the honor of receiving the most nominations this year," the university says.

-- Twerk/twerking. Miley Cyrus may have helped wiggle it into Oxford Dictionaries Online, but it's "time to dance this one off the stage," a tweeter tells the school.

-- Mister mom. It's outlived its usefulness.

This is Lake Superior's 39th annual list of words that should be put out of their misery. As we said last year, when "fiscal cliff" was among the nominees, it's clear that the efforts to banish annoying words and phrases may be fun but isn't especially effective. Past nominees continue to be heard. They include:

There's much more about Lake Superior's effort to improve the English language here.