Accessibility links
Has Tim Tebow Found His Right Place At ESPN? : The Two-Way The quarterback won fans across the nation a few years back, but hasn't been able to build a solid NFL career. He'll be a college football analyst on TV. Does that sound like the right move for him?

Has Tim Tebow Found His Right Place At ESPN?

Has Tim Tebow Found His Right Place At ESPN? 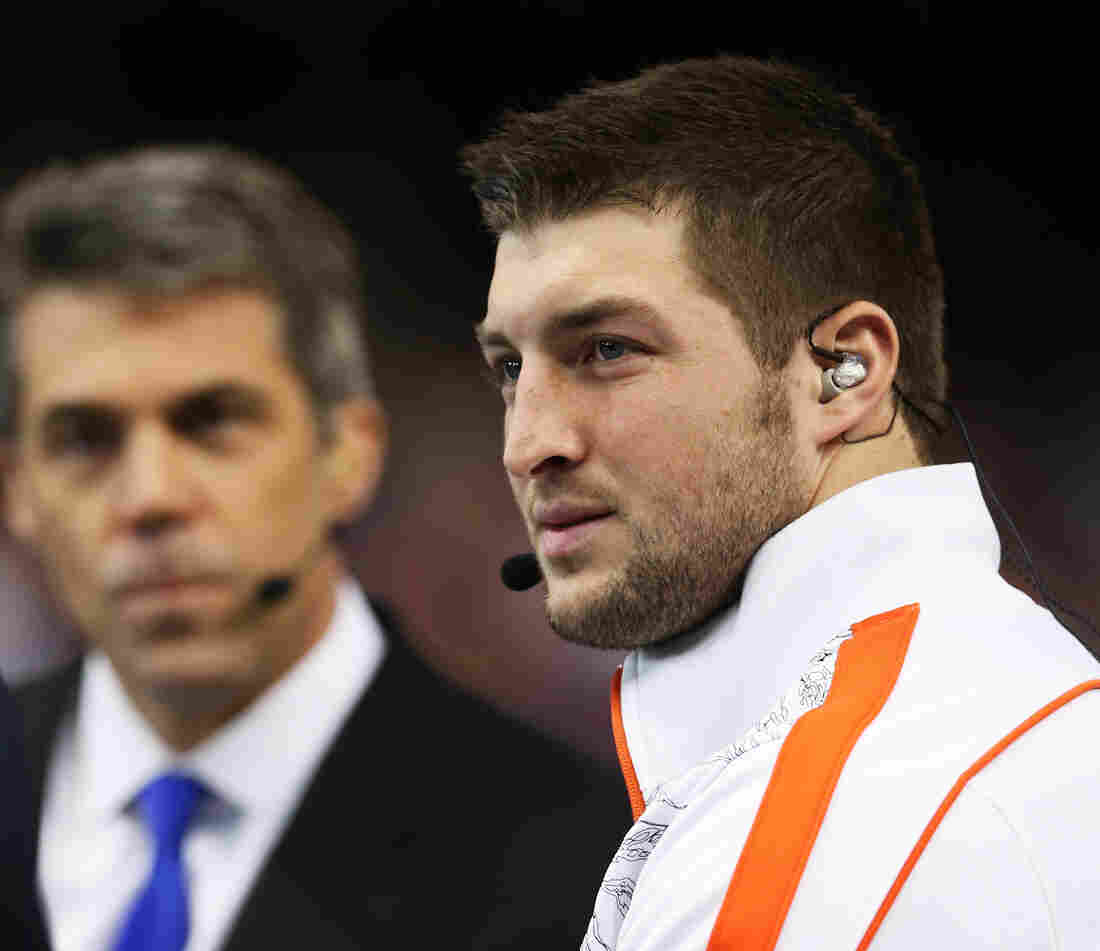 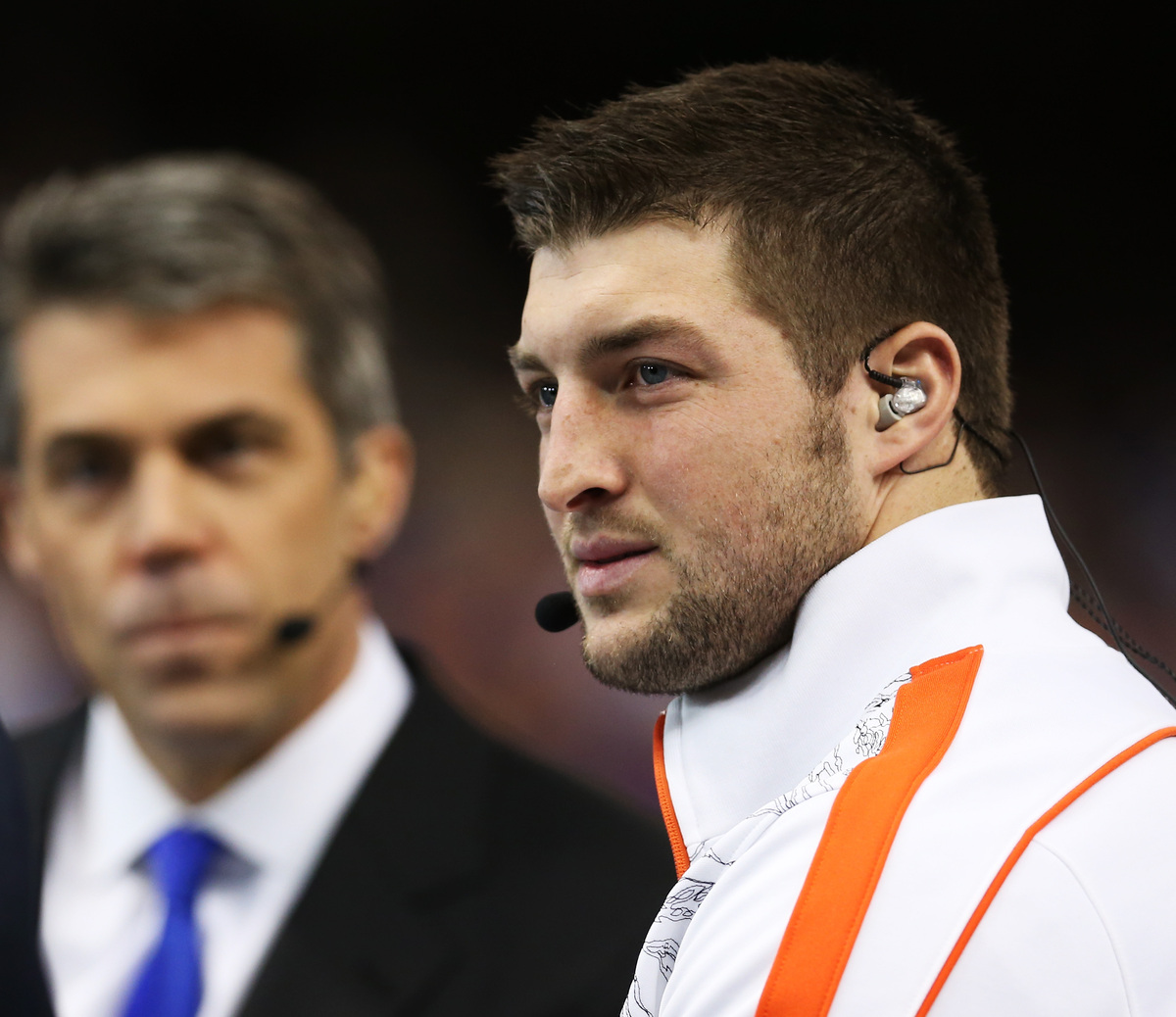 Although he says he still wants to be a quarterback in the National Football League, former phenom Tim Tebow has signed up to be a college football analyst for ESPN.

The sports network announced Monday that Tebow is coming aboard to be part of SEC Nation — a "pregame show that will originate from a different SEC campus each week beginning August 28, 2014."

(For those who aren't college football fans, SEC refers to the powerful Southeastern Conference. Its teams include Auburn, the current No. 2 in the nation, No. 3 Alabama and the University of Florida — where Tebow played his college ball and won the Heisman Trophy in 2007.)

ESPN says that next Monday, Tebow "will make his first appearance as an ESPN analyst during pregame coverage of the 2014 VIZIO BCS National Championship. He will contribute to the 9 a.m. ET edition of SportsCenter, College Football Live (3 p.m.) and College GameDay Built by The Home Depot (7 p.m.)."

Two-Way veterans may recall that we've posted before about his professional career. There was the frenzy in 2011 when he led the Denver Broncos to the playoffs and "Tebowing" (kneeling in "prayerful relection") got so hot it became a word.

Two years later, after a less-than-successful season with the New York Jets, Tebow was cut. A subsequent stay with the New England Patriots was short-lived: He was released before the 2013 season began. No other NFL team opted to pick him up. Tebow has struggled with consistency throughout his pro career.

Bleacher Report says Tebow has made the right call:

"The fact that he knows the game of football is not debatable. The former Gators quarterback who won not only the Heisman but also a national championship with the team, knows how the SEC and college football as a whole work."

The Washington Post's The Early Lead blog writes that:

"Taking the broadcasting gig doesn't mean [Tebow is] giving up on the NFL, although no teams came calling when quarterbacks were getting hurt right and left this year. Nor, ESPN said in its release, would it keep him from playing if he got an offer, although the network doesn't say how that would work."

We wonder what the football fans out there think.