Accessibility links
How Deflating: Huge Rubber Duck Goes Flat In Taiwan : The Two-Way The giant inflatable is supposed to project peace and harmony. But Tuesday, it suddenly burst. This isn't the first time that one of Dutch artist Florentijn Hofman's floating works of art has gone pffff. 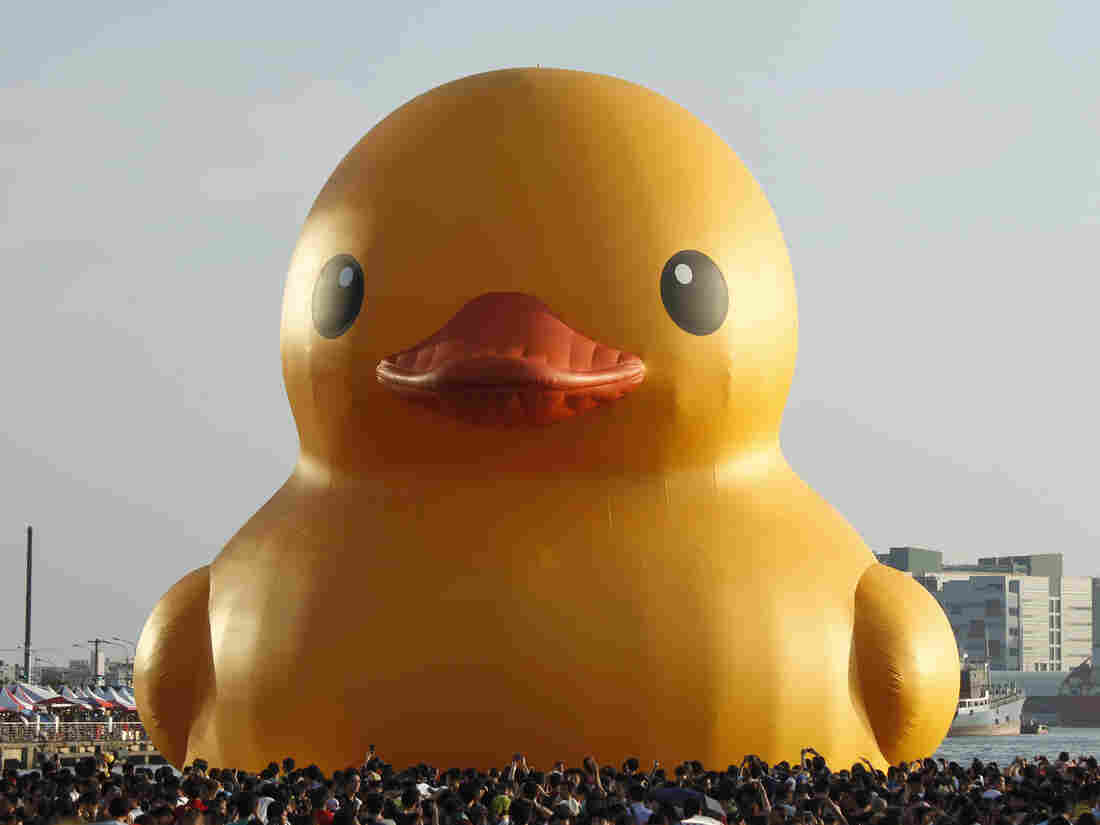 Before the collapse in Taiwan. Wally Santana/AP hide caption 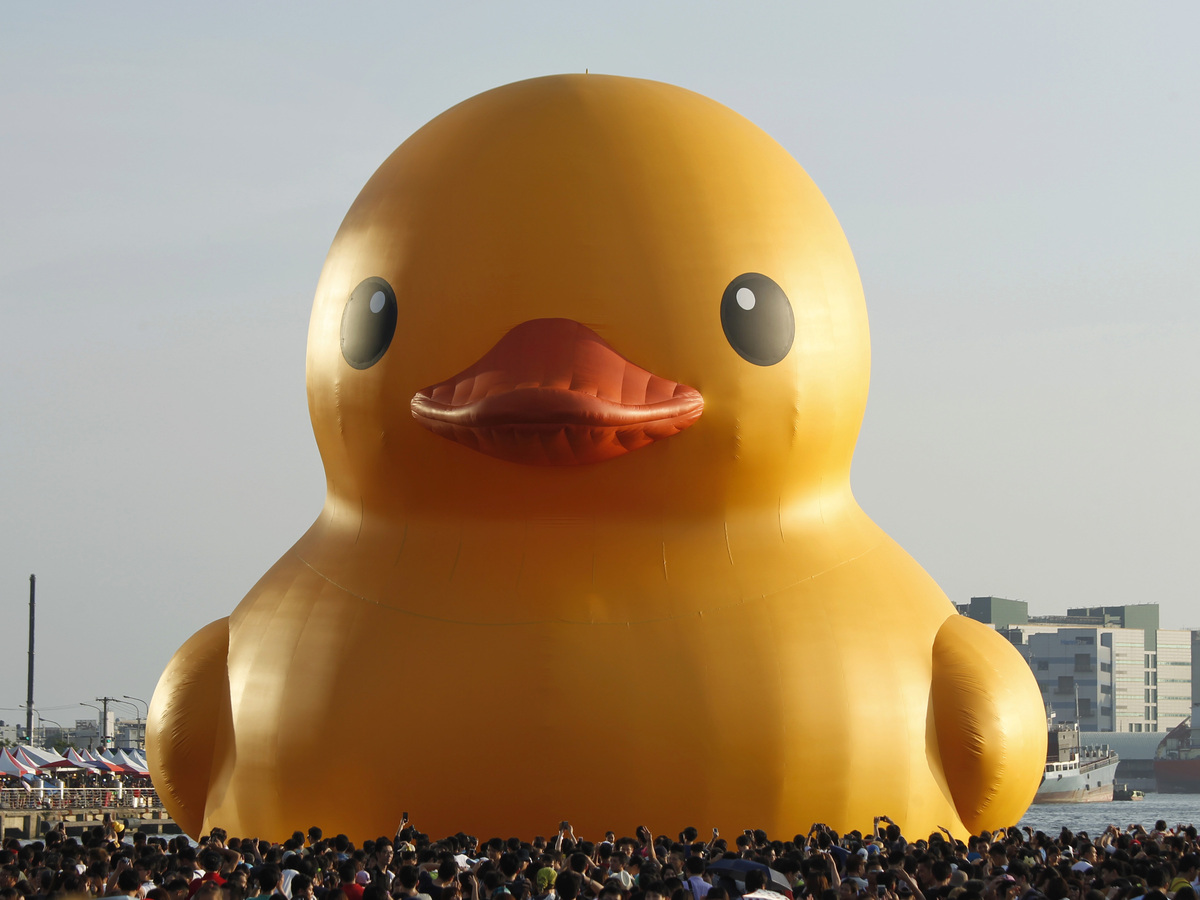 Before the collapse in Taiwan.

Now, there's word from Taiwan that another of Dutch artist Florentijn Hofman's floating works of art has collapsed.

The BBC reports that "the giant inflatable" burst suddenly Tuesday "in front of scores of people gathered on a quayside" in Keelung Port.

This video captures the duck's demise.

Organizers are apologizing and promise to figure out what happened.

Related news: He's The One! Rubber Duckie Joins The Toy Hall Of Fame