Accessibility links
As Promised, Toronto Mayor Rob Ford Files For Re-Election : The Two-Way He admitted in November to having smoked crack, and Ford has been stripped of most duties. But he insists he's the best mayor Canada's largest city has ever had. The election is set for Oct. 27. The mayor's campaign slogan: "Ford More Years." 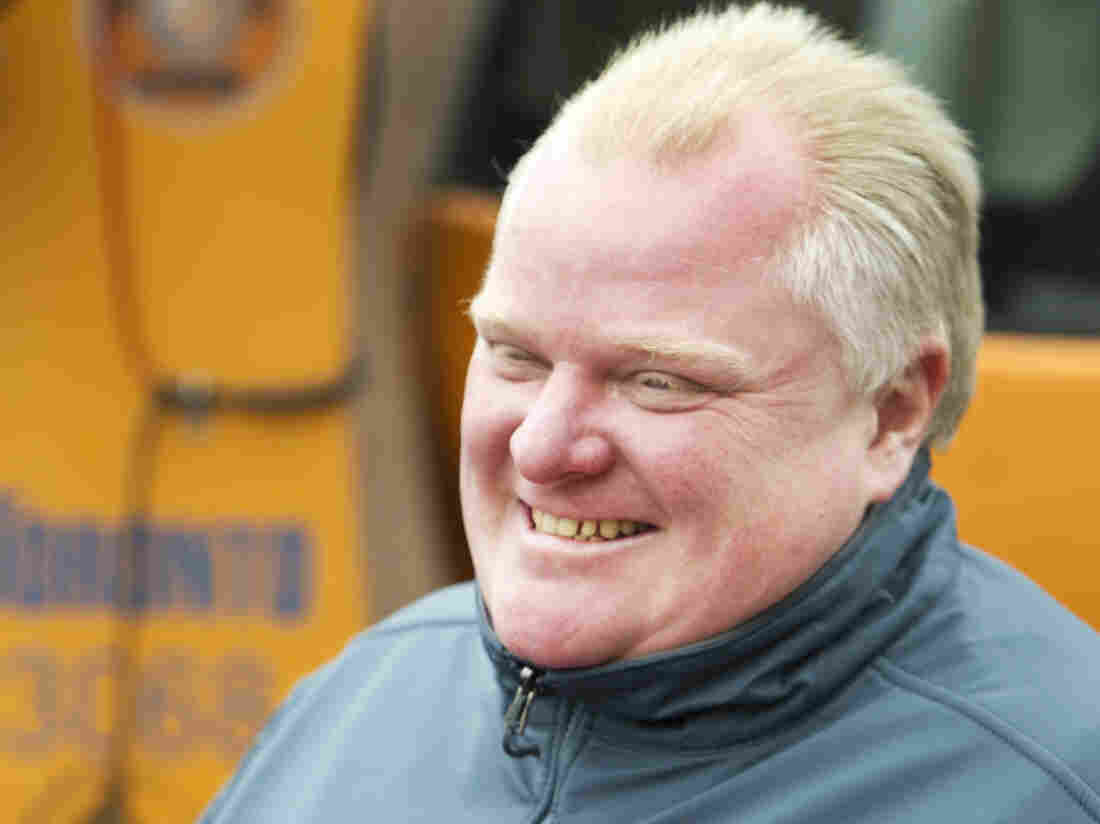 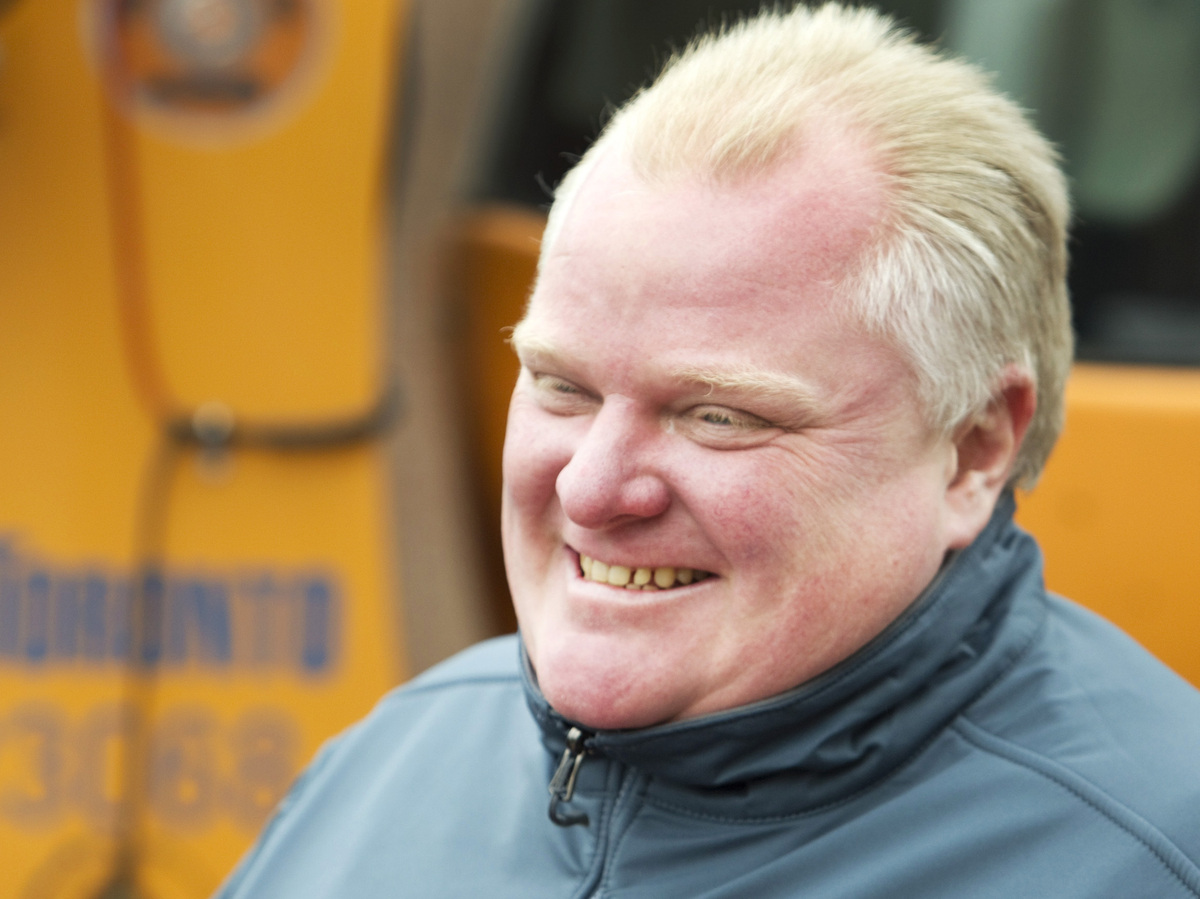 Saying he's been "the best mayor this city has ever had," Toronto's Rob Ford on Thursday filed the paperwork to seek re-election in October.

The mayor's follow-through on a promise to run again comes two months after he famously admitted that "yes, I have smoked crack cocaine ... probably in one of my drunken stupors."

It also comes after his amazingly blue denial that he'd made some very crude comments to a woman he knows.

Then there's the video of him dropping F-bombs as he threatens to kill someone. And the video police have that reportedly shows him smoking the crack he's admitted to smoking.

We also shouldn't forget to mention that the City Council has stripped him of most of his duties.

Still, as the CBC reports, the never-shy Ford said Thursday that:

-- "I've got the strongest track record, I've been the best mayor this city has ever had."

-- His problems are "all personal" and voters will "speak for themselves" about whether he should or should not remain in office.

The Toronto Star says that Ford:

"Rattled off a list of accomplishments: the elimination of the vehicle registration tax, a widely hailed deal with the municipal unions, a council-approved Scarborough subway.

"Some of his claims were exaggerations or simply untrue. He claimed again that he has saved the city 'a billion dollars,' which is at least hundreds of millions more than he did. He also claimed that he has the best attendance record on council, when, in fact, he is below average."

The Toronto Sun adds that the mayor said "my track record speaks for itself, we've got the lowest taxes than any other major city in North America. The city is absolutely booming, we're building a subway — I've dealt with the issues that other mayors couldn't deal with. ... Talk is cheap, you're going to see action like never before."

According to the Star:

"A November poll by Ipsos Reid showed Ford behind, but in contention, in a three-way race that put [Toronto Transit Commission Chair Karen] Stintz at 52 per cent, Ford at 33 per cent and [former city council member David] Soknacki at 14 per cent. With [talk show host John] Tory and [member of parliament Olivia] Chow in the mix, the numbers were even closer. Chow polled 36 per cent, Tory earned 28 per cent, while Ford came in at 20 per cent, Stintz at 13 per cent and Soknacki at 3 per cent.

"Other polls have suggested about 39 per cent of Toronto residents would consider voting for Ford again, while 61 per cent would not."

Ford is the first candidate to file the paperwork. The election is set for Oct. 27. His campaign slogan: "Ford More Years."

By the way, there's another Ford-related milestone today. The same company that's brought you "action figures" of Sarah Palin, President Obama and others announced its latest release: A slightly misnamed set of "Bob Ford" dolls. Perhaps they were smoking something when they substituted a "B" for that "R."