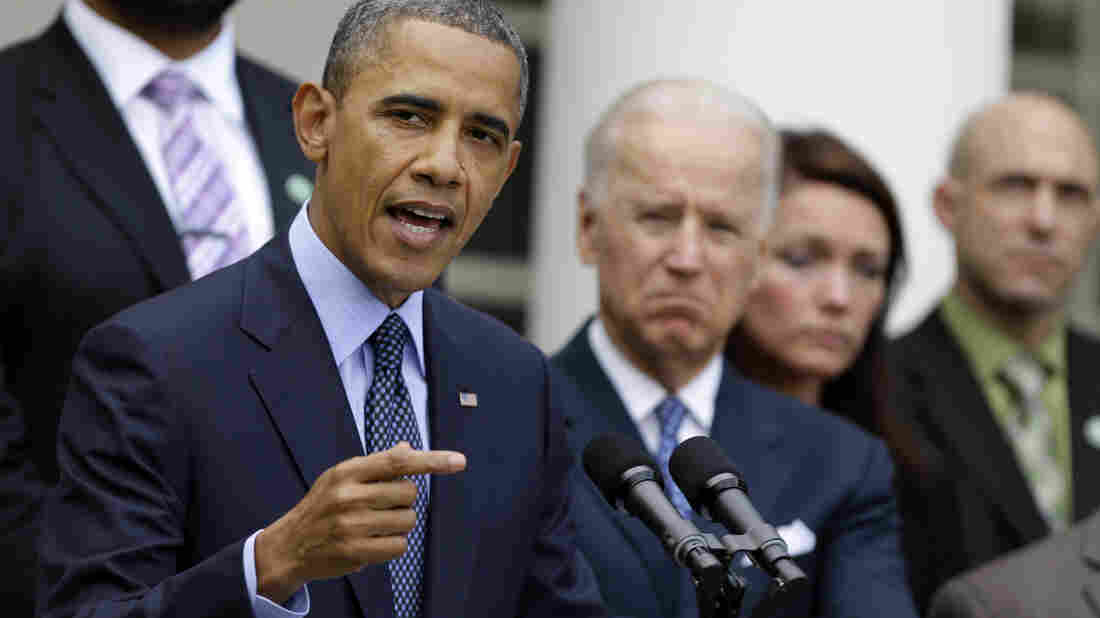 President Obama speaks in April after the Senate rejected a bill that would expand background checks on guns. The White House is seeking to clarify rules that bar firearm possession due to mental health problems. Manuel Balce Ceneta/AP hide caption 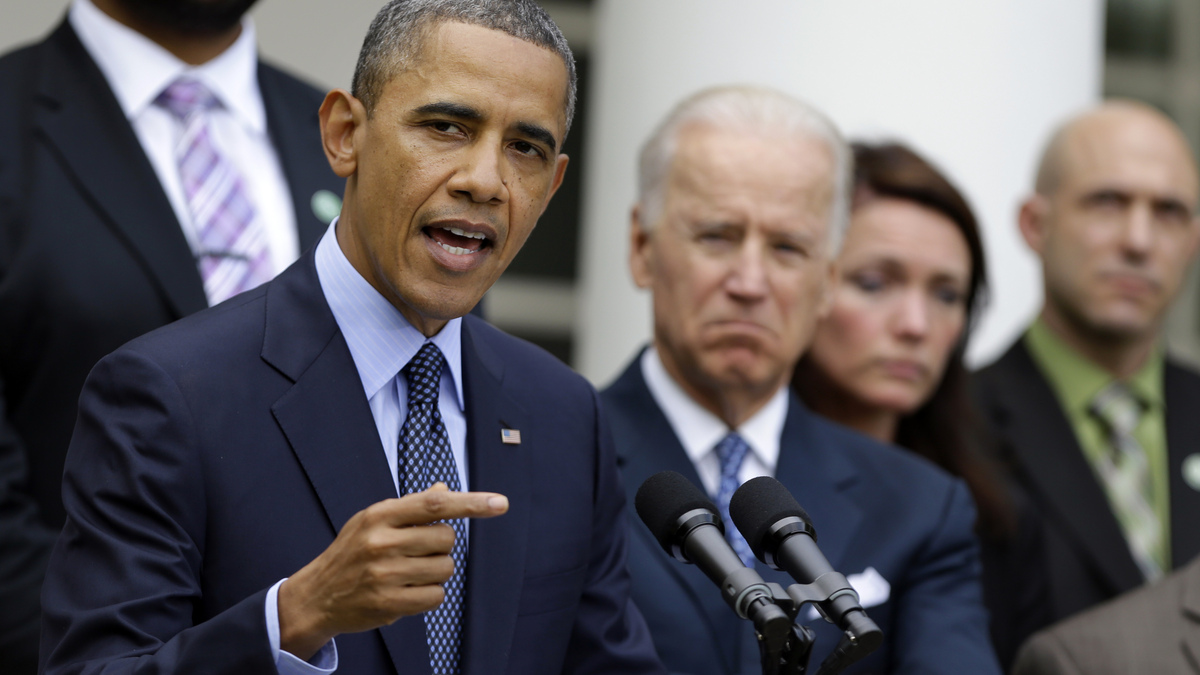 President Obama speaks in April after the Senate rejected a bill that would expand background checks on guns. The White House is seeking to clarify rules that bar firearm possession due to mental health problems.

Federal agencies are proposing new rules for handling gun buyers' background checks, in changes the Obama administration says will "keep guns out of potentially dangerous hands." The changes include a clarification of rules barring firearm possession due to mental health problems.

That part of the plan involves the Department of Justice, which is proposing the term "committed to a mental institution," which appears in its gun ownership regulations, be accepted to include "a person committed to involuntary inpatient or outpatient treatment."

The Justice Department is also seeking other changes, largely dealing with the definition of mental competence. People found to be incompetent to stand trial, for instance, could be barred from owning a gun whether the determination comes from a "state, local, federal or military court," the agency said.

The new proposals will be posted to the Federal Register at 4:15 p.m. today. The Obama administration calls them the latest in its efforts to bolster the National Instant Criminal Background Check System. They also come in the wake of several mass shootings in which mental health problems have been linked to the perpetrators.

Another part of the plan centers on the Department of Health and Human Services, which would remove barriers that might keep states from sharing data with the federal background check system. Those problems had been linked to the Health Insurance Portability and Accountability Act (HIPAA) Privacy Rule.

"According to a 2012 Government Accountability Office report, 17 states had submitted fewer than 10 records of individuals prohibited for mental health reasons," the HHS said Friday.

The agency added that its new plan seeks a balance between individuals' privacy concerns and the need for public safety.

"Seeking help for mental health problems or getting treatment does not make someone legally prohibited from having a firearm, and nothing in this proposed rule changes that," the HHS said.

The new rule would allow state agencies and others to report "minimum necessary identifying information" about people who have been involuntarily committed to a mental institution or shown to be a danger to themselves or others. The rules would mean such reports are allowed — not required — according to the agency.

"The federal background check system is the most effective way to assure that such individuals are not able to purchase a firearm from a licensed gun dealer," the White House said in announcing the proposals Friday. "To date, background checks have prevented over two million guns from falling into the wrong hands. "

As Bloomberg News reports, the political issue of gun ownership was the subject of a seesaw battle last year:

"Both sides in the gun-control debate saw victories in 2013, with 28 states passing laws lifting firearms restrictions and 21 plus the District of Columbia expanding them. New York, which had tight gun laws, made them stronger while Alabama, with looser regulations, made access easier. Seven states passed laws permitting guns in elementary schools."