Accessibility links
'No One Controls Fallujah,' Which U.S. Soldiers Fought To Free : The Two-Way Al-Qaida fighters are attacking police stations and local officials. Sunni militias, who have battled al-Qaida in the past, are exerting themselves in other parts of the city. Government forces have pulled back, allowing freedom of movement for fighters from all sides.

'No One Controls Fallujah,' Which U.S. Soldiers Fought To Free

'No One Controls Fallujah,' Which U.S. Soldiers Fought To Free 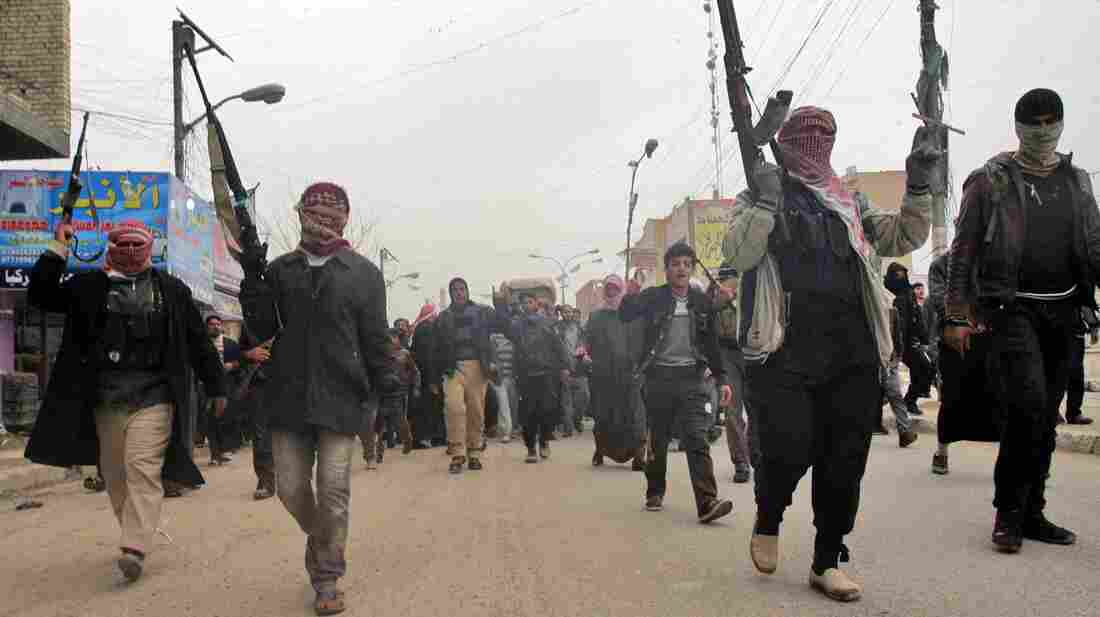 In Fallujah on Saturday, Sunni fighters turned out for the funeral of a man killed by Iraqi army artillery fire. Mohammed Jalil /EPA/LANDOV hide caption 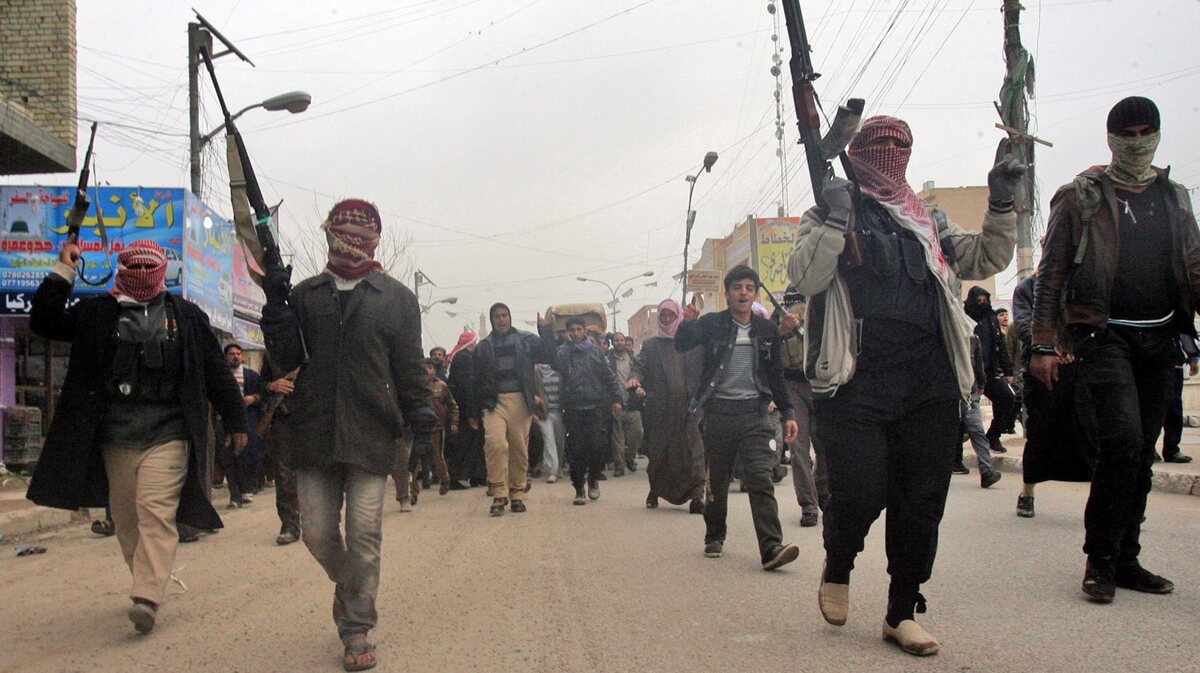 In Fallujah on Saturday, Sunni fighters turned out for the funeral of a man killed by Iraqi army artillery fire.

The latest headlines from the city of Fallujah, the scene of much intense fighting involving U.S. forces during the Iraq War, are ominous:

-- "Al-Qaida Militants In Iraq Seize Much Of Fallujah." (USA Today)

On All Things Considered Saturday, Jordan-based Middle East analyst Kirk Sowell tells host Arun Rath that "no one controls Fallujah as a whole" at this moment.

Fighters aligned with al-Qaida have been attacking police stations, killing local officials and taking over some areas, he says. Meanwhile, Sunni militias — many including some of the same fighters who assisted the U.S. during the "Sunni awakening" that pushed al-Qaida out of the region during the Iraq War — are in charge elsewhere.

At the same time, the Iraqi Army has pulled back in the face of attacks from the al-Qaida fighters and has largely ceded the ground fighting to the Sunni militias — who, to complicate matters further, have no great love for the Shiite Prime Minister Nouri al-Maliki and his supporters. The army has been firing some shells into the city, though, allegedly in the direction of al-Qaida fighters. There have been deaths from that shelling and some of those killed, apparently, were Sunni — not al-Qaida.

The army has given up trying to control the exit and entry points around Fallujah, Sowell says, which means "there's complete freedom of movement" for fighters of all types.

But the worst thing al-Maliki could do, says Sowell, would be to send the Iraqi army in to try to restore order. It could end up just getting bogged down and taking fire from all sides.

So what does he see as the better strategy? "Negotiate to where the city is in control of [Sunni] tribes that are hostile to al-Qaida."

Much more from Sowell's conversation with Arun will be posted on All Things Considered's page later today.

"We are following events in Iraq's Anbar province very closely and are concerned by efforts of the terrorist Al Qaida/Islamic State of Iraq and the Levant to assert its authority in Syria as well as Iraq," State Department deputy spokeswoman Marie Harf says in a statement emailed to reporters Saturday afternoon. "Their barbarism against civilians of Ramadi and Fallujah and against Iraqi Security Forces is on display for all to see."

Harf adds that "we would note that a number of tribal leaders in Iraq have declared an open revolt against ISIL. We are working with the Iraqi government to support those tribes in every possible way. We are also in contact with tribal leaders from Anbar province who are showing great courage as they fight to eject these terrorist groups from their cities."