Accessibility links
Dennis Rodman: North Korea Is 'Not That Bad' : The Two-Way Rodman is scheduled to play a friendly game against a North Korean team on Jan. 8 to celebrate the birthday of North Korea's supreme leader, Kim Jong Un.

Dennis Rodman: North Korea Is 'Not That Bad'

Dennis Rodman: North Korea Is 'Not That Bad' 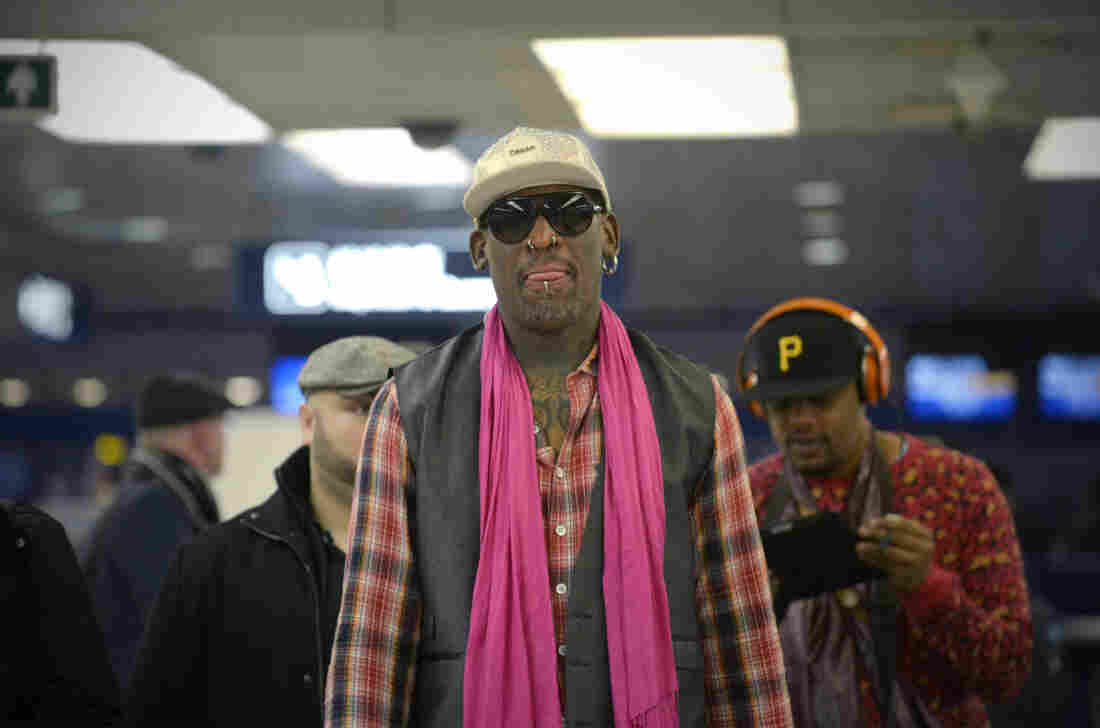 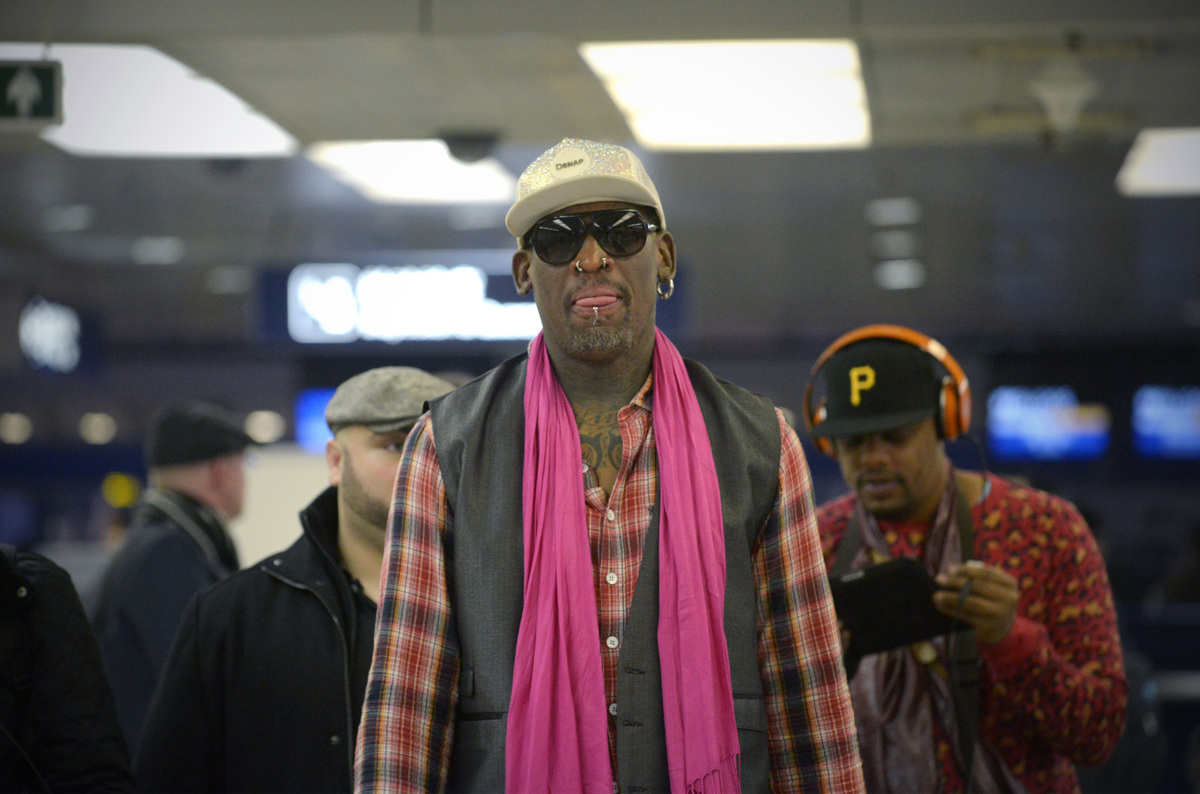 Former NBA basketball player Dennis Rodman waits to check in for his flight to North Korea after his arrival at Beijing's international airport on Monday.

As he headed to North Korea for what he calls "basketball diplomacy," former NBA star Dennis Rodman wants you to know that what human rights groups consider one of the most repressive countries in the world is "not that bad."

Rodman gave an interview to The Associated Press before he took off for North Korea from China with a few former NBA players.

The AP reports that Rodman is scheduled to play a friendly game against a North Korean team on Jan. 8 to celebrate the birthday of the country's supreme leader, Kim Jong Un. The AP adds:

"Rodman told The Associated Press he was glad to be in North Korea for the game, though he said he has gotten death threats for his repeated visits. He said proceeds from the game would go to a charity for the deaf in North Korea.

"'The marshal is actually trying to change this country in a great way,' Rodman said of Kim, using the leader's official title. 'I think that people thought that this was a joke, and Dennis Rodman is just doing this because fame and fortune.' Instead, he said, he sees the game as a 'birthday present' for Kim and his country.

"'Just to even have us here, it's an awesome feeling. I want these guys here to show the world, and speak about North Korea in a great light,' he said. 'I hope people will have a different view about North Korea.'"

If you remember, Rodman's last foray into North Korea was in February. He went there for an exhibition game documented by Vice magazine.

After meeting Kim, Rodman said the leader was "really awesome" and that he loved him.

Since that meeting, Kim was in the news for ordering the execution of his uncle, the country's No. 2.