Accessibility links
Story That Kim Jong Un Fed Uncle To Dogs Was Probably Satire : The Two-Way The story appears to be false because it originated with a satirical post on a Chinese microblogging site. The post was picked up by a Hong Kong newspaper and then reported as fact around the world. 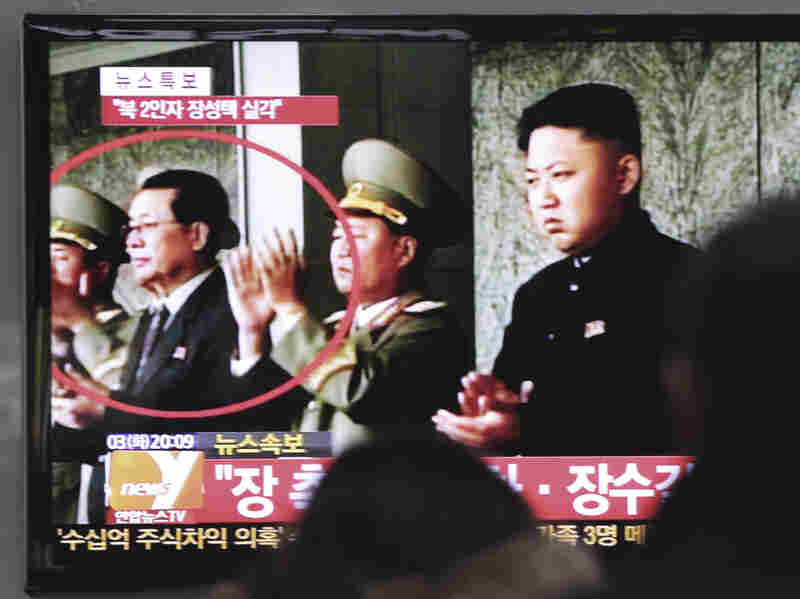 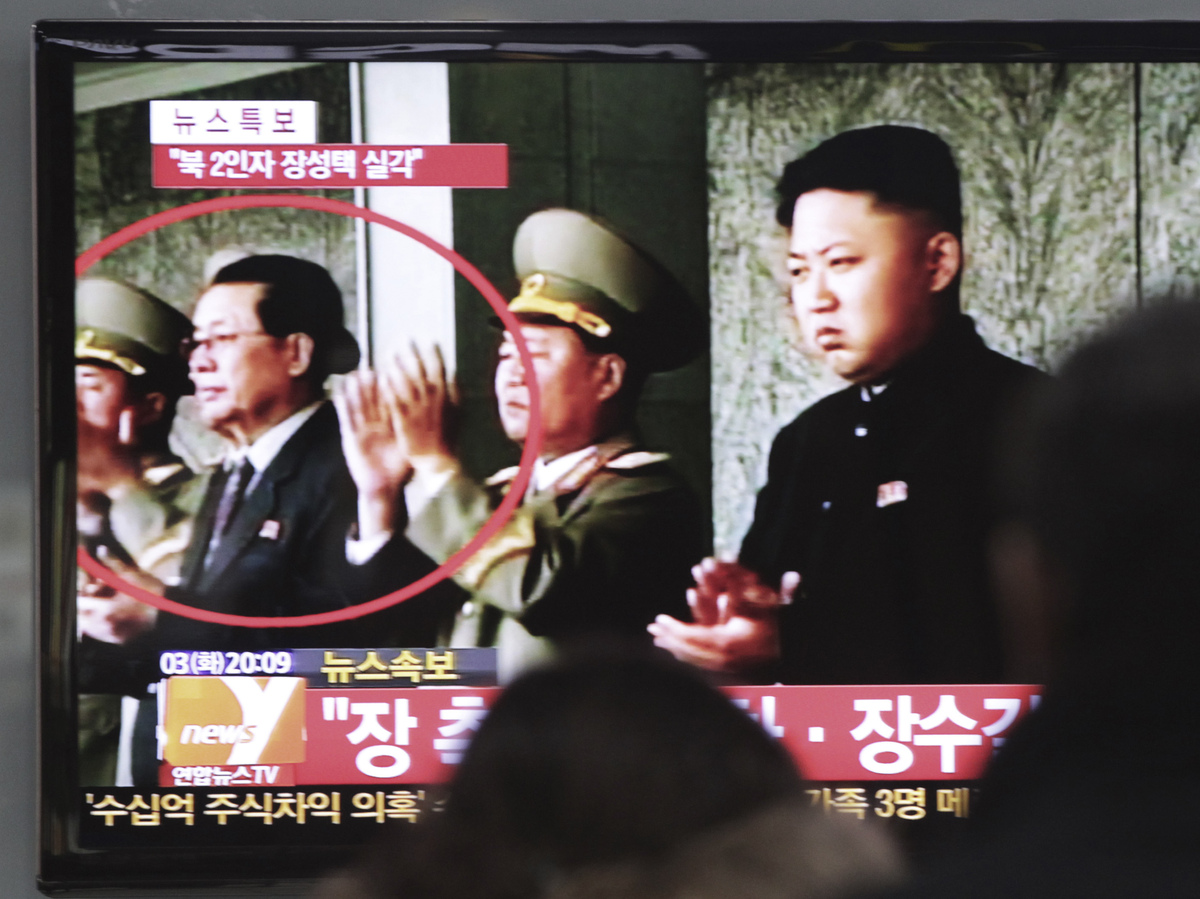 Well, Mark did warn us.

Reports last week that North Korean leader Kim Jong Un executed his uncle and then fed him to dogs appear to be false. We say "appear" because the story first originated in a satirical post on Tencent Weibo, a Chinese microblogging site.

The post was picked up by Wen Wei Po, a Beijing-friendly Hong Kong tabloid, then by the South China Morning Post, and then by the Western media, turning, as the Guardian describes it, "a thinly-sourced horror story into an astonishing example of the media echo chamber gone awry."

Blogger Trevor Powell traced the story back to the post on Tencent Weibo. He wrote that the Hong Kong paper lifted a social media post by Pyongyang Choi Seongho, a widely followed China-based satirist. The background image on the satirist's Tencent Weibo account is Kim standing with both his arms and middle fingers extended.

"It's amusing that given our faith in modern global news media to get to the bottom of a story, no one has actually gone back to the Wen Wei Po article and caught this. All analysis in the swaths of content that have been devoted to this report since it came out stops abruptly at a linguistic wall between the English language Straits Times story and the Chinese language Wen Wei Po article."

One takeaway from this, he says, is "that language is always a barrier." So is satire, apparently.

This isn't the first such story that's been reported as legitimate news. There was the time The Onion proclaimed Kim its Sexiest Man Alive in 2012. That story got picked up by China's People's Daily.

Then there was the story in "America's Finest News Source" that "the overwhelming majority of rural white Americans said they would rather vote for Iranian president Mahmoud Ahmadinejad than U.S. president Barack Obama." That story got picked up by Iran's Fars news agency.

Which just goes to show that you can use the Internet to translate language, but not humor.