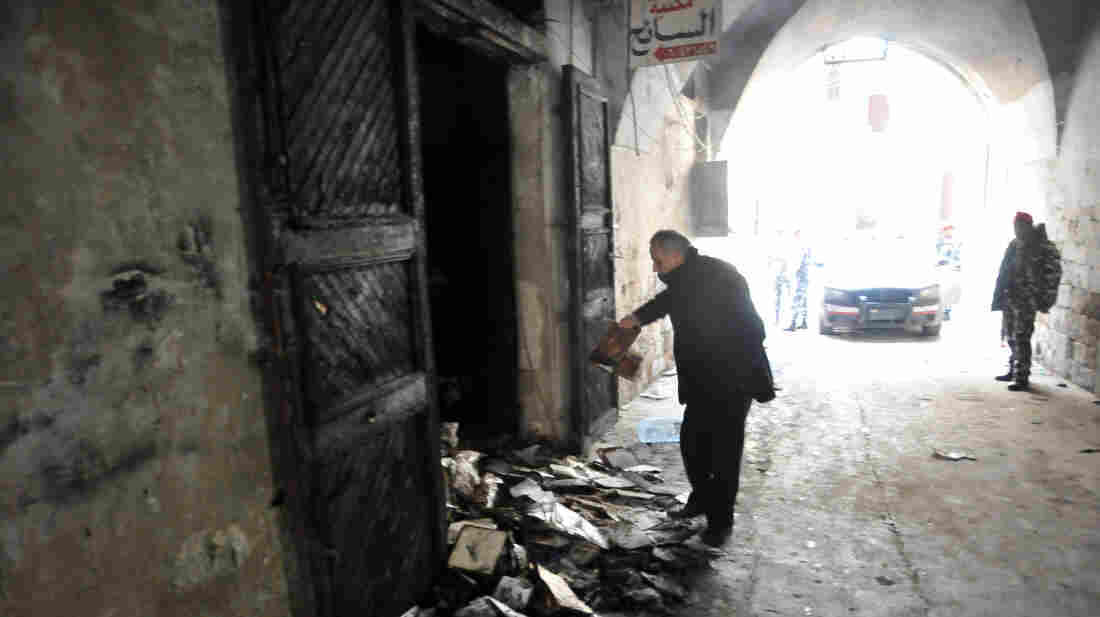 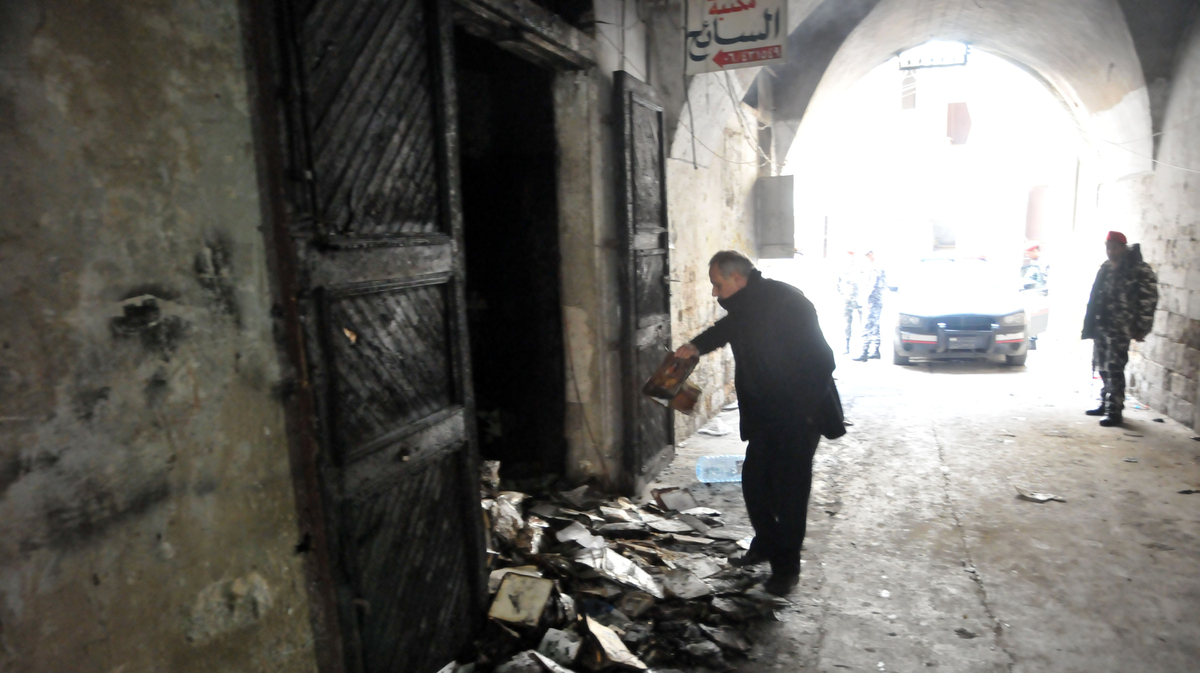 A man inspects burnt books in north Lebanon's majority Sunni city of Tripoli on Saturday, a day after a decades-old library owned by a Greek Orthodox priest was burned.