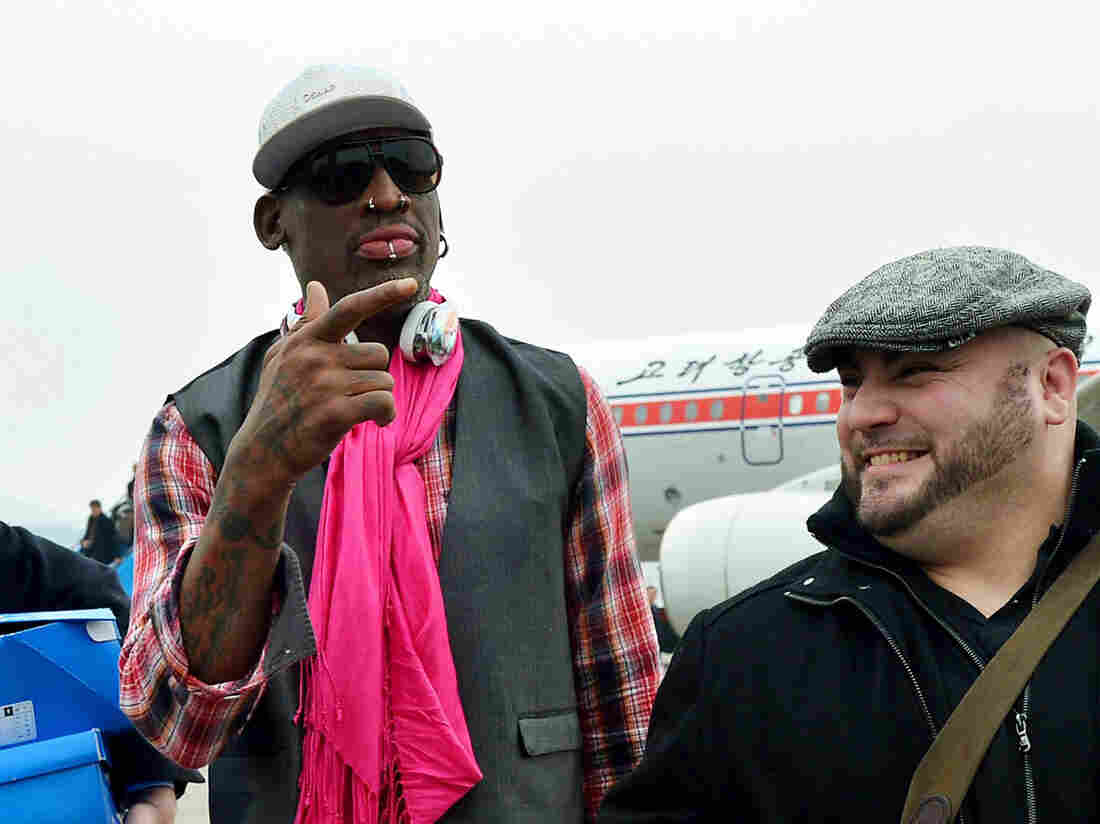 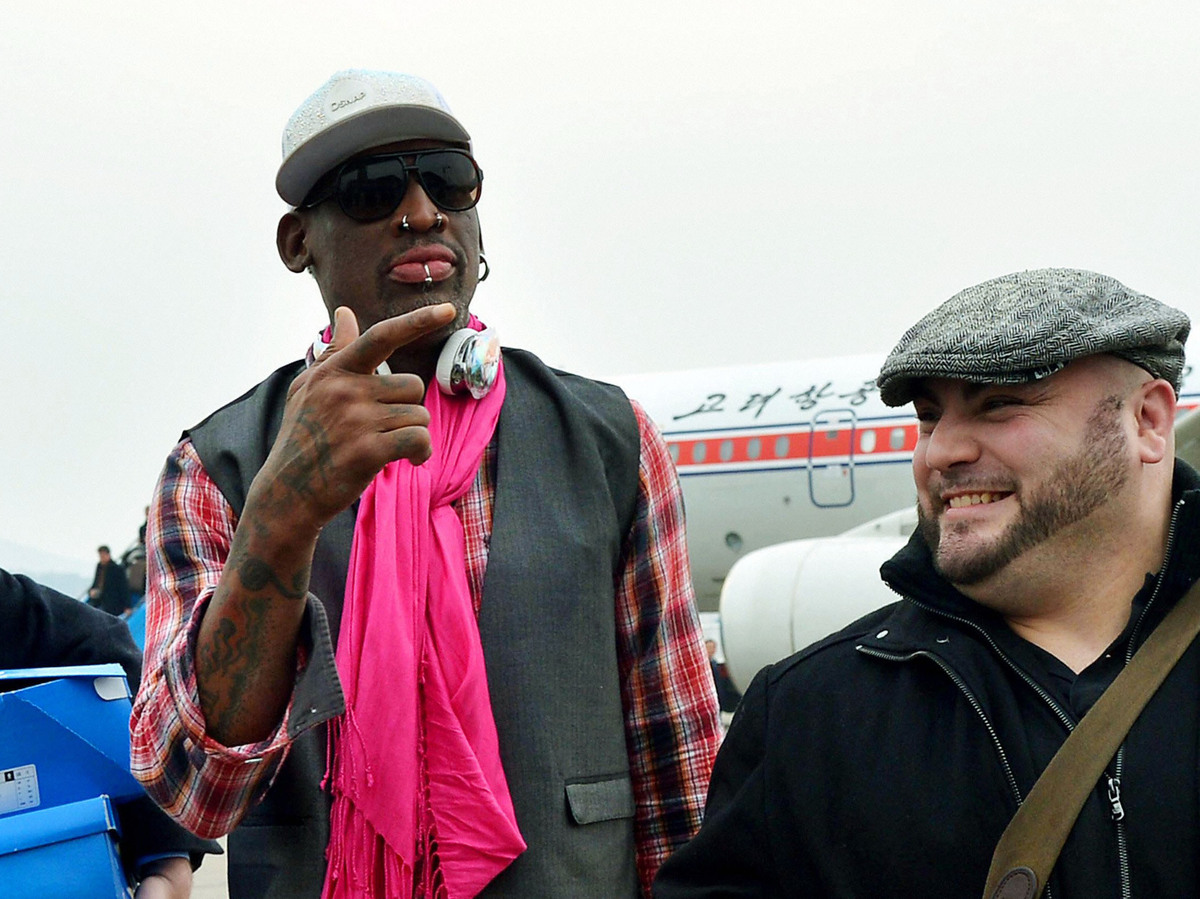 In a combative interview from North Korea, former NBA star Dennis Rodman defended his "basketball diplomacy" in the repressive country and seemed to imply that he believes American businessman Kenneth Bae, sentenced to 15 years' hard labor for allegedly trying to overthrow the Kim Jong Un regime, is guilty.

Rodman is in Pyongyang for his third private trip to North Korea, joined by an entourage of former NBA players, ostensibly on a goodwill mission.

As we reported last month, Rodman's visit comes close on the heels of the shockingly quick trial and execution of Kim's uncle, Jang Song Thaek, on various charges, including treason.

CNN reports that "Rodman reacted angrily when pressed on whether the group should have traveled there given recent events in the secretive country." It adds:

"The other former NBA players are due to take part in a controversial basketball game on the birthday of Kim Jong Un, the country's young, unpredictable leader. The friendly contest with North Korea's team is planned for Wednesday, when Kim is believed to turn 31."

In a video link with Pyongyang in which Rodman appeared with his fellow American basketball celebrities, CNN host Chris Cuomo asked him if he understands why some people might be upset at his visit.

Cuomo: "You do have a relationship with this man [Kim Jong Un], you've said it many times, we've seen it demonstrated. Are you going to take an opportunity, if you get it, to speak up for the family of Kenneth Bae and to say 'let us know why this man is being held'?"

Rodman, raising his voice: "No, no, no. You tell me. Why is he held captive?"

Cuomo: "They haven't released any charges."

Rodman: "I would love to speak on this."

What follows is a lot of shouting from Rodman before former New York Knick Charles Smith, part of the North Korean basketball retinue, intervenes to calm the conversation.

Rodman's comments about Bae seem to contradict his earlier attempts to win the man's release. In May, during a previous visit to North Korea and after a one-on-one meeting with Kim, the former NBA star tweeted: "I'm calling on the Supreme Leader of North Korea or as I call him 'Kim', to do me a solid and cut Kenneth Bae loose."