Accessibility links
What Is The Polar Vortex And Why Is It Doing This To Us? : The Two-Way This super cold air is usually whirling around the Arctic. But a big piece has plunged further south than normal. One way to think about what's happening: If a spinning ice skater extends her arms, she slows down. Sometimes, she wobbles and falls. The polar vortex has sort of stretched out an arm.

Listen
What Is The Polar Vortex And Why Is It Doing This To Us?

What Is The Polar Vortex And Why Is It Doing This To Us? 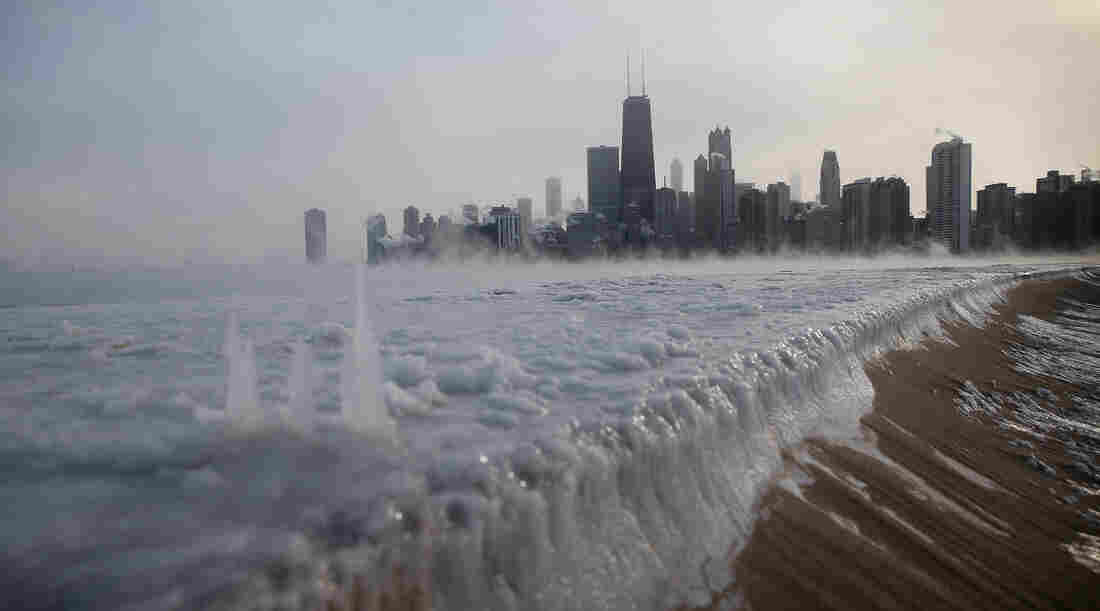 Ice has built up along Lake Michigan in Chicago as temperatures have plunged in recent days. A dip in the polar vortex is to blame. Scott Olson/Getty Images hide caption 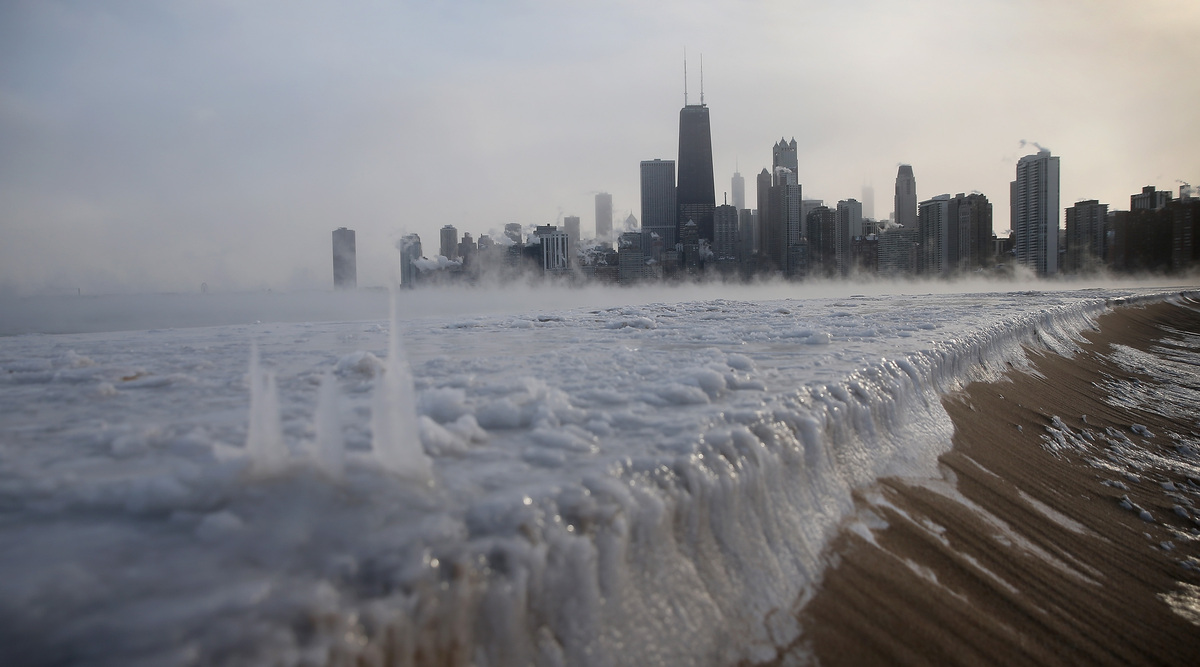 Ice has built up along Lake Michigan in Chicago as temperatures have plunged in recent days. A dip in the polar vortex is to blame.

We've said, for instance, that it's "a low pressure system that's usually whirling around the North Pole but has weakened and come south."

But we're still getting asked this question:

Just what is the polar vortex, and why is it bringing super-cold temperatures to so much of the U.S.?

So here's another go at it.

"We're talking about a huge sprawling area of circulating cold air originating from the North Pole. It's a low-pressure center, and typically during the winter months it resides up there. At times, some tentacles of it will slip southward and bring cold air outbreaks into the U.S., but this year, we're seeing a huge chunk of it, most of it descending into the U.S."

Hang In There Another Day Or So — Warmer Air Is Coming

High-pressure systems over Alaska and Greenland, Samenow added, are "allowing the jet stream to dive south over the U.S. and also for this polar vortex to drop south with the jet stream."

For a more visual image of what's happening, though, we suggest an analogy offered by science writer Andrew Freedman, who spoke with Morning Edition's David Greene.

"This is air that is circulating the Arctic," Freedman said. "In the last couple of days, it's sort of become lopsided — sort of like a figure skater that has extended their arms and then tripped.

The next logical question is why the vortex has weakened so much that a big piece of it has spun down over the U.S.

Along with the effects that those high-pressure systems over Alaska and Greenland are having, there's the possibility that climate change is also a factor.

"More and more Arctic sea ice is melting during summer months. The more ice that melts, the more the Arctic Ocean warms. The ocean radiates much of that excess heat back to the atmosphere in winter, which disrupts the polar vortex. Data taken over the past decade indicate that when a lot of Arctic sea ice disappears in the summer, the vortex has a tendency to weaken over the subsequent winter."