Accessibility links
Extreme Cold Convinces Escaped Convict To Give Up: VIDEO : The Two-Way How cold is it? It's so cold that at least one escapee from prison asked to be put back behind bars. Robert Vick walked away from a minimum security facility in Kentucky on Sunday. By Monday evening, he'd had enough. So he turned himself in.

Extreme Cold Convinces Escaped Convict To Give Up: VIDEO

Extreme Cold Convinces Escaped Convict To Give Up: VIDEO

By Monday evening, he'd apparently had enough of the sub-zero temperatures gripping the Bluegrass State and much of the rest of the nation. Vick showed up at the office of the Sunset Motel in Lexington and asked the clerk to call the authorities. 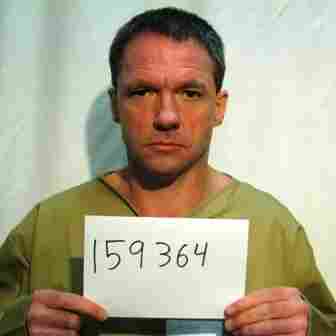 Robert Vick, in an undated photo provided by Kentucky Department of Corrections. After a cold night and day, he asked to be put back in prison. AP hide caption

LEX18-TV was on the scene at the motel as Vick turned himself into Lexington Police, "riddled with frostbite."

As the station says:

"He's frostbit, his toes and his fingers," Victoria Fugate who was staying at the motel, told the station

"He was shivering, he was really cold," added motel manager Maurice King.

According to the Lexington Herald-Leader, "Lisa Lamb, spokeswoman for the state Corrections Department, said Vick would have been wearing only his prison-issued khaki pants, shirt and jacket when he escaped."