Accessibility links
With Department Steeped In Scandal, L.A. County Sheriff Will Retire : The Two-Way Lee Baca announced his retirement a month after more than a dozen of his deputies were charged with beating inmates and jail visitors. 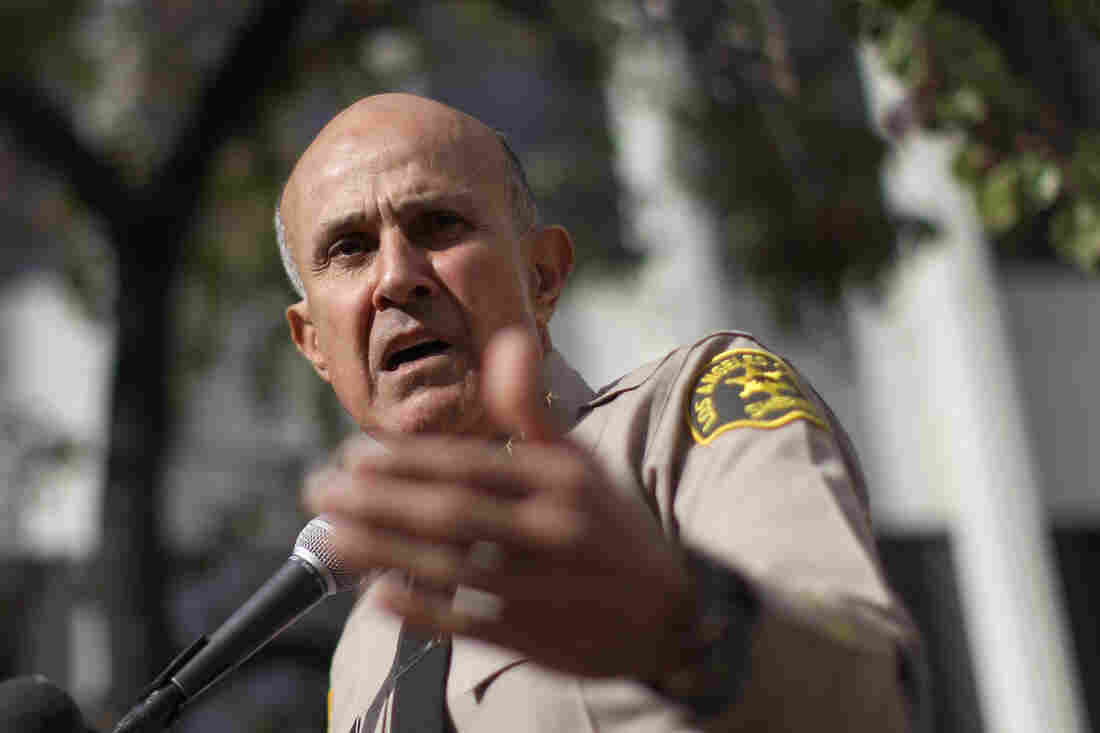 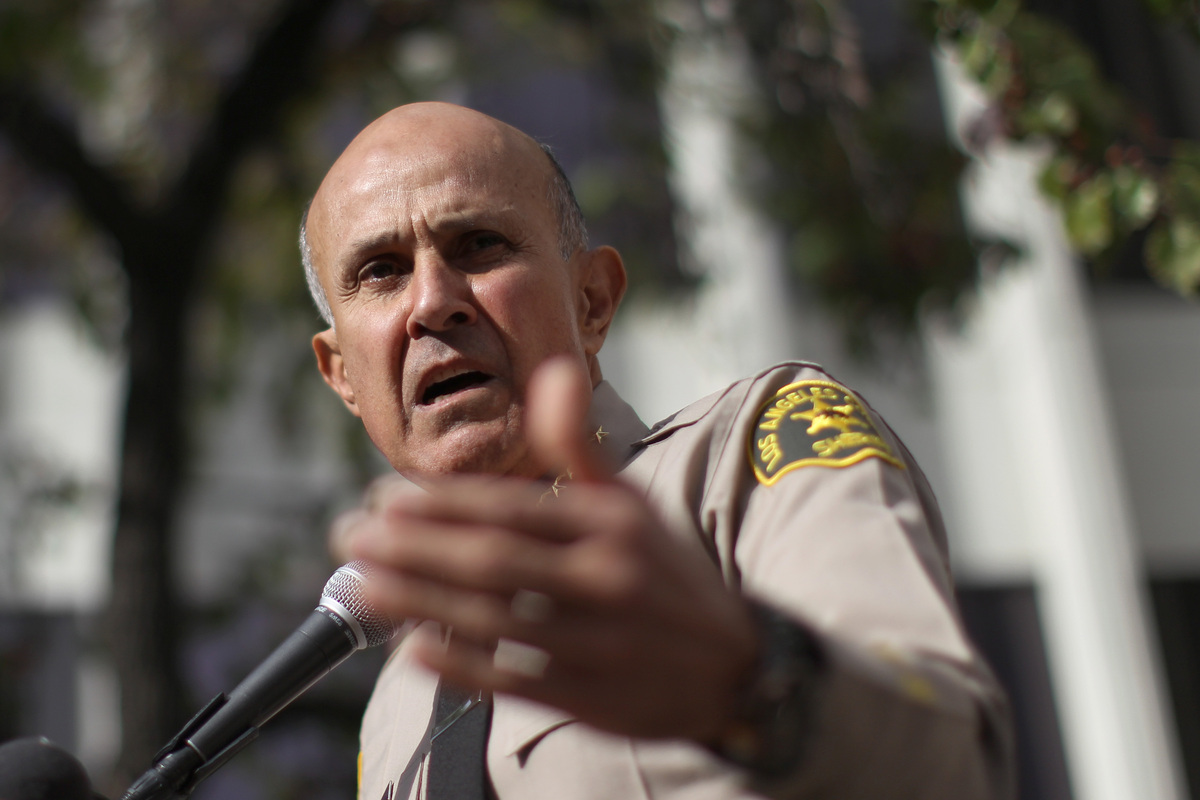 With his department steeped in scandal, Los Angeles County Sheriff Lee Baca announced he would retire at the end of the month.

At a press conference on Tuesday, Baca said he would not seek reelection for a fifth term as sheriff.

"The reasons for doing so are so many. Some are most personal and private, but the prevailing one is the negative perception this upcoming campaign has brought to the exemplary service provided to the men and women of the Sheriff's Department," Baca said.

As NPR member station KPCC reports, Baca is stepping down:

"... amid a growing scandal over inmate abuse at the jails that saw [more than a dozen] deputies charged with crimes. Some of those deputies are also accused of attempting to obstruct an FBI investigation into the Sheriff's Department."

"He already faced challenges from his former top aide, Paul Tanaka, and retired Cmdr. Bob Olmsted," the Times reports. "Baca had ousted Tanaka last year amid allegations of brutality by deputies in the jails and other problems."

The AP reports that Baca did not answer questions about whether he was worried that he may be indicted as part of the federal probe. The AP adds:

"Baca had weathered other controversies about his department but the indictments came as the strongest challenge to his legacy. The announcement came as a surprise less than a month after Baca defiantly said the criminal investigation wouldn't drive him from office. He said he began thinking about retirement over this past weekend.

"'I don't think anyone expected this,' Los Angeles County Supervisor Don Knabe said. 'We're all caught a bit off guard.'

"Because Baca is not serving out his term the five-member Board of Supervisors will be tasked with choosing an interim sheriff. Baca recommended Assistant Sheriff Terri McDonald."

Baca's term was due to expire near the end of the year.