Accessibility links
The Case For Clemency: Expert Says Snowden Deserves A Pass : The Two-Way Jennifer Granick, director of civil liberties at the Stanford Center for Internet and Society, tells NPR that the former NSA contractor should be thanked for revealing questionable surveillance activities.

The Case For Clemency: Expert Says Snowden Deserves A Pass

The Case For Clemency: Expert Says Snowden Deserves A Pass 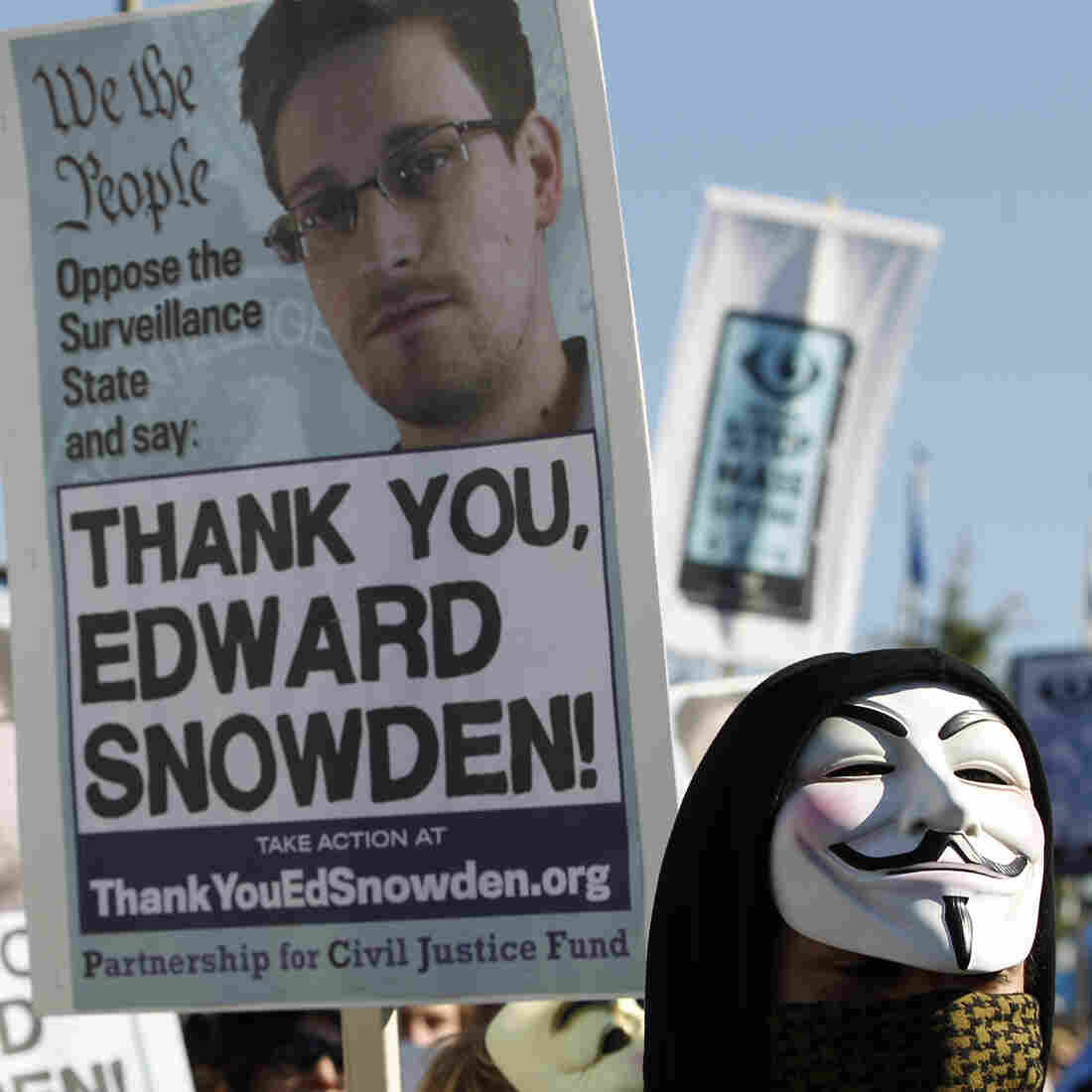 A demonstrators shown during a march in October outside Capitol Hill demanding that Congress investigate the NSA. Jose Luis Magana/AP hide caption 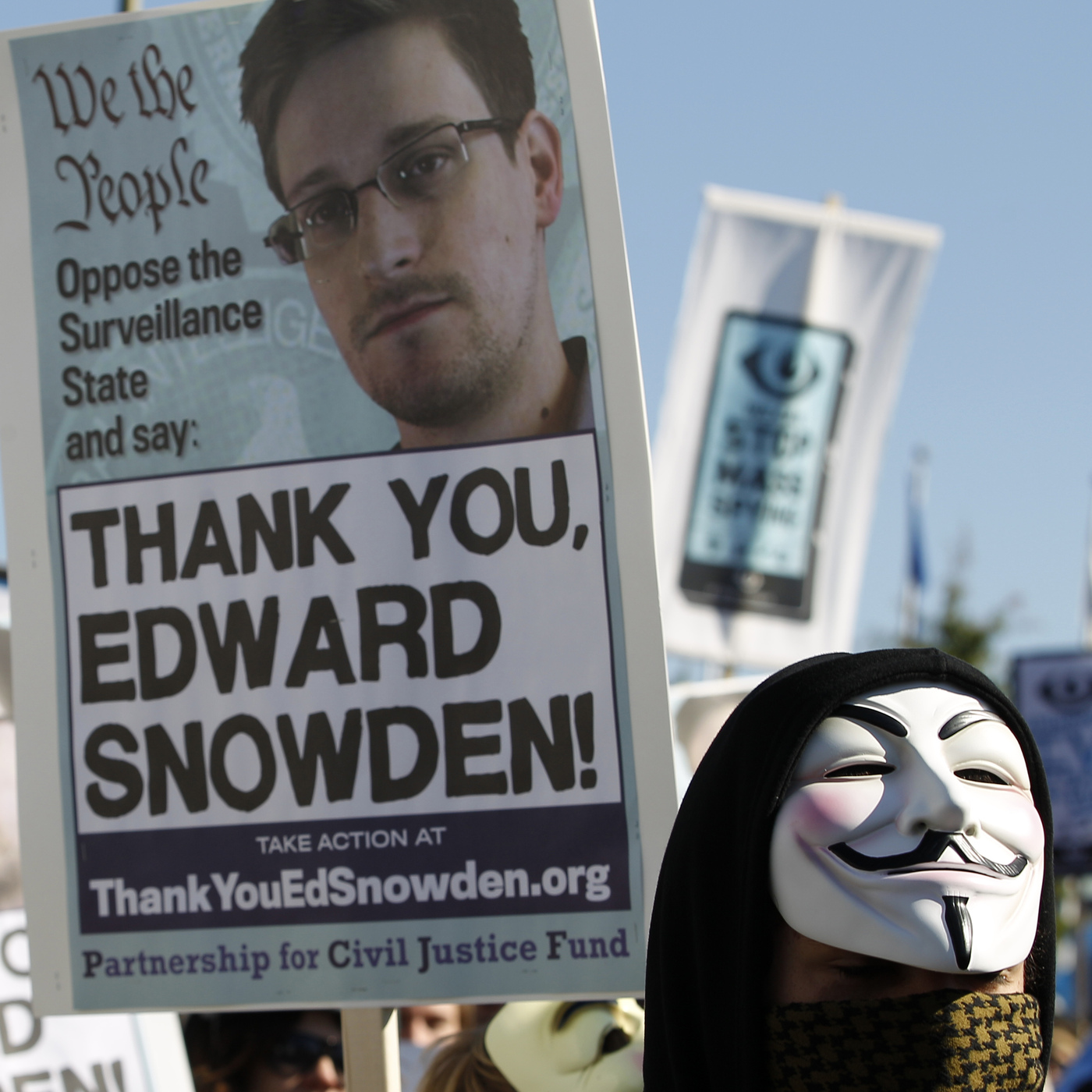 A demonstrators shown during a march in October outside Capitol Hill demanding that Congress investigate the NSA.

What's to be done about Edward Snowden?

As the courts consider whether the National Security Agency's surveillance practices are constitutional, NPR's Morning Edition is speaking to individuals making the case for and against granting clemency for the man whose leaks cast a spotlight on U.S. spying.

Host David Greene spoke with Jennifer Granick, director of civil liberties at the Stanford Center for Internet and Society, who says Snowden is owed a debt of gratitude for revealing things about our government that we wouldn't have known without him.

Granick says although there were whistle-blowers hinting at the same things that the former NSA contractor ultimately brought to light, "the documents that Snowden took proved the truth of what those whistle-blowers and what Edward Snowden was saying."

"We've learned much ... that's disturbing, and we have Edward Snowden to thank for that," she says.

Following a series of exposés on NSA activities — including collection of telephone metadata and monitoring of Internet data — published by The Guardian last summer, the U.K. newspaper revealed the source of that information in June to be Snowden, who fled first to Hong Kong and later to Russia, where he was granted temporary asylum.

In June, U.S. prosecutors charged Snowden in absentia with spying and theft of classified material. Right now, he faces arrest if he returns to the U.S.

Granick says she doesn't think U.S. national security was harmed by Snowden's leaks. She adds: "And if you look at the statements of officials, they haven't identified anything, either. They say, 'Well, there might be harm; maybe there will be harm.' "

In editorials published on New Year's Day, The New York Times and The Guardian both called for clemency for Snowden.

"Considering the enormous value of the information he has revealed, and the abuses he has exposed, Mr. Snowden deserves better than a life of permanent exile, fear and flight. He may have committed a crime to do so, but he has done his country a great service."

"The debate that Mr. Snowden has facilitated will no doubt be argued over in the U.S. Supreme Court. If those justices agree with [President] Obama's own review panel and Judge Richard Leon in finding that Mr. Snowden did, indeed, raise serious matters of public importance which were previously hidden (or, worse, dishonestly concealed), is it then conceivable that he could be treated as a traitor or common felon?"

On Thursday, Morning Edition aired an interview with former NSA general counsel, Stewart Baker, who says Snowden should "do the time" for his leaks.