Accessibility links
Indian Diplomat At Center Of Row With U.S. Indicted, Leaves Country : The Two-Way Devyani Khobragade was accused of lying on a visa application about how much she paid her maid in New York. But her arrest sparked outrage in India and caused tensions with the U.S. 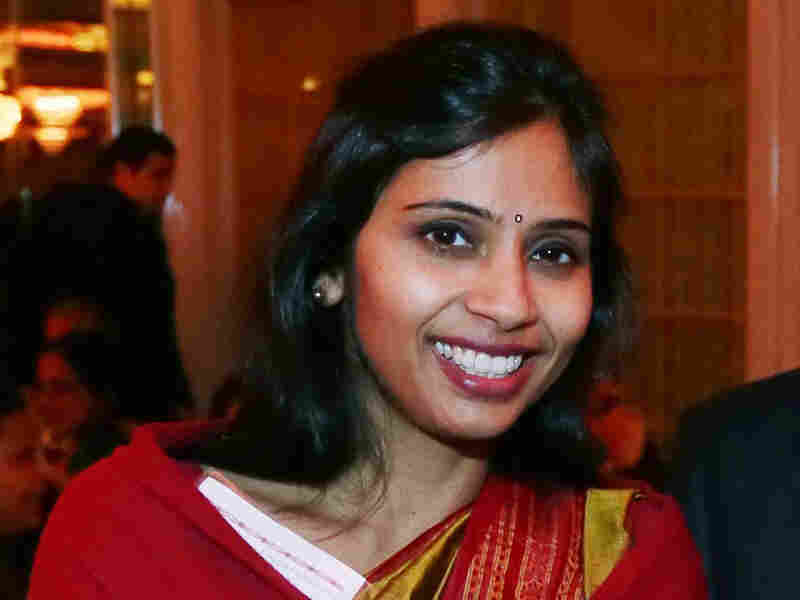 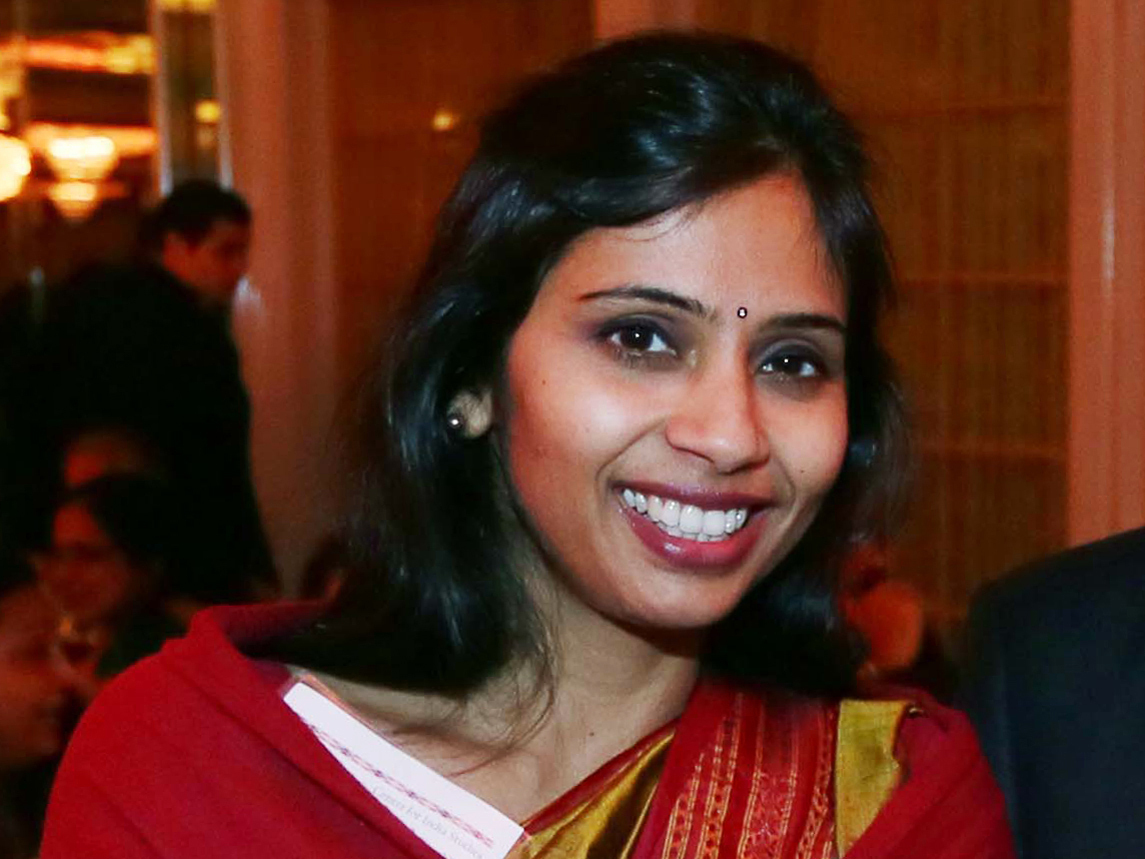 The Associated Press reports that Indian diplomat Devyani Khobragade left the United States by plane Thursday night after being ordered out of the country.

A grand jury indicted Thursday an Indian diplomat whose arrest in New York sparked a diplomatic row between India and the U.S., and the U.S. asked Devyani Khobragade to leave the country.

As we reported last month, Khobragade was arrested in December in New York for allegedly falsifying visa documents for her Indian maid. On the application, she said she paid the maid about $9 an hour when, in fact, the woman was paid about $3, well below the U.S. statutory minimum wage.

Thursday's grand jury indictment against Khobragade noted that she made "the Victim often work up to 100 or more hours per week without a single full day off, which, based on the promised salary of $573 per month, would result in an actual hourly wage of $1.42 per hour or less."

"There will not need to be an arraignment on the indictment as scheduled at this time. We understand that the defendant was very recently accorded diplomatic immunity status and that she departed the United States today. Therefore, the charges will remain pending until such time as she can be brought to Court to face the charges, either through a waiver of immunity or the defendant's return to the United States in a non-immune status."

But in a subsequent statement, the spokesman for the U.S. Attorney's Office For the Southern District Of New York said: "This Office had been advised by the State Department that, pursuant to their request, Devyani Khobragade was to have left the United States this afternoon.

Reuters reported that the "request for her to depart was part of an apparent arrangement to ease a diplomatic crisis between the two countries. Washington accepted a request by India to accredit the diplomat at the United Nations and then asked New Delhi to waive the diplomatic immunity that status conferred. India denied the U.S. request, leading Washington to ask for her departure." The news agency quoted a U.S. government official.

This isn't the first time that a diplomat has been accused of mistreating household staff. The New York Times reports that about 20 domestic worker-trafficking lawsuits have been filed against diplomats and other foreign officials in the past decade.

But Indian media reports say Khobragade was arrested and handcuffed last month as she dropped off her daughter at school. The reports say she was strip-searched and kept in a cell with "drug addicts" before posting $250,000 bail. She pleaded not guilty, and challenged her arrest on the grounds of diplomatic immunity.

The arrest incensed Indian officials who demanded an apology and began imposing restrictions on the activities of U.S. diplomats in India.

As NPR's Julie McCarthy told All Things Considered on Wednesday, India views the incident as "about [its] sense of self as a nation and place in the world."

Julie also discussed the retaliatory steps taken by India against the U.S.:

"[I]t ordered the U.S. embassy to 'end all commercial activities' inside a club that's housed in that compound. And that club is for American citizens who use the pool, the restaurant, for a steep price. And the Indians say, look, that is incompatible with the function of a mission.

"The facilities are meant for diplomats, and if you extend it to non-diplomats, that's a commercial venture, which means you must pay taxes. That is going to open an entire new can of worms with the Americans. Last week, they said the U.S. embassy couldn't screen any movies at the American Center without obtaining a license from Indian officials.

"They're also cracking down on any sort of immunity in traffic violations that were before granted to U.S. officials, so a raft of measures to make their point."

The Indian diplomat came to the U.S. in 2012 to serve as deputy consul general for political, economic, commercial and women's affairs at the Consulate General of India in New York.