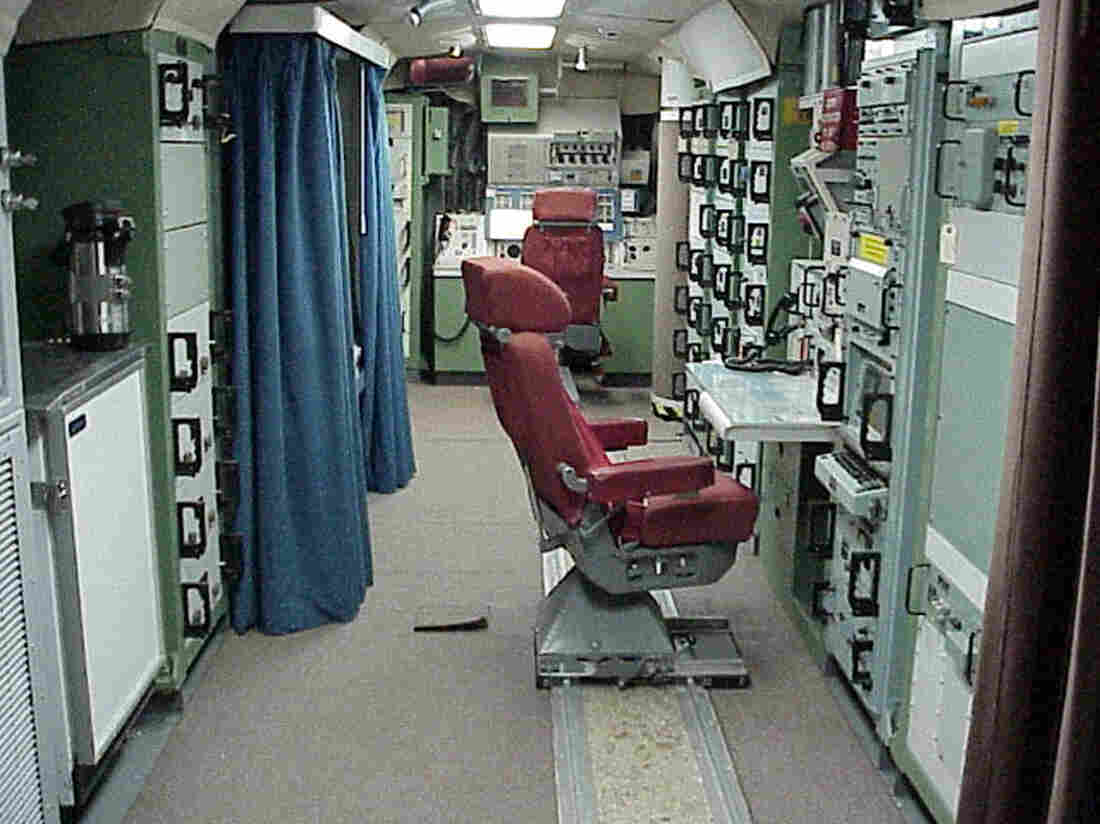 Undated handout photo of the inside of the deactivated Delta Nine Launch Facility near Wall, S.D. Anonymous/AP hide caption 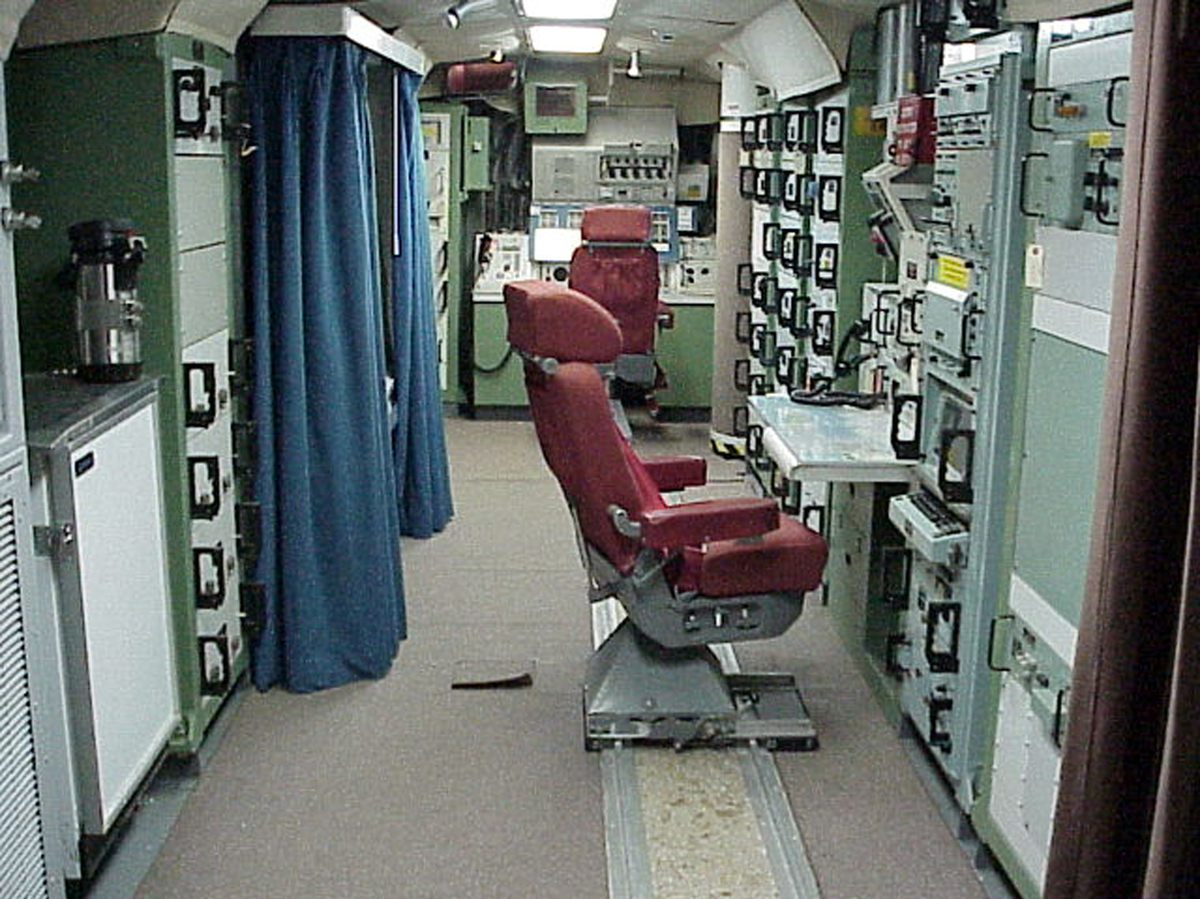 Undated handout photo of the inside of the deactivated Delta Nine Launch Facility near Wall, S.D.

Two U.S. Air Force officers with authority to launch nuclear-tipped Minuteman 3 missiles, have reportedly been implicated in an illegal-narcotics investigation.

The Associated Press, citing an unnamed official, says the officers are based at Malmstrom Air Force Base in Montana and work for the 341st Missile Wing.

The report comes on the same day that Defense Secretary Chuck Hagel is scheduled to visit a similar base in Nebraska that also houses underground missile silos.

The AP reports that "the official says the officers' access to classified information has been suspended and the Air Force is investigating."

It's the latest sign of trouble for the country's aging missile forces, which the AP says, "have been suffering under security lapses, discipline problems and low morale."

In August, the same 341st, which controls about a third of the nation's land-based ICBMs, failed inspection after making "tactical-level errors during one of several exercises," the Air Force's Global Strike Command said in a statement.

Four months previous, 17 officers at the 91st Missile Wing, based at Minot Air Force Base in North Dakota, had their authority to control missiles yanked after an inspection gave crews a grade of "D" on their mastery of Minuteman 3 launch procedures.

And, in October, the Air Force's top missile commander, Maj. Gen. Michael Carey, was relieved of command in what was described at the time as "a loss of trust and confidence ... that stemmed from Carey's "behavior during a temporary duty assignment."

Reuters reports that the general, who led the 20th Air Force headquartered at Warren Air Force Base, Wyo. — the same base that Hagel was due to visit — exhibited "drunken and inappropriate behavior while leading a security delegation to Moscow."