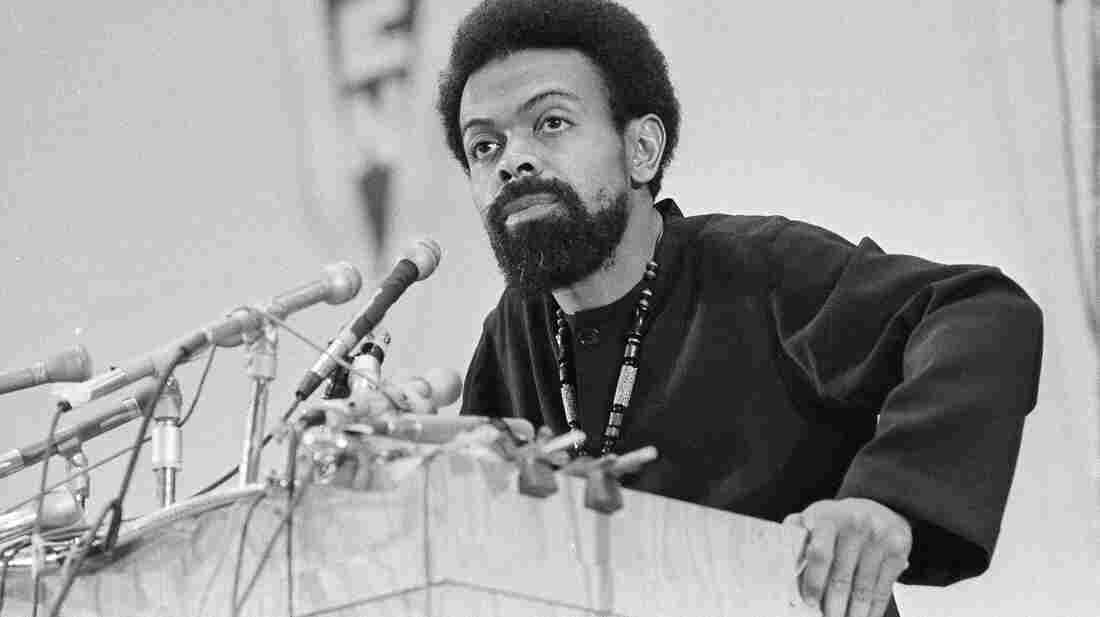 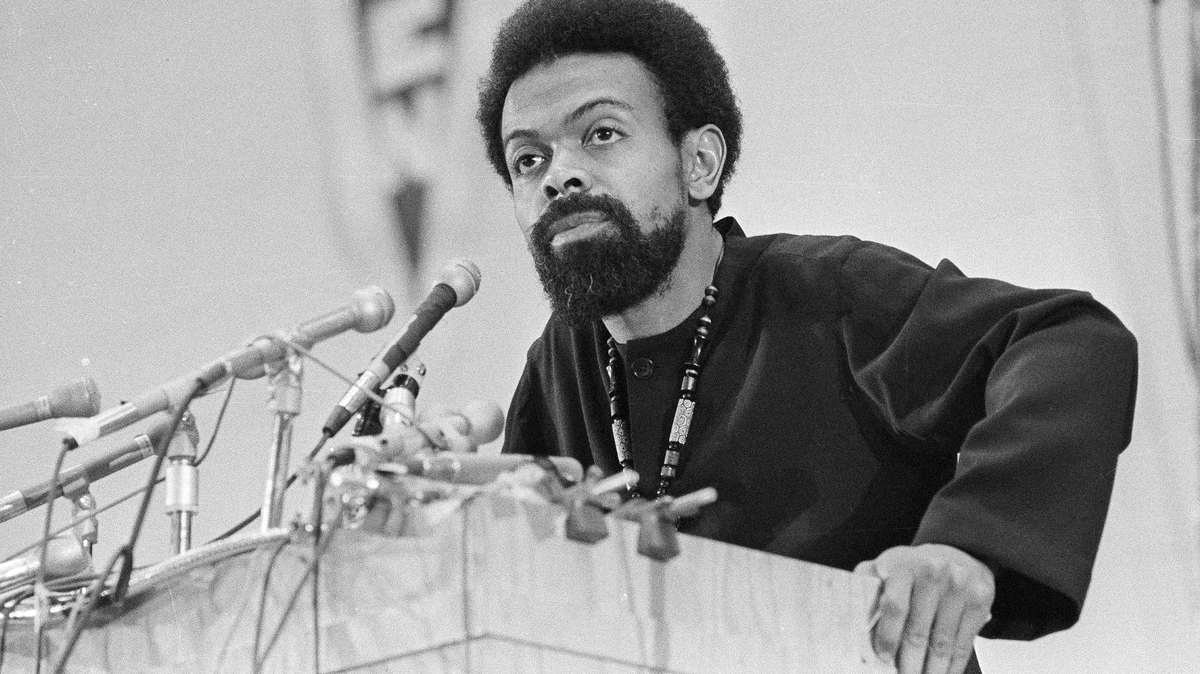 Poet and activist Amiri Baraka, seen here during the 1972 Black Political Convention in Gary, Ind., has died at age 79.

Amiri Baraka, the writer who was born LeRoi Jones, has died at age 79. Baraka's career spanned art and activism: He was an influential poet and an award-winning playwright who didn't shy away from social criticism and politics.

"Baraka had long struggled with diabetes, but it was not immediately clear what the cause of death was," reports the New Jersey Star-Ledger. The author and activist was a native of Newark.

We've updated our original post with that and other information, such as a link to NPR's full obituary for the late poet.

Controversy often visited Baraka's career — most dramatically when he wrote a poem after the attacks of Sept. 11, 2001, titled "Somebody Blew Up America."

As Ulaby reports for All Things Considered, "The poem is a furious blaze of references, from the invasion of Grenada to the Jewish Holocaust, and conspiracies ranging from who shot Malcolm X to who killed Princess Di."

The poem's strident references led some of Baraka's fans to abandon him, and prompted New Jersey officials to eliminate the state's post of poet laureate, a slot Baraka occupied when he delivered a public reading of the poem.

One of Baraka's crowning achievements stands as the cataloging of black culture and history in Blues People, "a panoramic sociocultural history of African-American music," as Eugene Holley, Jr., wrote for NPR last year.

"The book was originally titled Blues: Black and White," Baraka told Holley. "But I changed it because I wanted to focus on the people that created the blues. And that was the real intent of that title: I wanted to focus on them — us — the creators of the blues, which is still, I think, the predominate music under all American music. It cannot be dismissed, even though you might give it to some pop singer, they change it around. But it will come out. It will be heard."

As The Los Angeles Times reports, "Baraka led the Black Arts Movement, an aesthetic sibling to the Black Panthers. Although the movement was fractious and short-lived, it involved significant authors such as Gwendolyn Brooks, Eldridge Cleaver, Gil-Scott Heron, Nikki Giovanni, Ishmael Reed and Quincy Troupe."