Accessibility links
Chemical Leak Causes Water Emergency In West Virginia; Plant Shut Down : The Two-Way A chemical used to wash coal seeped into the Elk River near Charleston on Thursday. Customers in more than 100,000 homes and businesses that get their water from one local company have been advised not to drink, wash or bathe with what's coming from their taps. More than 480,000 people live in the affected area. 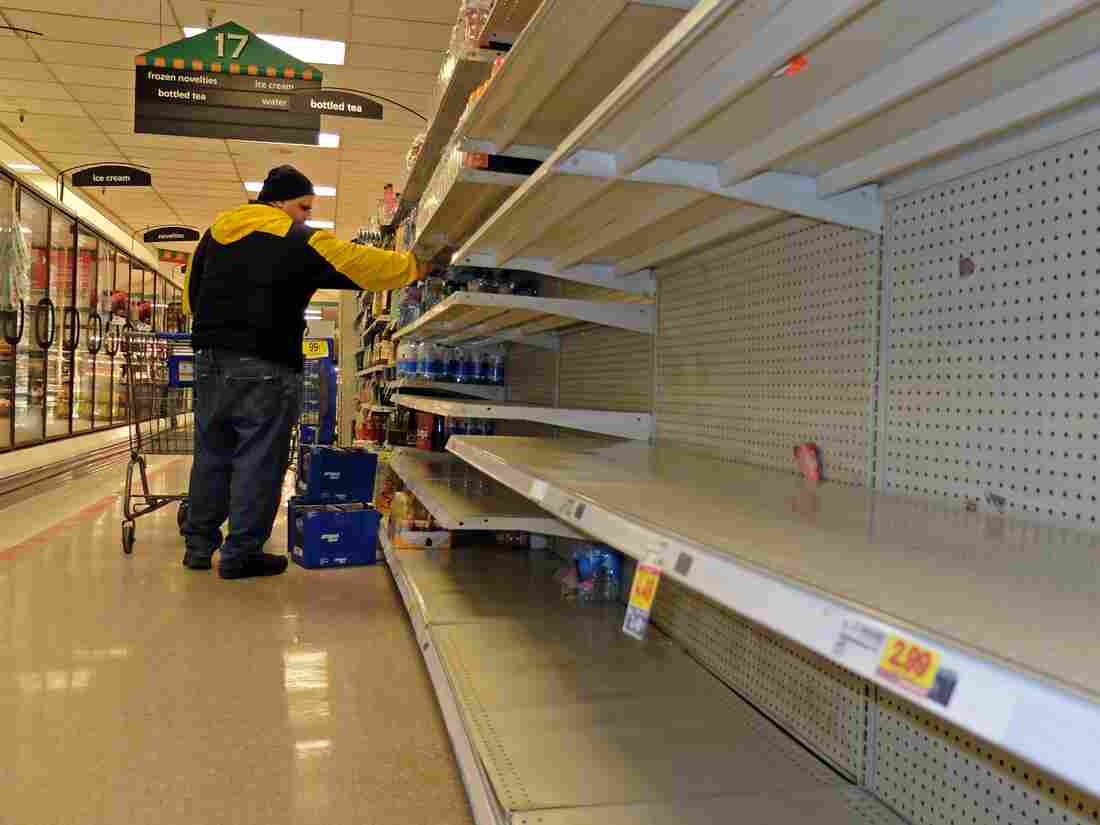 In Charleston, W.Va., the shelves of this Kroger supermarket had been nearly stripped of bottled water on Thursday. Residents rushed to buy water after a chemical spill led officials to warn that they not use what's coming out of their taps. Tyler Evert/AP hide caption 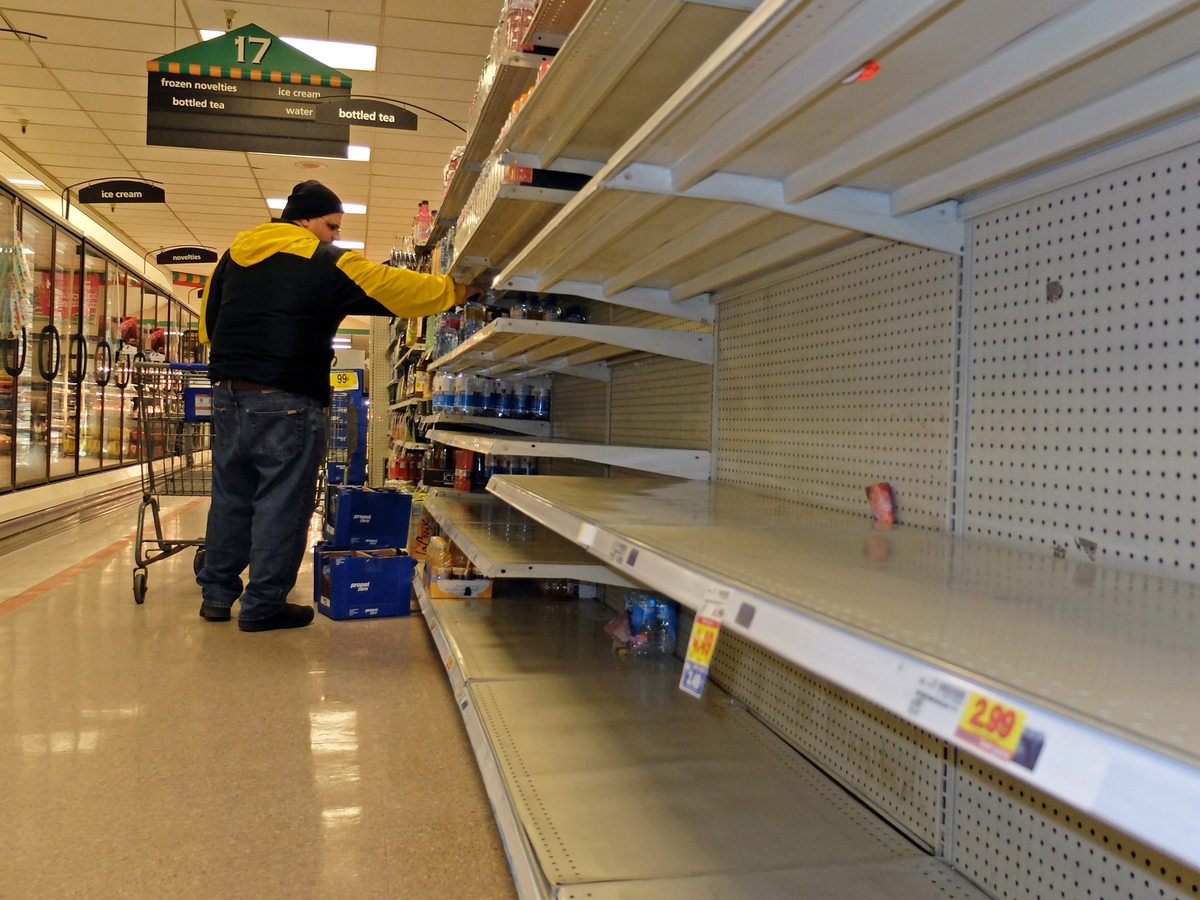 In Charleston, W.Va., the shelves of this Kroger supermarket had been nearly stripped of bottled water on Thursday. Residents rushed to buy water after a chemical spill led officials to warn that they not use what's coming out of their taps.

More than 100,000 customers of one water company in West Virginia have been warned not to drink, cook or wash with the water coming from their taps because of chemicals that seeped into the Elk River near Charleston on Thursday.

The warning covers all or parts of nine counties (listed below). More than 480,000 people live in the affected area — one-quarter of the state's population. Some surely get their water from wells that were not touched by the spill. But as The Charleston Gazette reports, so many people have been affected that "residents swarmed grocery stores, convenience stores and anywhere else with bottled water Thursday evening, and shelves were quickly depleted."

Ashton Marra of West Virginia Public Broadcasting tells our Newscast Desk that the warning "was issued after methylcyclohexene methanol — a chemical used in a coal-washing process — leaked into the local water supply of the capital city of Charleston and surrounding areas."

The chemical came from a storage tank at a site run by Freedom Industries, Ashton says. That company produces specialty chemicals for the coal and steel industries.

According to Ashton, "customers were directed not to consume or even use tap water except for flushing and fire protection. [Officials say] consuming the water could cause severe burning in the throat, vomiting and skin blistering."

West Virginia's Department of Environmental Protection has issued a cease-operations order to the company whose facility is responsible for the leak.

"Freedom industries is required to contain and recover the chemical that leaked into the Elk River," reports Beth Vorhees of West Virginia Public Broadcasting. "The company must submit a report that the tanks are reliable prior to resuming operations."

"Everything is closing and that means the Marriott Hotel, that means our Town Center Mall. No restaurant is allowed to open because you can't legally open without water."

"Officials from West Virginia American Water say they have no estimate for when they might be able to begin flushing out the system and that recent tests of the water have proved to be inconclusive," Dave Mistich of West Virginia Public Broadcasting tells the NPR Newsdesk.

Officials of West Virginia American Water, whose customers have been affected, said their treatment facility "which is near the leak site on the Elk River, could handle the leak" and safely treat the water, the Gazette says.

But Gov. Earl Ray Tomblin declared a state of emergency Thursday — saying that "nobody really knows how dangerous [the leak] could be."

The governor's decision was followed overnight by an announcement that federal officials have also declared a state of emergency in the affected areas. That should speed up federal assistance.

The Gazette adds that:

"Water was being transported into the affected counties, and emergency officials said they planned to set up distribution centers.