Accessibility links
Same-Sex Couples In Utah Made Eligible For Federal Benefits : The Two-Way The marriages of more than 900 couples have been put on hold as courts weigh in. But "those families should not be asked to endure uncertainty regarding their status as the litigation unfolds," Attorney General Eric Holder said Friday.

Same-Sex Couples In Utah Made Eligible For Federal Benefits

Same-Sex Couples In Utah Made Eligible For Federal Benefits 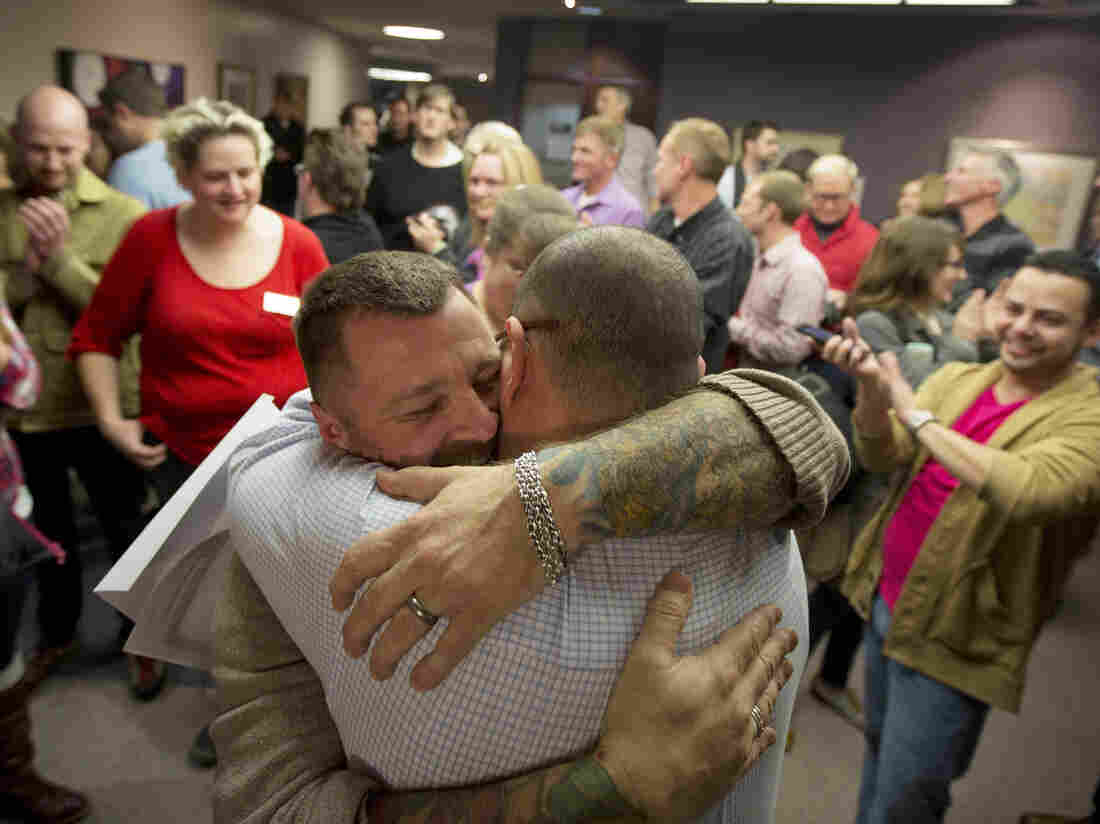 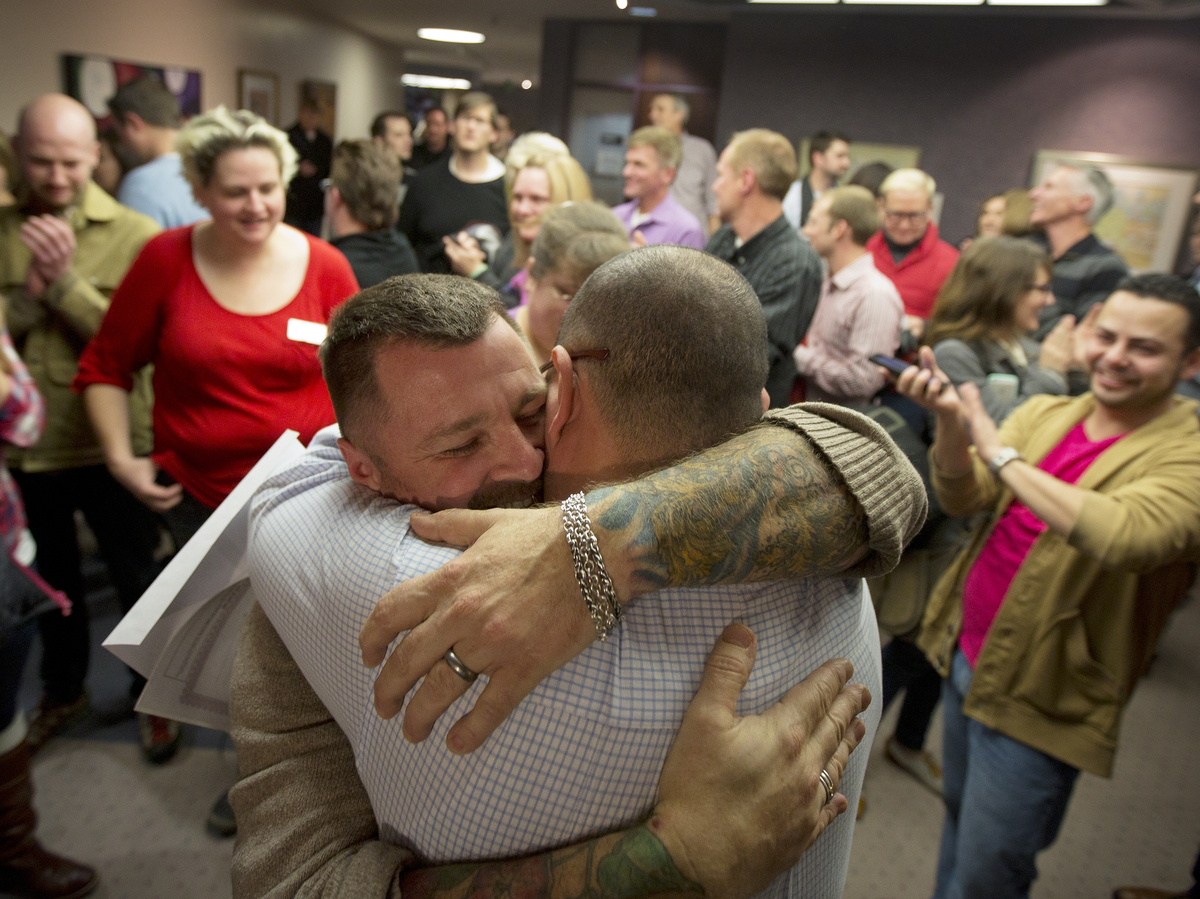 Chris Serrano, left, and Clifton Webb embrace after being married on Dec. 20 in the Salt Lake County Clerk's Office in Salt Lake City.

"Attorney General Eric Holder announced Friday that the federal government will recognize the 900-plus same-sex marriages that took place in Utah during the two weeks when such unions were legal," NPR's Nina Totenberg writes for us.

That means those couples "will be eligible for all federal benefits," NPR's Carrie Johnson adds.

In a statement, Holder says that:

"Last June, the Supreme Court issued a landmark decision — in United States v. Windsor — holding that Americans in same-sex marriages are entitled to equal protection and equal treatment under the law. This ruling marked a historic step toward equality for all American families. And since the day it was handed down, the Department of Justice has been working tirelessly to implement it in both letter and spirit — moving to extend — federal benefits to married same-sex couples as swiftly and smoothly as possible.

"Recently, an administrative step by the court has cast doubt on same-sex marriages that have been performed in the state of Utah. And the governor has announced that the state will not recognize these marriages pending additional court action.

"In the meantime, I am confirming today that, for purposes of federal law, these marriages will be recognized as lawful and considered eligible for all relevant federal benefits on the same terms as other same-sex marriages.

"These families should not be asked to endure uncertainty regarding their status as the litigation unfolds. In the days ahead, we will continue to coordinate across the federal government to ensure the timely provision of every federal benefit to which Utah couples and couples throughout the country are entitled — regardless of whether they in same-sex or opposite-sex marriages."

As Carrie has reported, extending federal benefits to same-sex couples can be a complicated process. When they are, she's written:

"Utah's position is that same-sex couples cannot file joint state tax returns. ... And if a federal return is based on joint filing, the federal figures and calculations cannot legally be used for the state return. ... This means that married same-sex couples in Utah will have to go through two completely separate tax-return filing processes — filing as individuals on their state tax returns and then starting over from scratch and filing jointly on their federal returns, if they choose to file jointly as a married couple on the federal return."

Two of our previous posts on the news from Utah: